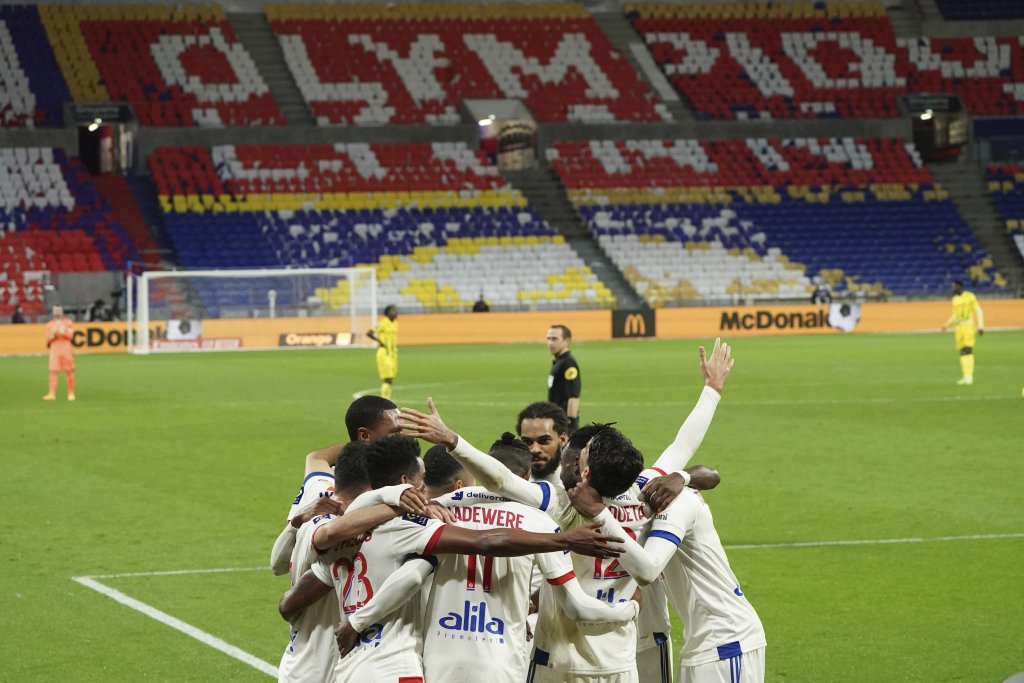 On Saturday, January 9th, Rennes take on Ligue 1 leaders Lyon in a highly anticipated fixture at the Stade de la Route de Lorient
This match marks the halfway point of the season as Lyon remain in first on 39 points, just three points ahead of perennial winners PSG, while Rennes are in fourth on 32 points
Currently, the favorite in the match is Lyon with a moneyline of +123

Ligue 1 fans are in for a treat this weekend as two teams in the top four clash at the top of the table between Rennes vs Lyon. Rennes play host to Lyon in a pivotal match for both sides. Right now, many people are asking themselves when Lyon will break? Lyon only has a one-game advantage above PSG with a disadvantage on goal difference. As Mauricio Pochettino takes the reins at Paris, Rudi Garcia and company at Lyon must realize that this is a crucial match for them to win.

Nonetheless, Lyon will not be phased as they have only lost one time in Ligue 1 this season, all the way back in September. Rennes on the other hand are not a team to take lightly. They have won four out of their last six matches and will be looking to bounce back after a 0-0 stalemate away at Nantes. Overall, this should be an enthralling match that historically has swayed very back-and-forth.

Injuries Could Play a Part for Both Sides

Unfortunately, both these sides are looking at injury lists a little bit too long for the gaffer’s liking. It looks like Lyon will still be without Moussa Dembele and Bruno Guimaraes which will hurt their depth in a big way. They both play very influential roles at Lyon, but ultimately Garcia still has a wide selection of players to choose from on the bench. In fact, Karl Toko Ekambi is back after receiving a positive COVID-19 test, which gives Garcia another great option on the front line.

Great to see Karl Toko Ekambi and @MDembele_10 again as we get straight back to work for #SRFCOL on Saturday! ✊ pic.twitter.com/UwX5jbbA0A

Meanwhile, Rennes has their own fitness problems to worry about. It looks as though they will be without Daniele Rugani, Romain del Castillo, Faitout Maouassa and striker Serhou Guirassy. Without Guirassy upfront, Rennes will have to rely on their midfield of Martin Terrier, Eduardo Camavinga, Benjamin Bourigeaud and Jeremy Doku to provide some offensive threat. Those players have tallied a combined 13 goal contributions this year so it will be interesting if they can get by an organized Lyon backline.

While injuries are clearly an influence on this fixture, one thing remains constant for Lyon. That fact is Memphis Depay and the rest of the Lyon offense which also features Tinotenda Kadewere, a player who has fit perfectly into Garcia’s side. The Zimbabwean forward has already netted seven times this year including a game-winner against PSG. Back to Depay, he is a match-winner for Lyon and that is the bottom line.

The Dutchman has ice running through his veins and at 26 years of age, he still looks like he is getting better. Also, when Barcelona is knocking at the door, the motivation to perform well is quite high if you want to prove to Ronald Koeman you are the right choice. Nonetheless, this match is not all about Lyon. In fact, Rennes has won their last two encounters, and four out of the last six with Lyon. In those same six matches, there was an average of 2.33 goals per game so there is a chance this one does stay under the total goals mark of 2.5.

With that being said, the best bet for this match is the Lyon moneyline at +123. It seems easy but ultimately, I think Lyon’s injuries will affect them a little less. Lyon are without Dembele and Guimaraes, but they still will put out a well-oiled machine onto the pitch come Saturday. Rudi Garcia’s men are on just an impeccable run of form as well which only adds to the reasoning of why Lyon is favored. Lastly, whenever you see plus odds for a league leader that has not lost since September, it is a smart bet.