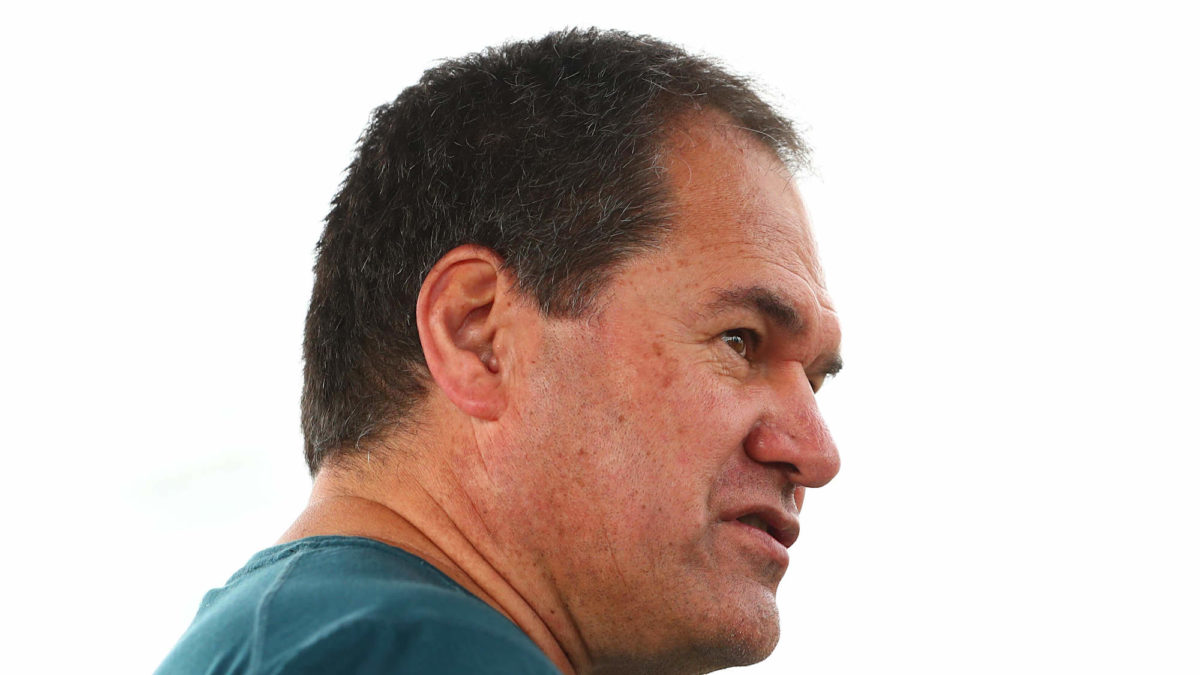 Scotland forward Matt Fagerson has hailed the Wallabies team being developed by his former Glasgow coach Dave Rennie as “brutal” and “brilliant” and given an excellent insight into Rennie’s character.

Fagerson says the freedom to play, instilled by Rennie into the resurgent Australians poses big dangers for his Scottish team in their Test match early Monday (AEDT).

Australia have won five matches on the bounce, scoring an average 30 points per game, and the Scotland backrowrer attributes the run to Rennie’s inventive influence.

“They love to play from deep and they are pretty brutal in the contact and clear-out, and they have some brilliant tacklers as well,” Fagerson said.

“Dave was a brilliant coach. You played before you kicked, he bred that into the whole squad.

“You can see little bits but he has clearly taken on Australia and he is doing an amazing job, and it’s great to see. He has put his own spin on where he wants them to go.

“They won’t be afraid to play, that was a massive thing for him. We played Exeter at home one year and scored two from our own five-metre line, because that was the way he wanted us to play. We came out on top by about 20 points. 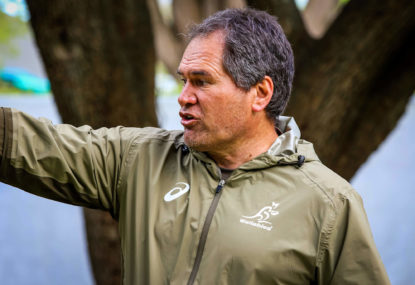 “They will be trying to play expansive rugby and keep the ball in hand.”

Fagerson made his Warriors debut under current Scotland head coach Gregor Townsend in September 2016 but got his first professional contract 13 months later after Rennie’s arrival.

The 23-year-old said: “I am very fond of Dave, I thought he was a great coach and he was really, really good with me.

“We had some really good honest discussions about things to work on, things I was doing well, my he was picking me, why I missed out on that game. That was something I really respected about him.

“In terms of things that really stuck with me, my footwork was probably a big thing for him. Something he really liked in a back-row, who is meant to be steamrolling heavy cannon straight at boys, he quite liked the fact I could get soft shoulders here and there.”


‘World Cup is a goal’, ‘Quade motivated me’: Everything Kurtley Beale said on Wallabies return


Sir Michael Jones: Perfectly balanced both on and off the field

Fagerson has established himself as a regular Scotland starter but showing Rennie how he has developed on the mark is not the forward’s focus of the reunion.

“It’s not so much a motivation,” he said. “It will just be really good to play against a team he is coaching and get a catch-up with him after the game, because it’s been a long time and I have a lot of respect for Dave.”

The game is set to be the No.8’s first against Australia.

“It will be amazing,” he said. “I remember watching the tour when they went to Australia and I remember being at Murrayfield when we played them last as well. So it will be special to play against them, if selected.

“They come off the back of winning five games in a row, they beat the world champions twice and Japan as well, who are playing some good rugby.

“They are developing as a team so it will be a massive challenge for us but one we are looking forward to.”