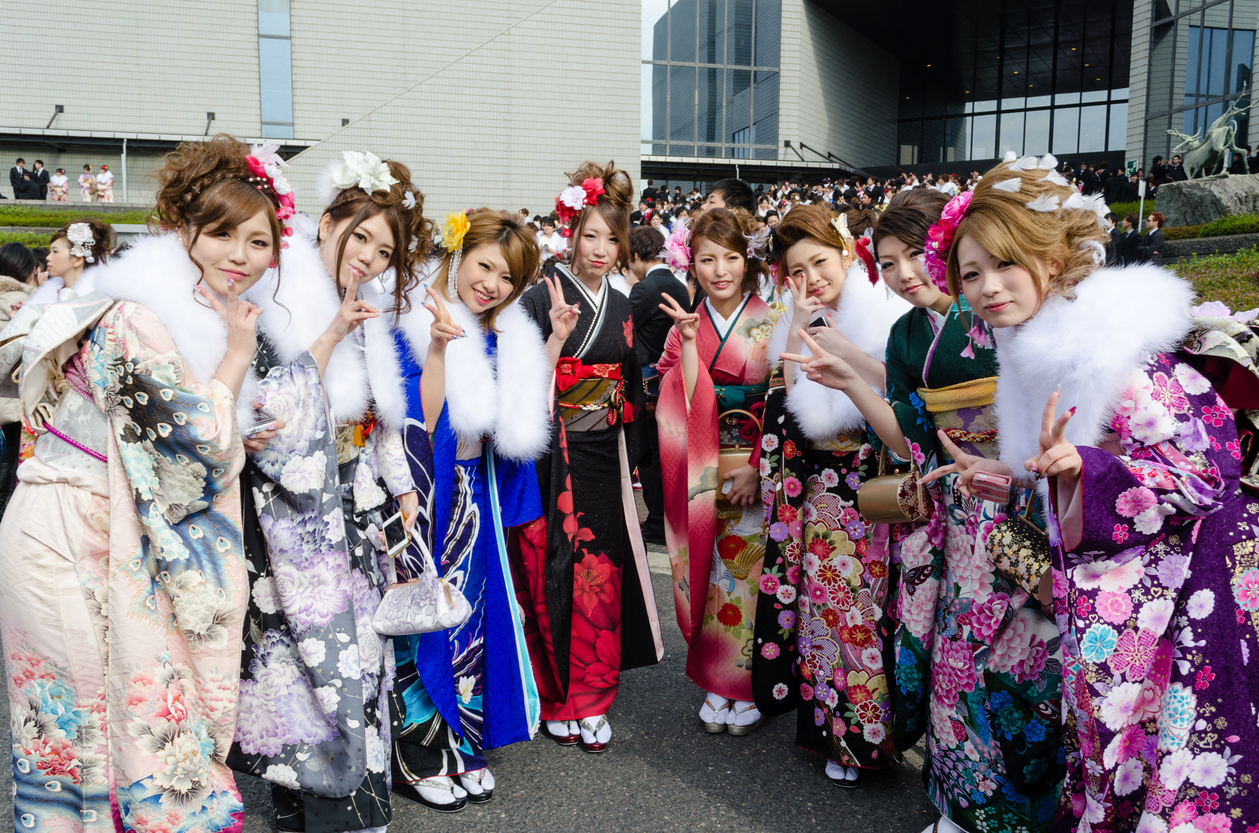 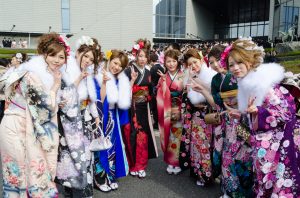 Seijin no Hi, or Coming of Age Day, is one of the most important national holidays in Japan, not only due to the scale of preparation and publicity but also because it’s one of the most colorful and picturesque events throughout the year.

The holiday, held on the second Monday of January, celebrates young people who have reached the age of 20 in the past year — Japan’s official age of majority. It’s a rite of passage and an opportunity for adults to remind future generations that maturity is not only about the ability to legally drive, consume alcohol and vote. 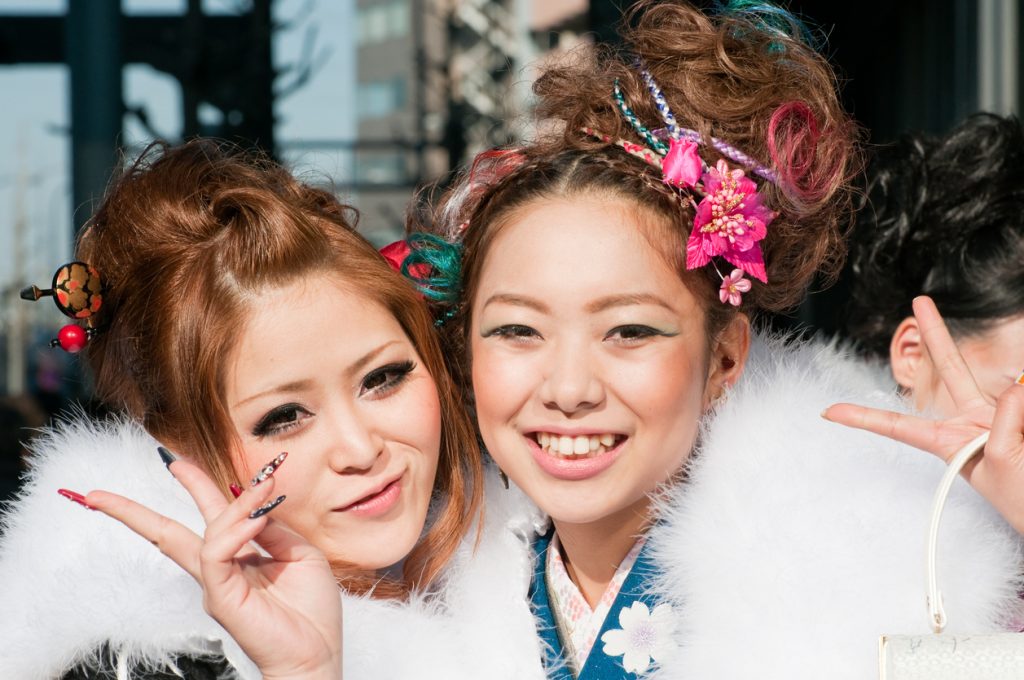 When did Seijin No Hi begin?

There are several theories regarding the holiday’s origins, including some that date back as far as the 700s, when a young prince presented his clothes and hair as a sign of becoming an adult. However, the official holiday began in 1946, when a small city in Saitama (currently, Warabi City), organized an event to give hope to younger generations after World War II. Other municipalities began to follow and in 1948, Sejin no Hi was established as a national holiday to commemorate young adulthood and celebrate their journey to a new life on their own. 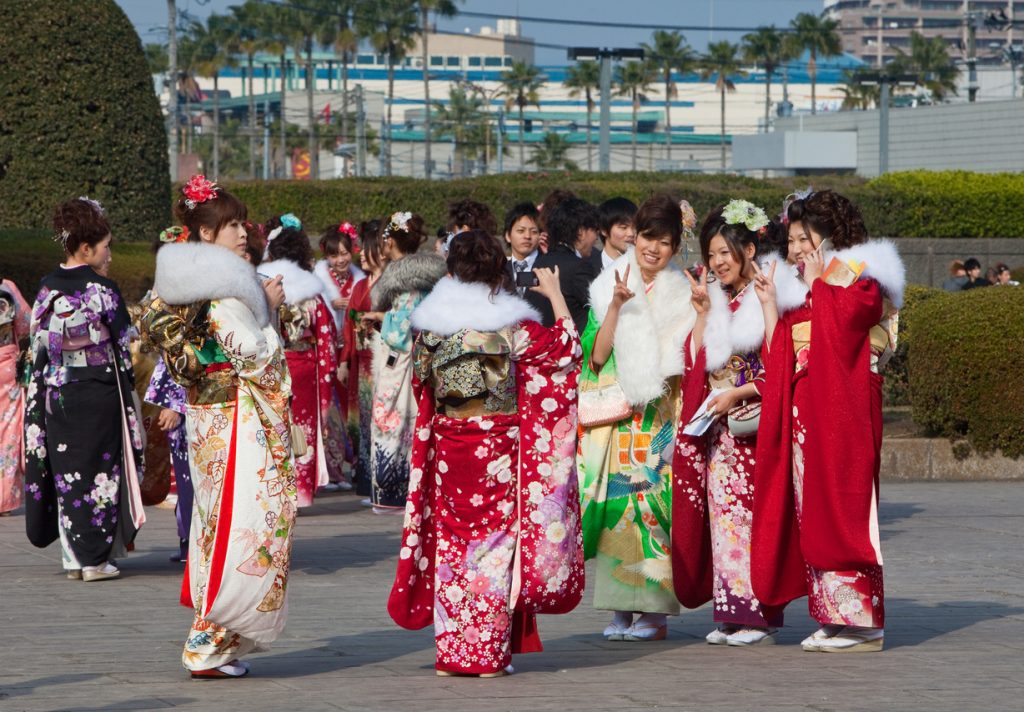 How is Seijin no Hi celebrated?

Before officially bidding goodbye to their childhood, 20-year-olds registered in the area are invited by each municipality to a large ceremony at its local city hall. A series of lectures are conducted by established adults (key city hall figures, for the most part) on what it means to be an adult and the responsibilities young people have for building the future. Participants are usually given small gifts and souvenirs of the event. The ceremony is followed by parties and family events, with some more progressive municipalities organizing visits to shrines and other popular venues in their region.

Some of the largest Seijin no Hi ceremonies are held in Shibuya, Disney Land and Meiji Jingu Shrine in Tokyo. 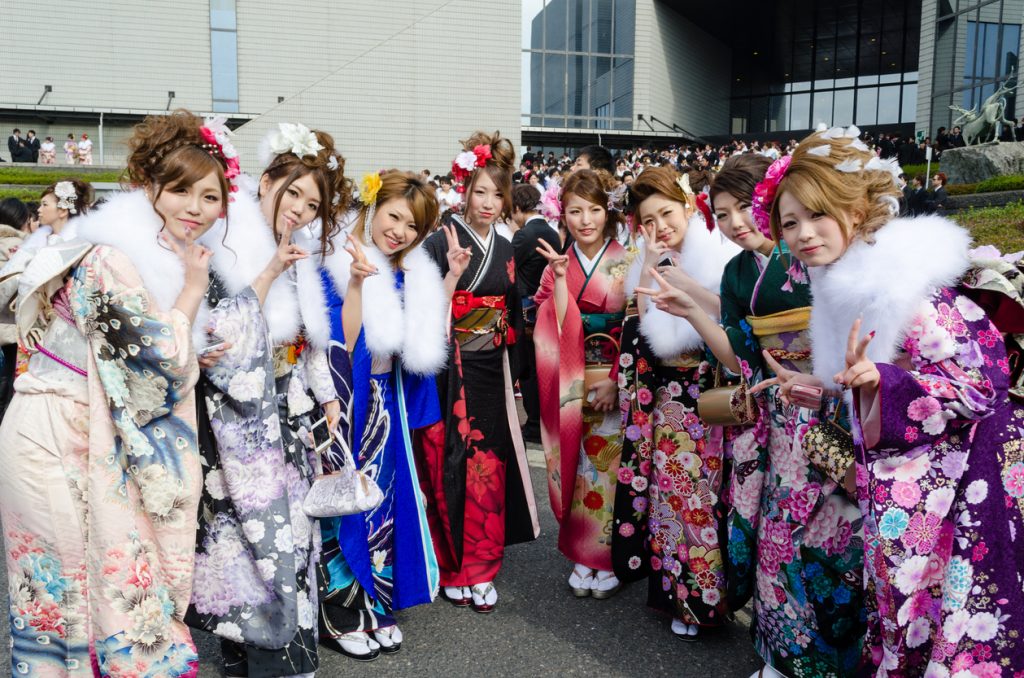 The clothing worn is crucial for this holiday and involves much preparation — especially for the young ladies. Women usually wear furisode, a long-sleeved kimono worn by unmarried women. Hair salons and photo studios begin running campaigns months ahead of time, offering hair styling and special photo options to mark the event. Most young men would also wear traditional Japanese clothing, hakama, though increasingly now, they turn to Western-style suits or other variations.

In recent years, Japan has debated the state of Seijin no Hi celebrations. It often turns into wild class reunions or graduation-style parties, largely instigated by a newfound sense of “freedom” and alcohol consumption. Hooliganism and arrests — widely broadcast by the mainstream media — are not uncommon. Several cities, including Saga, have officially proposed to rethink the holiday in order to address misbehavior associated with the celebrations.

Following the Japanese government’s amendment to the civil code, from April 2022, the adulthood age will officially be lowered from the current 20 to 18. The new adults from 2022 will be allowed to marry, sign contracts and take out loans without the consent of their parents from the age of 18, but will still be banned from smoking, drinking alcohol and gambling until they are 20. This is the first amendment of its kind in Japan in 140 years.

Though the transition into adulthood comes with responsibilities and rules, on Coming of Age Day it may be worth remembering that it is also important to preserve magical aspects of our childhood, too. Namely those of curiosity, motivation, and hope for the future. As C.S. Lewis once wrote: “Someday you will be old enough to start reading fairytales again.”