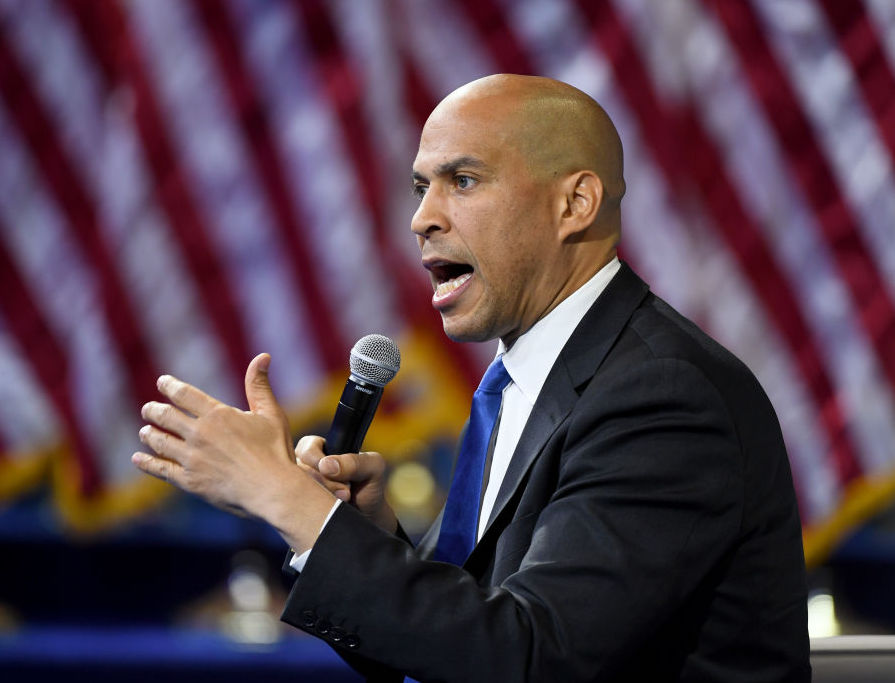 On Friday’s episode of “The Ben Shapiro Show,” the Daily Wire editor-in-chief talks about Cory Booker’s appearance at a recent CNN town hall, in which he advocated for religious discrimination. Video and partial transcript below:

BOOKER: And so for me, I cannot allow, as a leader, that people are going to use religion as a justification for discrimination. I could respect your religious freedoms but also protect people from discrimination, and as I said in the earlier answer, I grew up in a household where my parents talked to me about how people used to use religion to justify the discrimination against African Americans.

“I cannot allow”? Who the eff are you, dude? You cannot allow? Guess what, that’s not your right. My right is to act in ways that don’t harm anybody else, and if I choose to have an institution where I am going to elevate heterosexuality above homosexuality, that is not harming anyone else. You don’t have to participate in that institution. It’s a free country.

First of all, the very implication that the reason the Catholics are against homosexual activity is simply out of bigotry and discrimination is an absolute ignorance of Catholicism. It’s an absolute ignorance of the natural law history of Catholicism, of the natural law arguments with regard to human sexuality. For the same reason the Catholics are against abortion and contraception, they’re also against homosexual activity. Namely, they believe that the end of the sexual act is procreation, and that because sex is directed toward procreation and toward the deepening of relationships that end with procreation, heterosexual sex ought to be favored over homosexual activity — or by the way, over activity that ends the pregnancy outside of marriage, over adultery, over polygamy.

There are plenty of sexual rules in religion, and picking out one of them and pretending that that’s the only one that matters is pretty insane by the Left anyway. It demonstrates a full-scale lack of understanding of how religion works.

Okay, guess what? Cory Booker is discriminatory too, because I am barred from the kingdom of heaven because he and I disagree on social Leftism. Amazing. Tolerance only flows one way — it flows from people like me. Religious people like me, they don’t have any problem with Cory Booker feeling what he wants to believe, or Human Rights Campaign believing what they want to believe, or GLAAD believing what they want to believe. Do what you want, man; it’s a free country. But that tolerance does not extend back the other way. Not in any way, shape or form, and we can’t have a society that operates this way by the way.

Cory Booker is crazy, [he] was asked about the Pulse terror attack. For those who don’t remember, the Pulse terror attack — it was up until the attack in Las Vegas, I believe, the deadliest terror attack in the United States, and we still don’t know if Las Vegas was effectually a terrorist attack or a mass shooting. It’s kind of on that fuzzy border of classification because there’s no actual political motive there. [But] we know the motivation in Pulse, where forty-nine people were killed at this gay bar. The motivation of Pulse was Islamic radical terrorism.

Cory Booker tries to blame it on white supremacy, because we can never mention the intersectional conflict between radical Islam and gay rights. Whenever Cory Booker or Beto O’Rourke are attacking someplace, notice how they always attack synagogues and churches. They never have anything to say about mosques that believe exactly the same thing as synagogues and churches on traditional sexual morality. Here’s Cory Booker being a moron and suggesting that white supremacy was responsible for the Pulse terror attack.

BOOKER: So first of all, very clearly, it is a national emergency. The majority of terrorist attacks in this country since 9/11 have been right-wing extremist groups. The majority of them have been white supremacist and hate groups, and I will elevate as president United States an office on hate crimes and white supremacy to make sure it is a presidential-level effort to contact to protect our country as a whole. But I’m not stopping there.

Okay, by the way, the question that Booker was asked was about the Pulse terror attack. It sounds like he’s being asked about Tree of Life or something, [but] he was asked about the Pulse terror attack, which was committed by an actual terrorist, by an actual Islamic terrorist. Tree of Life was committed by a white supremacist, there is a bit of a difference there.

Listen to full episodes of “The Ben Shapiro Show” on iTunes.