Should cos be forced to do CSR activities? 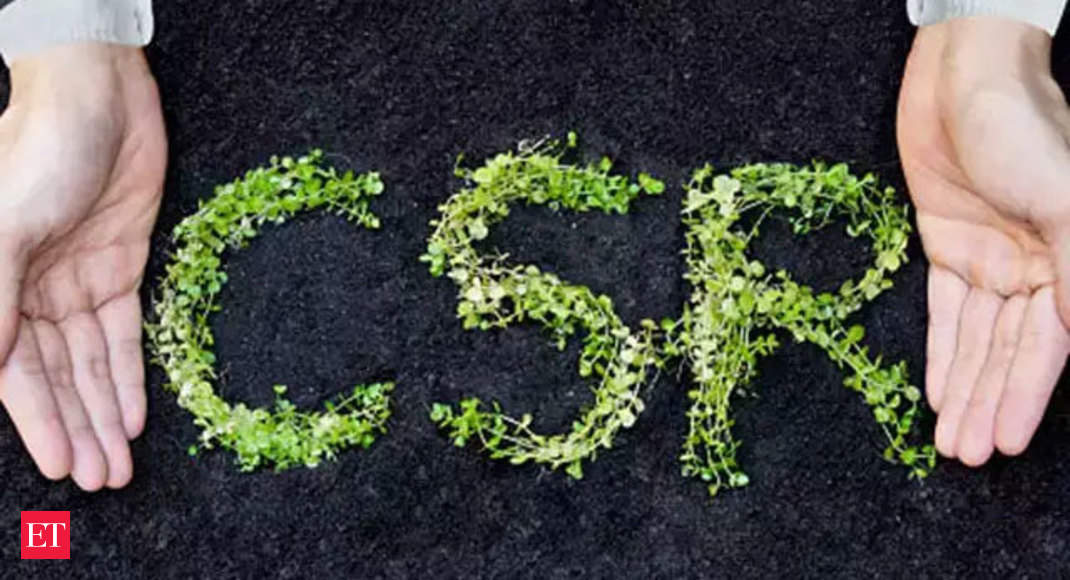 Suppose you habitually change from your staid normal self into a rollicking Kishore Kumar when you get into the shower, and change back to stodgy you once you emerge from it. Suppose, further, the family makes it a rule that unless you sing in the shower, you would not be served any food at home. You might rebel and leave home altogether or croak like a crow: you would no more sing for joy.With its new laws on Corporate Social Responsibility (CSR), the government has put companies into your musical shoes. Any company that has a net worth of at least Rs 500 crore, a turnover of Rs 1,000 crore or a net profit of Rs 5 crore is obliged to spend 2% — thankfully not 5% — of its average profits over the last three years on CSR. This was a change brought to the Companies Act by the previous UPA government, which turned what many companies had been doing voluntarily into a legal obligation. But the UPA-era legal change still lacked coercion: if a company did not comply with the CSR directive, all it needed to do was give an official explanation as to why it was being a heel.Now, failure to perform CSR duty can invite a fine ranging from Rs 50,0000 to Rs 25 lakh, and the officials held responsible for the company’s CSR deficit can go to jail for three years. Nobody spoke about it but perhaps the slogan, ‘Minimum government, maximum governance’ was part of the payload when Chandrayaan 2 was despatched to the far side of the moon.What exactly is CSR? Economists such as Milton Friedman were clear that just by doing its business well, a company discharges its duty to society in full. A company converts ordinary folks’ savings into capital and generates returns for them, whether as interest or dividends. It creates jobs, incomes for its employees and investors, pays taxes directly on its profits and indirectly on the goods and services it produces. It meets, through its output, social needs or wants. Often, companies perform research, creating new advances in science and technology. Just by being a successful and profit-making company, it meets its social responsibility.Yet, many companies have been consciously going beyond their core, corporate mandate and doing things that impact society in a gainful manner. ET Awards for corporate excellence have had a category, Corporate Citizen of the Year, long before CSR entered the Company Law in 2013. The motivation for companies to enter CSR has been varied.A cigarette/liquor/sugary drink manufacturer could develop an angelic concern for the environment and the underprivileged to mellow public perceptions of their profiteering from sin goods. Public sector enterprises have been doing CSR without ever realising what they were doing, much like lexicographer Samuel Johnson’s friend who never realised that prose was what he spoke. SAIL would build towns in the middle of nowhere, complete with schools and hospitals that were open to neighbouring communities, whose land it had taken over to open mines and build factories, give scholarships to tribal youth and employ them on the shopfloor. This won SAIL goodwill and freedom from protests and attacks of the kind that companies that were focused solely on their core operations have had to contend with. The best kind of CSR takes a form that both gives an extra benefit to society and adds to the company’s bottomline. Unilever promotes hand-washing in Africa and Asia. It reduces infections, improves nutrition and sells more soap. But India’s CSR rules prohibit labelling any activity that adds to the company’s bottomline as CSR.Mandated CSR can be wasteful. Of the amount a company spends on CSR, some would go on publicity, training of staff or searching for the right NGO, travel and staff accommodation at remote sites, besides funding, say education. Put all such expenditure by all companies and the CSR spend on peripheral activity can be huge. It would be better to take this money as tax and for the government to spend that money in a centralised and coordinated fashion.But that would boost India’s corporate tax rate to more than double the rate in Singapore. What should we do?There are benefits to being known as a corporate do-gooder. Ethical investors prefer ethical companies and have trillions of dollars at their disposal to demonstrate their preference (the Norwegian Pension Fund alone is worth $1 trillion). Consumer groups campaign to punish companies that exploit labour or destroy forests, and favour companies that are water-positive, for example. Being sustainable as a company can give a sheen to your soup and snacks, as former CEO Paul Polman showed sceptics at Unilever.If a company has the imagination to divine a strategy that converges its own profits with saving humanity, let it go ahead. If another company just wants to create lots of jobs and pay taxes and dividends, don’t burden it with do-goodery. This would ideal. In India now, we have Gandhian trusteeship being marshalled to coerce companies to do good. Indian companies now have to make profits, pay taxes, repay loans and do good. Four legs, after all, are better than two, right?