Small businesses around the world struggle to survive 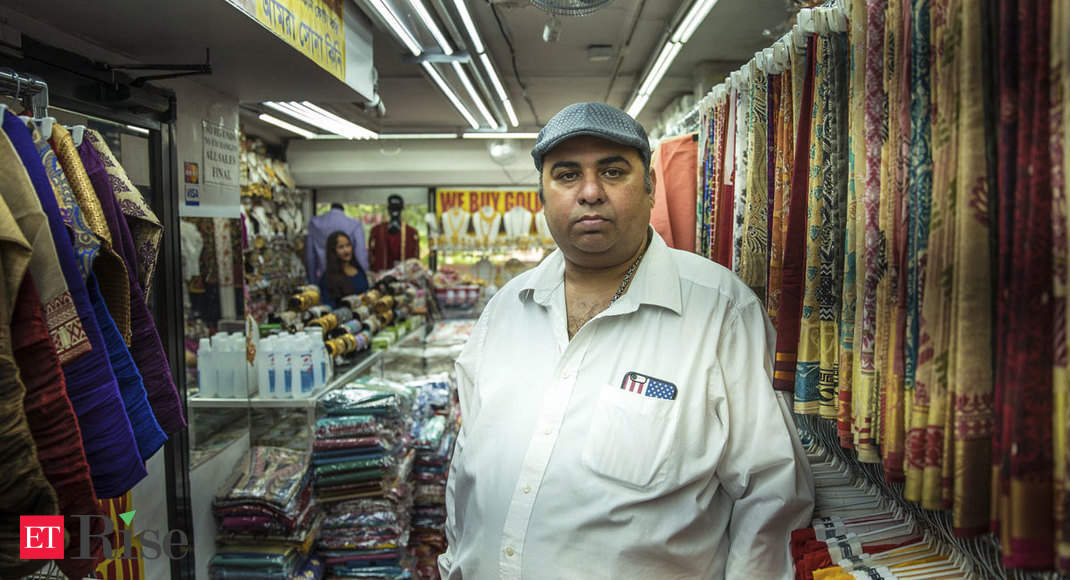 Hour after hour in the dark, Chander Shekhar’s mind raced ahead to morning.More than three months had dragged by since the coronavirus forced him to shut down his business – a shop racked with vibrantly colored saris, on a block in New York’s Jackson Heights neighborhood once thronged with South Asian immigrant shoppers. Today, finally, merchants were allowed to reopen their doors.But they were returning to an area where COVID-19 had killed hundreds, leaving sidewalks desolate and storefronts to gather dust. Overnight, the uncertainties of reopening had woken Shekhar nine times.”This is an invisible enemy that nobody can see,” said Shekhar, who is anxious about the $6,000 monthly rent at his store, Shopno Fashion. “I have worked hard for this for more than 20 years, then I got my shop. It’s not easy to leave it.”The pandemic’s toll leaves Shekhar reluctant to complain, and he knows he is not alone. As economies around the world reopen, small businesses that help define and sustain neighborhoods are struggling. The stakes are high: The U.N. estimates that businesses with fewer than 250 workers account for two-thirds of employment worldwide.Many acknowledge that reopening is just the beginning. But it is a critical milestone, a testament to their grit, creativity and some desperation. It’s about finding whatever works, because now there is no such thing as business as usual.In 15 years as a London bookseller, Jane Howe never saw the need for a website. On weekends, shoppers packed the tidy Broadway Bookshop, drawn by the store’s personalized service.”I think of it as a dinner table and I lay everything out, these delicious dishes for people to take and try,” Howe said. “It’s going to be very difficult to replace online.” The coronavirus didn’t leave much choice.76953783With foot traffic on the Broadway Market way down and distancing rules in place, it made little sense to reopen. Howe let go of three part-time staffers, tried to negotiate a rent reduction, and borrowed 50,000 pounds from the government.In mid-June, she launched a website. In the first week, the site took in 28 percent of pre-pandemic sales. In July, she began selling books from the store’s doorstep.”I’m going to give it my best shot for the next 18 months and then I don’t know what will happen after that if we don’t break even,” she said. “I’m hoping we come out of this in a year’s time … all I can do is hope we will.”DJ Johnson’s new NOLA Art Bar was filled with customers sipping cocktails on a mid-March evening when the announcement came: The city had ordered all bars to close. Johnson turned up the lights, asked everyone to leave and boarded the door.Six weeks later, he adapted to rules allowing restaurants to stay open for takeout. His bar didn’t do food. But he started making New Orleans staples like boiled shrimp, taking orders at a table in the gallery’s doorway on St. Claude Avenue. The first day he made $35.”The more I can get the word out, the better it will be for me when things are able to reopen, post-COVID,” he said. “So just weather the storm.”On June 13, Johnson started seating diners inside at half capacity. A week later, he restarted construction on a bookstore and coffee shop next door. He’s still trying to figure out what a recent decision by Louisiana’s governor to close bars for in-person service as coronavirus cases spike means for his business. But he’s determined to keep going, even if it means going back to selling to passersby at his gallery’s door.For motivation, he recalls biographies of people like Nelson Mandela, as models for overcoming adversity. “It’s discouraging. But the only thing that kept me going is, there is no quit,” he said. “You go until you can’t go anymore.”Over the years, Stephanie Skoglund invested countless hours of sweat equity renovating what was once Tenino, Washington’s general store for use as a wedding hall. This year, 40 celebrations were already on the calendar at The Vault and its sister facility. Then the coronavirus shut them down.”We’re basically wiped out,” Skoglund said. Skoglund turned off the electric circuits and water lines. She sold a dance floor for $1,000 and a large party tent for $2,600, to help cover her family’s bills.Reopening, if you can call it that, has proved just as tough. In June, people started calling to rent tables and tents for outdoor events, Skoglund’s only revenue so far. She’ll host her first wedding in late July. With 80 guests, distancing should not be an issue in a hall that accommodates 299.She’s hoping business solidifies by October. But she and her husband have talked about selling their home and businesses if it doesn’t.”I have to start thinking about how to save what I do have and not put myself in a financial position where I lose it,” she said. “Just making that decision: what’s my next step? That’s what keeps me up at night.”At the end of his store’s first day back, New York’s Chander Shekhar tallied the results — four customers and $200 in sales. He needed $700 to cover costs and turn a small profit.But that would take time, Shekhar reasoned. With people staying home and special events on hold, few needed new saris or jewelry repair. It might take the reassurance of a vaccine to bring shoppers back in full, he said.Still, it was “not a bad beginning.” And for the first night in far too long, that was enough to allow his mind some rest.