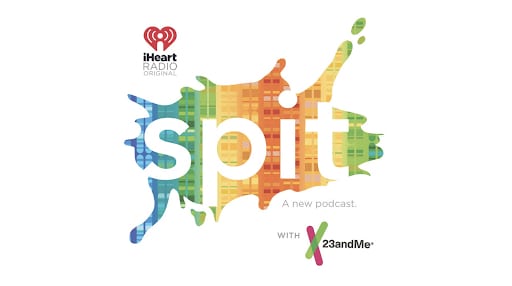 Recorded in front of a live audience at this year’s SXSW conference in Austin, the latest episode of Spit, an iHeartRadio podcast with 23andMe tackles one of our most significant public health challenges of our day — preventing millions of Americans from developing type 2 diabetes.

Hosted by writer, comedian and cultural critic, Baratunde Thurston, this episode kicks off the second season of Spit, iHeartRadio’s podcast with 23andMe. Baratunde brought together an eclectic panel that included not just Tracey D. Brown, the CEO of the American Diabetes Associations (ADA), but also country music star Tim McGraw, who has an inspiring personal health and fitness story. And rounding out the panel was Julia Hu, the CEO of Lark Health, where scientists and engineers have created a new digital coaching app to help consumers meet their diet and exercise goals.

The first step at prevention is merely raising awareness, said Brown, who took over as CEO of the American Diabetes Association in 2018 after serving as senior vice president of operations and chief experience officer at Sam’s Club.

There are huge human and economic costs to diabetes, “yet the sense of urgency (in the public) isn’t there yet,” Brown said.

Along with alerting people to this looming health crisis, people also must become aware of their own likelihood of developing diabetes. You have to “know your numbers,” Brown said. Adding that a simple glucose level blood test could alert the many people who are prediabetic, but don’t know it yet.

Brown uses herself as an example of the perils of ignoring factors that might increase one’s likelihood of developing type 2 diabetes. She developed gestational diabetes while pregnant with her daughter, and it later moved on to diabetes.

“I should have taken (it) seriously then, but I didn’t,” she said.

What really motivated Brown to change was her daughter, who had once asked: “Mommy are you going to die of diabetes?”

It’s what helped push Brown to make the lifestyle changes that have slowly weaned her off daily insulin injections. But it’s never easy, she said.

Baratunde and McGraw before the panel discussion.

As in Brown’s case, it was one of Tim McGraw’s daughters who pushed him to get healthy. Watching a preview of a film he was in, his daughter reacted to seeing him looking overweight on screen.

“My oldest daughter said, ‘Geez, Dad. You really need to do something,’” he said. “And the next day, I was in the gym.”

His daughter’s unfiltered comments brought home for him how his late nights, drinking and bad habits were impacting his health. He wanted to change that.

The son of a professional baseball player, and an athlete in his youth, McGraw got serious about fitness about ten years ago. His philosophy was to “just do something physical every day,” he said.

McGraw is working on a book about his transformation to be called Grit & Grace: Train the Mind, Train the Body, Own Your Life. He also recently launched TruMav Fitness, a health and fitness brand. And he noted that beyond helping yourself, taking steps to get healthy is likely going to motivate someone else.

Finding the motivation to make that kind of change though is often the biggest challenge, said Julia Hu, the CEO of Lark. And that’s where the company’s digital health coach comes in. Earlier this year Lark teamed up with 23andMe to provide customers the opportunity to integrate their genetic results into their digital coaching programs to help offer personalized diet and exercise suggestions and spur people toward their health goals. Lark offers a CDC-recognized diabetes prevention program that leverages artificial intelligence (AI) and the ubiquitous of smart phones to give users virtual coaching. That kind of consistent advice can go a long way in helping people achieve their goals, Hu said.

“Losing just five percent of body weight can cut the (likelihood) of diabetes in half,” she said. “Small changes can make a big difference.”

You can listen to the latest episode on iTunes or iHeartRadio.

To find out more about type 2 diabetes and diabetes prevention go to the American Diabetes Association, or the Centers for Disease Control and Prevention.