Super-successful people like Warren Buffett and Marissa Mayer swear by their hobbies, so I spent a month trying to find one of my own 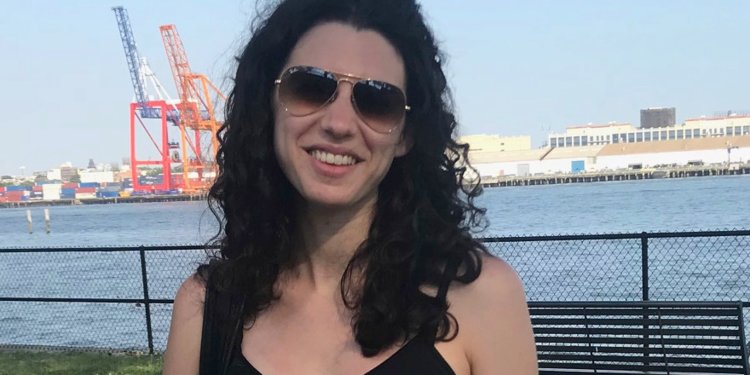 I spent a month trying different hobbies in an effort to become a more interesting person.
Those hobbies included baking, meditating, coloring, and letter-writing.
Many super-successful people, like Warren Buffett and Marissa Mayer, speak publicly about their hobbies, and experts I spoke to say hobbies can make you happier — but too few people have them.
In the end, I realized the only person I was trying to impress was myself — and I did.

My friend is showing me a photo on his phone.

We’re at a dimly lit restaurant and I have to squint to see the screen. There it is: a picture of a picture. The second picture being a poster, to which my friend has taken colored marker and scrawled words of encouragement for two other friends of his who are participating in a dance performance.

It suddenly occurs to me how meta all this is.

I’m writing a story about hobbies — specifically, my efforts to develop some and become a more interesting (or less boring) individual. Meryl Streep knits; Warren Buffett plays the ukulele; Marissa Mayer bakes. Those guys definitely have busier lives than I do, meaning I’ve got no excuse for being hobby-less.

The other night, my friend and I had spent an hour talking about my story — all the hobbies I could try and whether or not they “counted.”

Apparently, my friend had been so inspired that, after we’d parted ways, he’d gone straight to the crafts store so he could design a sign for the friends who were dancing — which is itself a very countable hobby.

“Wow!” I tell him, pointing to the picture of the picture. “I love it!”

Already I feel more interesting, even if all I’ve done is serve as a hobbies muse. Tomorrow, the real work begins.

‘Nobody wants to hear how busy you are’ In the process of writing this story, I spoke with life coach and author Susie Moore, who told me about a “tragic” experience she has all too often. She’ll ask clients what brings them pleasure, or joy, and they won’t know how to answer. All they do aside from work is work out, sleep, and go to the bar, Moore said.

Admittedly, though I could easily relate to Moore’s clients, joy was not my primary motivation in experimenting with four different hobbies over the course of a month. Instead, I wanted to be less boring. When people ask what I’ve been up to lately, I wanted to not have to rack my brain, only to turn up a week-long vacation I took last summer.

Jaime Kurtz, an associate professor of psychology at James Madison University, agreed: “Nobody wants to hear how busy you are,” she told me. “I find that’s so tedious. We’re all busy.” Instead, Kurtz said, if you’re passionate and excited about something you’re working on, that will inevitably draw people to you. My foray into hobbies began with crayons. One evening after work, I trotted over to the Barnes and Noble in my neighborhood and asked a salesperson, not without a bit of sheepishness, to please direct me to the adult coloring books section.

I’d heard about this trend a few years ago — apparently, coloring could be the perfect antidote to the kind of stress and anxiety most grown-ups experience every day.

But at the bookstore, it took me only a few minutes of leafing through the options to realize that grown-up-style artwork — full of hypnotic patterns and geometric shapes — is decidedly not for me.

Instead, I chose a fairy-tale-themed coloring book, designed by Eriy. It’s gorgeous; the artist used the tip of a toothpick (a toothpick!) to create the designs, and the front flap of the book reveals a map of the entire kingdom.

Back home, I plopped down on the couch and brought life to Sareine Alley. After an hour, it looked like a low-budget version of Candy Land. I was delighted.

Later that week, I’d speak to Laura Vanderkam, an author and time-management expert, and she’d tell me that one of the benefits of having hobbies as a modern professional is that you make visible progress on something, which is inherently gratifying. Indeed, as soon as I’d tired of coloring, I’d snapped my own photo and stopped just short of proudly texting it to my mother. A few nights later, I was at Paper Source, picking out stationery for letter-writing purposes. By this time, I’d learned that half the fun of hobbies is preparing to do them. A butterfly-themed set spoke to me (also, it was about half the price of the next cheapest set).

The last time I’d sent a snail-mail letter was at sleep-away camp, where I wrote on the top bunk by flashlight, encircled by moths, and described my latest turn on the “Blob.” This time around, I was stumped. I’d already told a college friend that I was planning to write letters and promised to send the first one to him — but what to say? “Hi, work is fun, NYC is hot, today I had peanut butter?”

Eventually, I decided to write about my feelings. There’s something about putting non-metaphorical pen to paper that makes it easier to emote than typing onto a digital screen. I wrote another letter, to another college friend. More feelings.

A few weeks later, I received a text from the first friend I’d written to, with an invitation to hang out. “I think your letter made me nostalgic,” he told me over Chinese food, “and I realized how much I missed you.”

This was a curious of turn of events. Every expert I’d spoken to about the benefits of hobbies had mentioned expanding and strengthening your social network as one of the biggest. I wouldn’t have identified letter-writing as the most social of all hobbies out there, but apparently, it did the trick.

11 signs you’re going to be successful, even if it doesn’t feel like it13 signs you’re smarter than you realize20 lottery winners who lost every penny

SEE ALSO: I tried eating, exercising, sleeping, and spending ‘perfectly’ for a week — and realized I’ve been approaching my goals all wrong