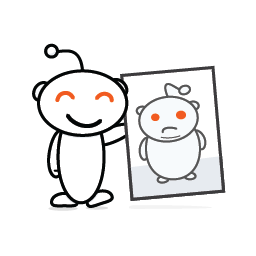 Today, I lost my 30th pound after just over 2 months of CICO. I've learned/experienced a ton that I wanted to share.

Getting started: – I started this weight loss journey in July after following r/loseit, r/intermittentfasting, and r/progresspics back in April. A constant stream of inspiration was what I needed to finally take the first step. – I realized a large part of why my weight had gotten so out of control was because I was so focused on my career and climbing the ladder that I was constantly postponing fixing my health. I still am career-driven, but my priorities have been reorganized. To some degree, it took "getting over myself", recognizing that some amount of ego was preventing me from taking responsibility for all aspects of my life including my health. – I started reducing my calorie intake sort of by accident. I just wanted to track what I was currently eating to see what my typical calorie intake was before I tried setting a realistic calorie limit goal. Day 1 of starting to track calories, I was getting ready to order a fast food lunch. When I plugged in the calorie counts, I was floored. "That's not worth that many calories!" I started tailoring my fast food orders that day to only include what I felt were "high-value" calories. – The bar for "high-value" calories seems to be getting higher and higher as I move along. For example, I really loved Panera's Mac and Cheese. I'd usually order a large portion. I cut that back to a small portion. Eventually, I realized that even the 500 calories for a small portion just wasn't worth the cost relative to other options. I cut out the mac entirely now. If I want some again in the future, it'll still be there when I hit my weight goal. – I rarely ate breakfast before, so I decided to make it official and explicitly fast breakfast. I eat lunch at 11:30ish. Dinner at 5PM, and a snack around 8PM. I'm not so strict about the times, except for lunch. I try to hold out for noon most days, but let myself eat at 11:30 if all I'm thinking about is eating. Not exactly 16/8, but roughly.

Challenges – I initially started tracking calories via the LoseIt! app. The initial calorie goal this app provided me was pretty high (2300+). This wasn't difficult to stick to at all once I had started limiting myself to "high-value" calories. After a while, my weight loss plateaued, and I felt that either I wasn't tracking my food correctly, or my calorie limit was too high. I switched to the MyFitnessPal app, which gave me a much lower calorie limit based on my average fitness level (I don't move much as a programmer, I go to the gym about once a week). I honestly prefer the LoseIt app overall, and would use it over MyFitnessPal if it would let me set my own calorie limit to match more closely at what MyFitnessPal estimated for me. – The first month of tracking calories was both fun and difficult. It was kind of like a game – "How can I fit everything I want to eat today into this limit?" The challenges came when I needed to measure homemade dinners my wife would make, or other difficult to measure meals. Initially, I was eating 2 servings of Chex Mix with a banana for lunch, pretty much daily. This was satisfying, but definitely led to some mean heartburn after a few weeks. I mix it up more now, but that's a staple meal if I'm in a pinch, easy to measure and I genuinely enjoy it. I eventually bought a kitchen food scale which has helped out a lot with measuring homecooked meals. – I really enjoy soda, I still incorporate soda into my calorie limits today. I realize the processed sugars/carbs/macronutrients aren't the best, but I've tried cutting soda cold-turkey before and it lead to constant regressions, and eventually more weight gain. Part of the reason why I ate out for lunch so often is just to get a soda. The rest of the food was just a bonus. For as long as we've been married, my wife and I decided not to keep too many sweets and snacks in the house to avoid temptation. This unexpectedly worsened my own problem. So now, I keep a stash of small portioned soda cans / bottles in my office closet, and portion those out into my calorie limits with a homemade lunch. I'm willing to solve what I see as the larger problem of my weight before I focus on drastically changing what I eat.

Benefits / Life Changes: – My clothes fit so much better! Particularly my shirts. I was suffering from a bit of body dysmorphia (I thought I was a lot thinner than I actually was). I have a bunch of t-shirts that I still wear that have survived since before my weight gain that are literally hanging on by a thread (filled with holes, stretched out, faded) that I refused to get rid of because they were the only clothes I felt comfortable in. Because my wardrobe looked like it belonged to a beggar, I was constantly faced with the dilemma of having to go out and buy new clothes, specifically shirts. I loathed the fashion industry. It felt like there had been a change in how t-shirts have been manufactured over the past decade so that they fit more tightly than before, and that's why I had to stick with my homeless person's wardrobe. It went so far as me googling any companies who were still manufacturing shirts "the old way" to try find decent looking shirts in the size I thought I was. Clothes shopping has gotten much better now. I really enjoyed the sizing guide at redbubble.com (see below) for teaching me how to measure shirt sizes so I could find shirts that match what I'm expecting. For a decade or more, I've just been guessing that a pack of L or XL shirts is gonna mean a certain thing, regardless of brand or fit. I'd buy them, get them home, try them on and be completely disappointed in the way they fit/look. No one ever taught me how to do this. – My wife appreciates my weight loss. For years since we've been married, she's insisted she doesn't care about my body size one way and also felt I was pretty slim. She was just being supportive – has had friends whose husbands insist they lose weight despite not wanting to, which they found offensive/rude (completely understandable, it's a difficult subject no matter how you approach it). After having lost this much weight this far on my own, she's been much more supportive. Before, my wife insisted that I eat meals with her to guarantee we spend time together. Now, she's understanding when I eat at different times due to fasting schedules, and we make sure to spend higher quality time on a regular basis in other ways. – Much less back pain! I was waking up every morning with terrible lower back pain. I attributed this to a bunch of different things, but definitely not my weight. It had been getting worse and worse over the past 2 or 3 years. Nowadays, I wake up most days with no back pain. It still comes around if I sleep in certain positions but I expect this to get better as I continue to lose weight. – I went down 3 notches in my belt. Just before I decided to try to lose weight, I had to go buy an extra large belt (had trouble finding one big enough to fit around me). Now I'm halfway there to being too small for it. – I've stopped fidgeting so much. I had to constantly make sure my shirt was situated a certain way to de-emphasize my body shape as much as possible. Getting in and out of a car is so much more comfortable now, same for my desk chair.

Motivation: In hindsight, I was constantly overeating to try to keep myself in a sort of food coma. Now, I'm completely obsessed with a) fitting a bunch of good tasting food into a daily calorie limit and b) watching the number on the scale go down. I know these are also not the healthiest replacements for just straight up living a healthy lifestyle for the sake of it, but I'm ok solving one problem at a time, I'm not perfect.

How do I choose the perfect size?

TLDR: Weight loss is good, sometimes hard, but definitely worth it and definitely doable for anyone who wants it.