Symposium: Corruption is not a crime 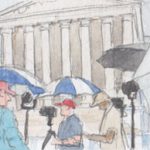 The circumstances surrounding the “Bridgegate” controversy are appalling. The thought that automobile drivers and their passengers were subjected to a “crippling gridlock” in an alleged effort to retaliate against a mayor who failed to endorse then-Governor Chris Christie in his reelection bid is beyond comprehension. Likewise, lying about the purpose of the lane realignment is the height of unethical conduct. It is easy to conclude that the conduct involved is wrong. But conduct that is wrong, unethical or potentially harmful is not necessarily criminal under existing federal laws. This is especially important when the conduct relates to politics.

Many perceive corruption to be a crime. In fact, however, corruption is not a federal crime, unless one is speaking about corruption of seamen and confederating with pirates, activities that are prohibited under the only federal statute in Title 18 of the U.S. Code that actually includes the term “corruption” in the title of the statute. A host of federal statutes beyond the criminal code use the term “corruption” with regard to programs that encourage good governance, such as providing aid to countries in order to combat corruption. And, of course, sentencing provisions reference corruption offenses. One might find the term “corruption” in legislative findings regarding extortionate credit transactions, for example. So too, there is the Foreign Corrupt Practices Act, but the conduct outlined in these statutes is limited, with certain parties, such as foreign officials, excluded from prosecution. The Racketeer Influenced and Corrupt Organizations Act includes an entire definition statute that covers terms such as “racketeering activity” and what is meant by the term “enterprise.” But there is nothing to tell us what “corrupt” means because the term is not included in the description of prohibited activities under RICO.

Although some federal statutes do require a corrupt intent or a corrupt act, corruption by itself is not an offense. Corruption is a sociological concept with a long history that sometimes includes discussion of fraud. As with many such terms, like white-collar crime for example, laws have been developed to address conduct that falls within the sociological framework. But to claim that corruption or white-collar crime should by itself be punishable puts us back to a day of common-law criminal concepts and not the statute-based society that we have become. As aptly stated by Special Counsel Robert Mueller in the Mueller report, “collusion is not a specific offense or theory of liability found in the United States Code, nor is it a term of art in federal criminal law.” And just as Mueller limited his review to potential crimes existing in the federal code, so should the Supreme Court focus on the specific language found in the applicable statutes under review in Kelly v. United States.

The statutes involved in Kelly cover “theft or bribery concerning programs receiving federal funds” and “wire fraud.” Both statutes are relatively new to the construct of fraud statutes that emanate from an 1872 mail-fraud statute that came with no legislative history and was a mere single provision (Section 301) of the recodification of the Postal Act. Federal program fraud was added to the criminal code in 1984 and wire fraud was added in 1952. And a congressional committee raised concerns about the breadth of the wire-fraud statute when passing the later bank-fraud statute, explaining that the “Committee believes that while the additional activity that could thus be brought within the purview of the language might well be reprehensible, and probably should be criminal, due process and notice argue for prohibiting such conduct explicitly, rather than through court expansion of coverage.”

In Kelly, the court will need to decide whether the conduct of Bridget Kelly fits into the elements of these two criminal statutes, and, if the statutes are too expansive, whether to limit them as it did in Skilling, or to use the longstanding rule of lenity, which favors the defense when there are two possible constitutional interpretations of a statute. Hopefully, the court will remember that its role is to interpret the statute and not subject the law to “invention,” as duly noted by the late Justice Antonin Scalia in his Skilling concurrence.

In this case, there are no allegations of bribery or kickbacks, a fact that precluded the government in a post-Skilling environment from using the honest-services-fraud statute. Instead, prosecutors resorted to the generic wire-fraud statute, requiring the government to meet the statutory element of “money or property.” And in a convoluted maneuver that only a trapeze artist could accomplish, the government attempts to show that the cost of extra employees to staff the toll lanes and prepare the traffic-study report that the government argues was a mask for improper political motivation constituted a deprivation of “money or property.” One has to ask whether every study that has proved to be ineffective in state government could suffice for meeting the “money or property” element, and whether the Supreme Court will allow future prosecutors to indict individuals whose true motivation for a decision is political.

It is particularly important to restrict the statute to its express terms in this case. People all know that murder, rape, robbery, arson and burglary are crimes. They know that transgressing the statutes that proscribe these common-law offenses can result in jail time or other criminal punishment.

Less clear and more amorphous is conduct related to politics. After all, would we want to have made then-presidential candidate George H. W. Bush’s statement – “read my lips, no new taxes” – followed by an election and then new taxes – a crime? One could easily claim that Bush’s subjective intent was to get elected. And he did make his promise on national television, so the wires were used. But it would be absurd to find this statement covered by the wire-fraud statute’s language.

And do we want to make the mayor who prioritizes snow removal in one area of a city over another a federal criminal? Whatever the mayor’s stated reason for the plowing schedule, one could easily argue that her constituency in the first-plowed area produces more favorable votes and that therefore she committed fraud in the selection process. And if the selection happened to require additional hours or personnel, would that be sufficient for a claim of a deprivation of “money or property” for purposes of the wire-fraud statute, under which a mere interstate telephone call or email easily triggers federal jurisdiction? The bottom line is that these are regulatory matters, and the Supreme Court in Cleveland clearly precluded the use of a fraud statute to criminalize regulatory activity.

If politicians’ lies are merely a subterfuge for their actual reasons in decision-making, then a ruling for the government in Kelly would put many elected officials at risk of political indictment. The Supreme Court recognized in McCormick the importance of holding the language of the statute to a strict interpretation in the political sphere. It is equally important for the court to do so here. This is a time for the public to weigh in on corrupt politicians through elections, not for the Supreme Court to criminalize potentially political conduct in a way that might give additional power to federal prosecutors.

The post Symposium: Corruption is not a crime appeared first on SCOTUSblog.