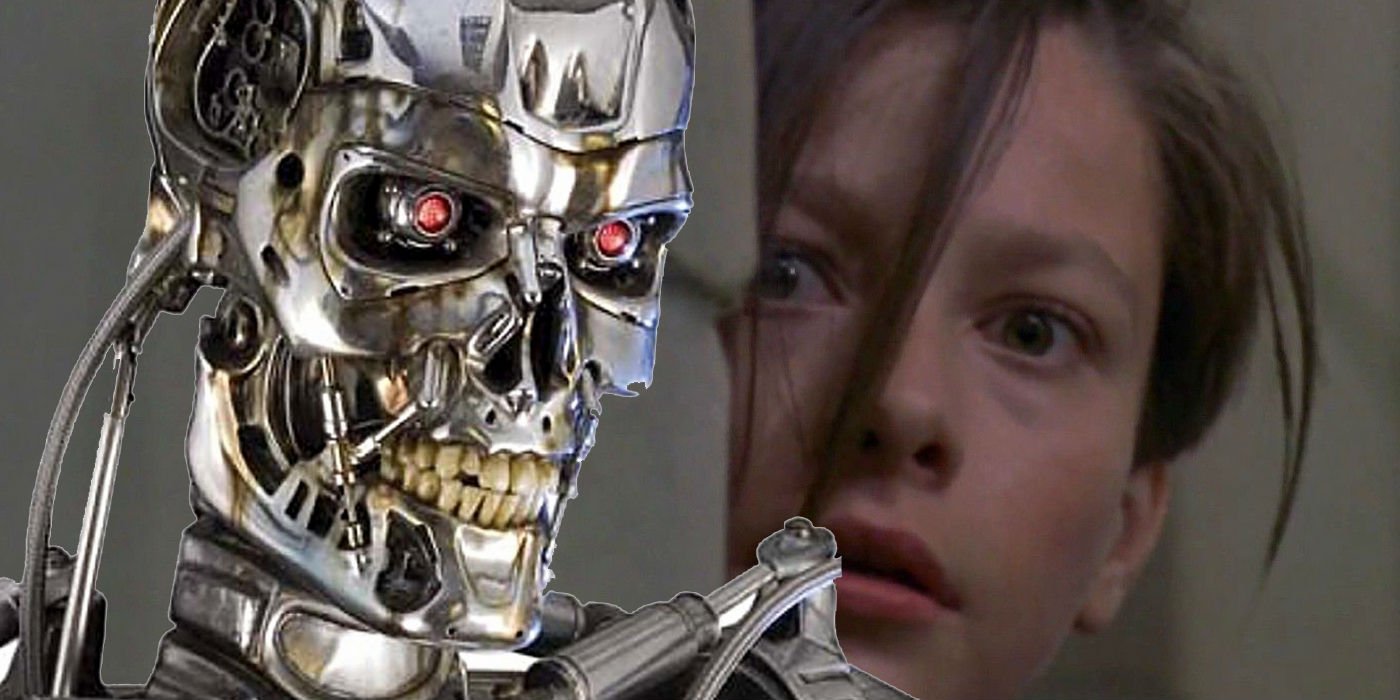 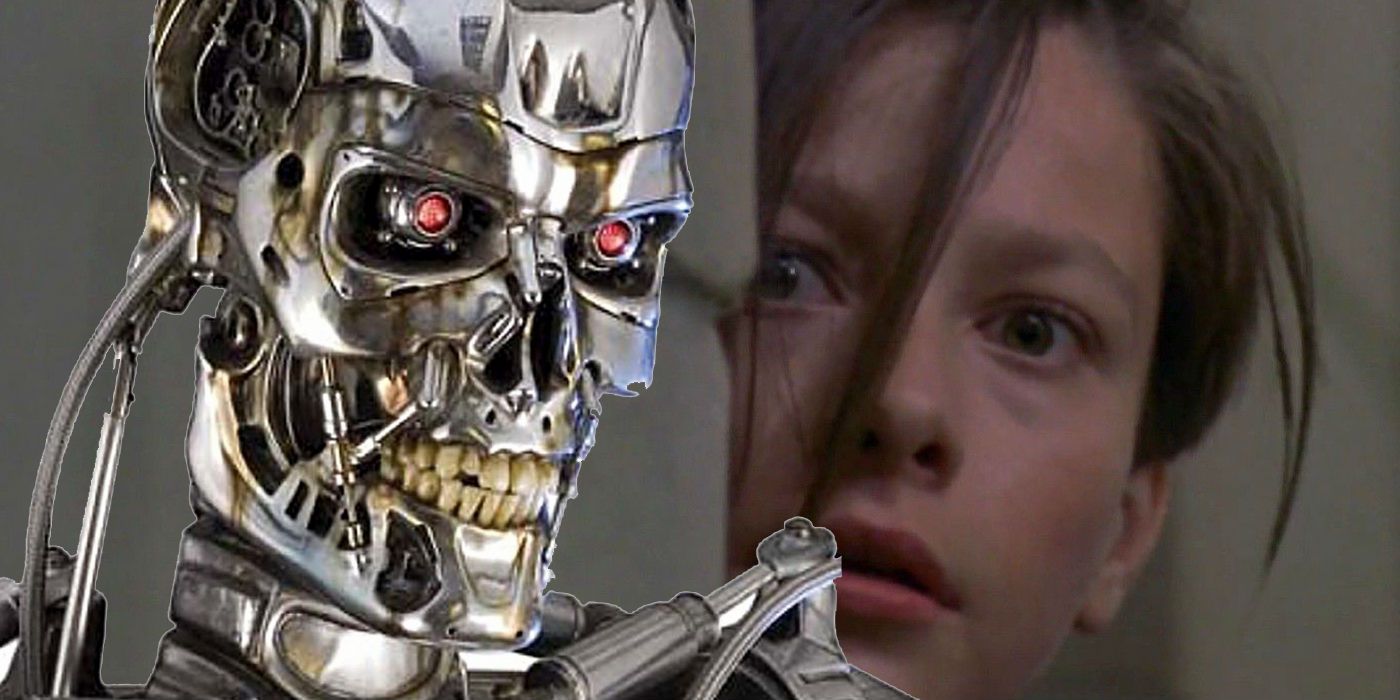 Terminator: Dark Fate took a huge risk with its opening scene, but it’s one that paid off. After a trio of Terminator movies that under-performed critically and commercially, the decision was taken to wind the franchise back to when it was last good – 1991. Dark Fate picks up several decades after the events of Terminator 2: Judgement Day and ignores the subsequent three movies. Both Arnold Schwarzenegger and Linda Hamilton returned to the series, the latter for her first on-screen appearance since the second movie, and James Cameron was also coaxed back to produce and develop the story.

Despite its impressive list of returning faces, Terminator: Dark Fate has experienced mixed fortunes thus far. A string of impressive reviews soon gave way to a more measured response from fans, but of most concern will be a distinctly poor performance at the box office, with the franchise reset failing to ignite further interest in the cybernetic apocalypse.

Perhaps one of the biggest points of contention is how Dark Fate went about establishing its place in the Terminator timeline. The sixth/third installment opens in Guatemala, 3 years after the events of Judgement Day. Digitally composed younger versions of Sarah and John Connor are relaxing on a beach, comforted in the belief that their actions have averted the genesis of Skynet. Out of nowhere, an Arnold Schwarzenegger lookalike appears and guns down John Connor, leaving his mother devastated. 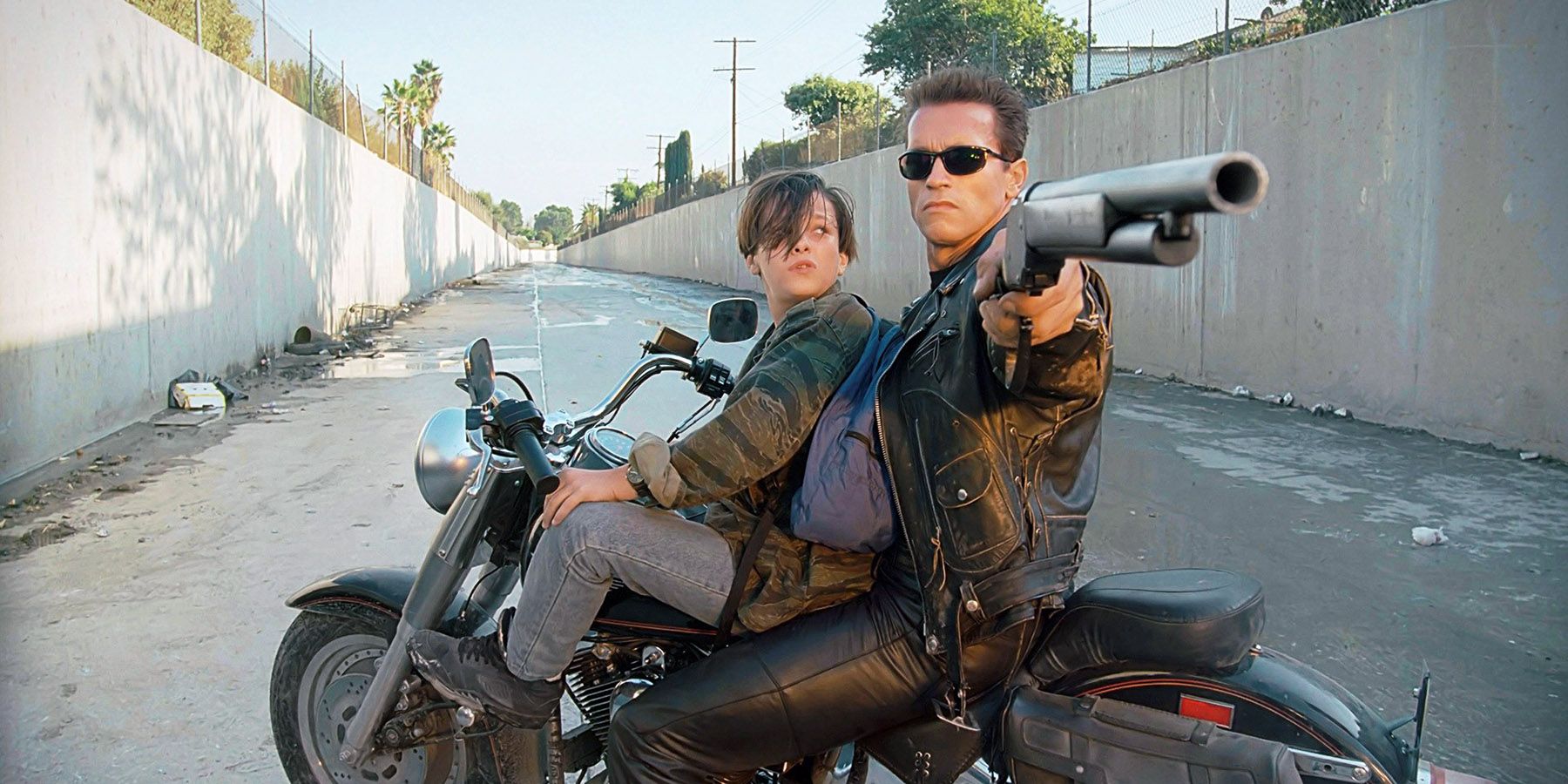 There are several reasons why Terminator: Dark Fate’s introductory scene might rub fans the wrong way. Firstly, it’s impossible to escape the fact that John Connor’s sudden death does, at least partially, undermine the beloved original James Cameron films. Both The Terminator and Judgement Day were entirely centered around humanity’s need to protect their future savior, John Connor. Audiences invested in that struggle and multiple characters were killed in service to future generations. But after two entire films of watching humanity fight to keep John alive, the character was unceremoniously offed within a matter of seconds in the most recent offering.

Then there’s the revelation that Skynet sent other Terminators back in time in the period between the first two movies. As far as fans knew, only the original T-800 and Robert Patrick’s T-1000 had been assigned with the task of ensuring John Connor died in the past, and this ensured the Terminators felt like a big deal. The cyborgs might’ve been prevalent in the future but, in the present day, they were a rare, formidable enemy and it took an entire film just to kill one of them. Similarly, the scarcity of Terminator units in the present day also made the process of time travel feel significant; that not even Skynet could railroad a whole army of Terminators through time. For some, Dark Fate’s opening scene is detrimental on both accounts, making Terminators and time travel look far more commonplace than before.

In addition to the Guatemala scene’s impact on previous Terminator movies, it could also be argued that John Connor’s death is a fairly transparent way of getting the character out of the way, having obviously been deemed surplus to requirements during the writing process. 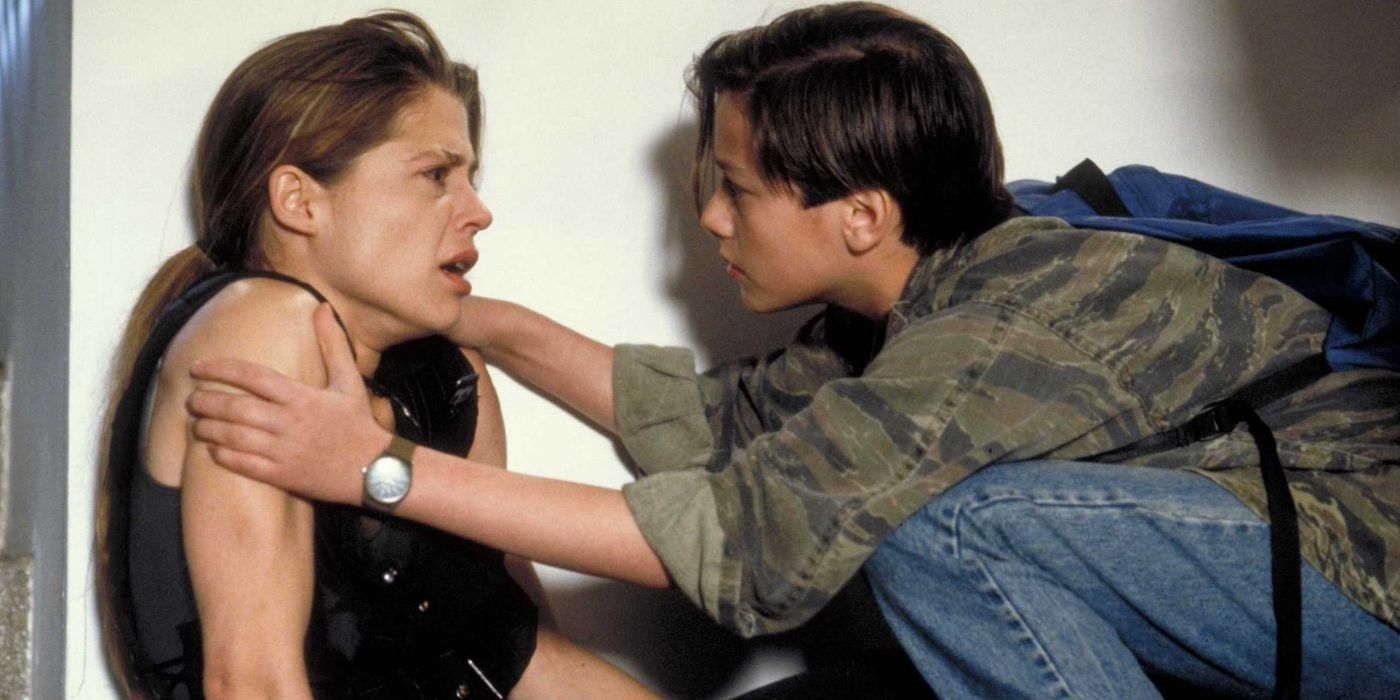 While the issues outlined above are entirely justified reasons to feel cheated by the opening scene of Terminator: Dark Fate, there are counterpoints to each. The undermining of the first two movies is mostly forgivable because 28 years and 3 movies have passed since this version of John was last seen in Judgement Day. Multiple iterations of the character have come and gone since then and the meaning behind John’s survival has been gradually chipped away with each continuation of the story. As such, the assassination of John Connor isn’t nearly as damaging as it would’ve been if Dark Fate had been released a couple of years after Judgement Day as a traditional sequel.

A similar argument can perhaps also be applied to the sanctity of time travel and Terminators. If Dark Fate was actually the third movie in the series, introducing a previously unseen Terminator who finally manages to succeed where no previous unit had would feel jarring and out of the blue. Over the past 3 movies, however, there have been so many Terminator models introduced and so many inflections made upon the timeline, what’s one more to balance the books?

In fact, there’s an argument to be made that Dark Fate’s first scene is not only forgivable, but actually a strong opening sequence. John Connor’s death may be sudden, but it isn’t brushed off easily or treated as an afterthought. In fact, John’s death reverberates throughout the entirety of Dark Fate and can be keenly felt in the story and characterization of several main characters. Somehow, despite never becoming the Resistance leader of legend, John still manages to become a mythical figure of inspiration, and this ensures his demise is not in vain. 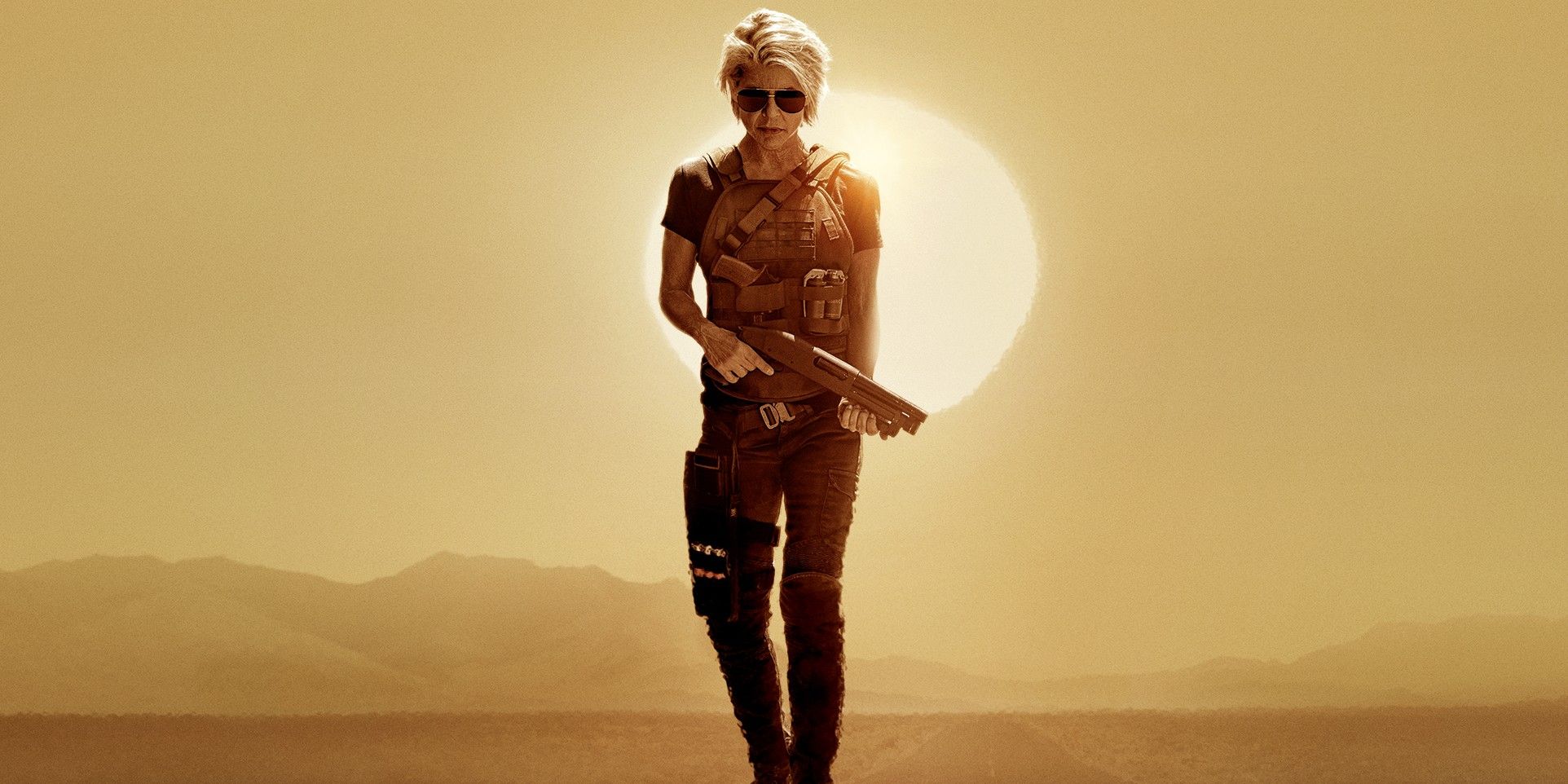 It’s understandable why some might see John Connor’s swift death as an example of narrative housekeeping, preempting the audience questioning his absence and accounting for it in advance. However, others might suggest that the Terminator story simply couldn’t continue without the death of its original McGuffin.

In order to not recycle Skynet as the villain of the piece, a new futuristic enemy was needed. With the date of Judgement Day shifting by several decades, it logically follows that John would no longer be the man to lead humanity to victory and the only way to effectively establish a spiritual successor to that role is by doing away with the original. This sends the strong message that Legion and Skynet are very different threats (even if they really aren’t) and also draws a line under the original Terminator story, allowing a new one to begin.

Moreover, it could be argued that John’s death serves as a cutting of the cord between the Terminator franchise and the previous 3 disappointing movies. A common thread throughout the series, the presence of an older John Connor in Dark Fate would’ve shared too many parallels with Rise of the Machines and Terminator Salvation, so it was perhaps necessary to hit the big red reset button and kill the character off altogether as a deliberate attempt to differentiate the latest movie from what came before.

John’s death also manages to completely inform and define Linda Hamilton’s older Sarah Connor. After defeating Skynet the first time around, Sarah has no obvious route back into the franchise. Trying to protect a middle-aged John Connor just doesn’t quite sit right, after all. If Terminator: Dark Fate wanted to reintroduce Hamilton (and reintroducing Hamilton was absolutely the right way to go) then there was no choice but to kill off John while he was still a child, thus giving Sarah a motivation to be seeking revenge and a reason to still be fighting futuristic cyborgs in the present day.