The 17 Greatest Lessons I Learned In 2018 That Will Change Your Perspective. 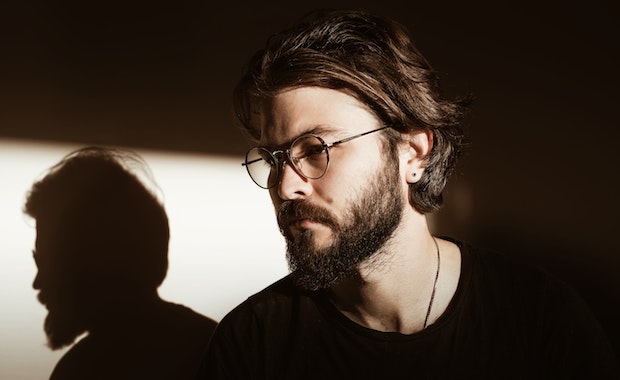 It’s that time of year again. It’s time for me to share what I learned this year — not for my benefit but for yours. You’re going to see a little bit of yourself in each lesson I share.

Every lesson will have actionable advice that will get you on the way to being the person you’ve always dreamt of being in 2019. It’s been a tough year for me where I’ve tried to push the boundaries even further and what has come with that is even bigger failures.

You’re about to see why I didn’t give up in 2018 and how this year will go on to define the rest of my life — and yours.

Here are the greatest lessons I learned in 2018:

We all have leadership inside of us.

The greatest lesson I learned in 2018 was about leadership.

I realized that I wasn’t looking to work in Digital Marketing. I realized I was looking for something and that something was leadership. I’ve worked in so many industries with so many types of products in my career and that never motivated me. This year I learned that motivating others by being a role model was the biggest piece of the jigsaw puzzle that I was missing.

Every one of us can be a leader and for some of us, this is the thing we’ve been ignoring without knowing why.

Maybe you don’t want to build influence online; maybe you want to be a leader instead.

My social media following exploded in 2018.

Who gives a crap about numbers of followers, though. What I learned is that as the audience for what I do got bigger, I became a target not just for trolls, but for groups of trolls whose sole purpose is to get together and take down people who have a loud voice online, by spamming their posts with comments of hate to scare others away from engaging with what you do.

It nearly made me give up blogging and I embarrassed to say that — although it’s true. A bully here and a bully there is nothing unusual. In 2018 I had hundreds target me in the space of a few weeks.

I defeated them by ignoring, blocking and deleting their hatred. They ended up moving onto bully other people because I was no longer ‘fun’ in their eyes.

The hardest part about dealing with the bullies was finding a way to forgive them.

Hating bullies is level one.

Forgiving bullies is the level that all of us should aspire to reach.

Career change was my focus this year. I told everyone it would happen in a couple of months because you know, I have a few followers on Linkedin so this should be a piece of cake, right?

Wrong. It took from January of 2018 until October 2018 to finally begin my new career. It involved 50+ interviews and more rejections than I faced in 2017 when I took on the dating world and got told I was ridiculous, ugly, annoying or ‘nothing special.’

The point is this: whatever massive change you seek in 2019, understand that it will take longer than you think.

Don’t make the mistake I did of bragging what your new life will look like before it’s even close to happening.

And have unwavering patience.

Momentum takes years to build and months to witness.

I’ve been building a side-hustle for a few years. You’ve heard me say that many times before and I know you’re sick of it.

Whether you give a crap about my side-hustle or not, what I learned in 2018 is that for years it will look like nothing is happening. Then, out of nowhere — assuming you’ve put in the work — you will gain a lot of momentum quickly.

This year I made more money from my side-hustle than I could have ever expected. It didn’t happen by accident or by wishing or some wiz bang goal list: it happened because I’d focused fours years of my life on it and had earned the right to deliver value to a small group of people who were happy to pay for my time.

Momentum will happen when you’ve earned the right and found a way to create value for one person (not millions of people).

Opportunity comes from the place you least expect it.

I had a coffee with this guy. He was nice. It went nowhere.
I spoke with another gentleman who ran a call center. That chat too felt like a waste of time. Then, I met an old colleague and had another chat that seemed to go nowhere.

That chat then led to a phone conversation with someone in recruitment. Nothing special happened during that conversation either. On the next call, they gave me an offer — it was laughable.

Three more phone calls happened and before I knew it, I found myself saying yes to an opportunity that I couldn’t find advertised anywhere else.

Quit focusing on what you’re getting from every conversation. You’ll never know where your next opportunity is coming from, so be a nice human being to everyone you meet.

Watch the magic happen from there.

Meditation is *not* bullshit.

Meditation is a slippery art to master and it makes no sense when you read about it. What you think is failure in meditation is in fact success.

The practice feels like it’s going nowhere until it takes you to this mystical place deep within your sub-conscious where you’d never expect to end up.

Searching through your sub-conscious helps reveal treasures that were previously hidden — treasures like patience and stress relief. Taking a step back from the three-dimensional world we all live in to see what lies in the darkness and what our thoughts are really saying about us is a practice everyone should start in 2019.

The market is the market.

The end of 2018 has been a challenge for the financial markets. Property has been effected, Cryptocurrency didn’t reach $1M a coin and the stock market took a huge hit.

The market is the market and you’ll never predict any of this. Don’t let the markets suck up all your spare time and stop you from doing stuff you love. Diversify, invest in yourself and stay away from high-risk investments.

Your earning capacity has more to do with the person you are than the market. The market is the market young Gecko.

This year has been all about valuing my time better.

This philosophy led me to doing a four day work week (not a 4 hour workweek for the Tim Ferriss fans that are reading).

Doing four days a week has allowed me to use the fifth day to work on side projects and find out what my career might look like in a few years. Maybe you don’t need to quit your job in 2019.

Maybe you could value time and do a four-day workweek so you can explore the depths of your hobbies and see if there’s any treasure buried inside one of them that you’ve never had time to search for.

20% less income can lead to more income than you’d ever expect if you give this experiment a go. That’s what it did for me.

I thought I wanted to work in digital marketing, but I actually wanted to be a leader.

The transformation I went through this year took me down many paths that all felt like they led nowhere. I began my career in digital marketing and realized it was leadership I always wanted to do.

Transformation doesn’t always bring the result you expect and that’s the whole reason you should embrace the idea of transforming.

Through change, we discover what we care about and what is completely useless.

Who you become next year is based on the previous year’s results.

I’ve laid the foundation in 2018 for the following year. Next year is going to be exciting.

What I’ve learned at the end of every year when I write this same article — where I summarise the year — is that what you do the year before lays the foundation.

If you want to see a different future, then you need to start making changes in 2019. Just getting on with starting something is the most important step.

Quit goal setting, thinking, dreaming, envisioning and take one small action. Then another. And so on.

Every year you are building on the previous years results. Start now.