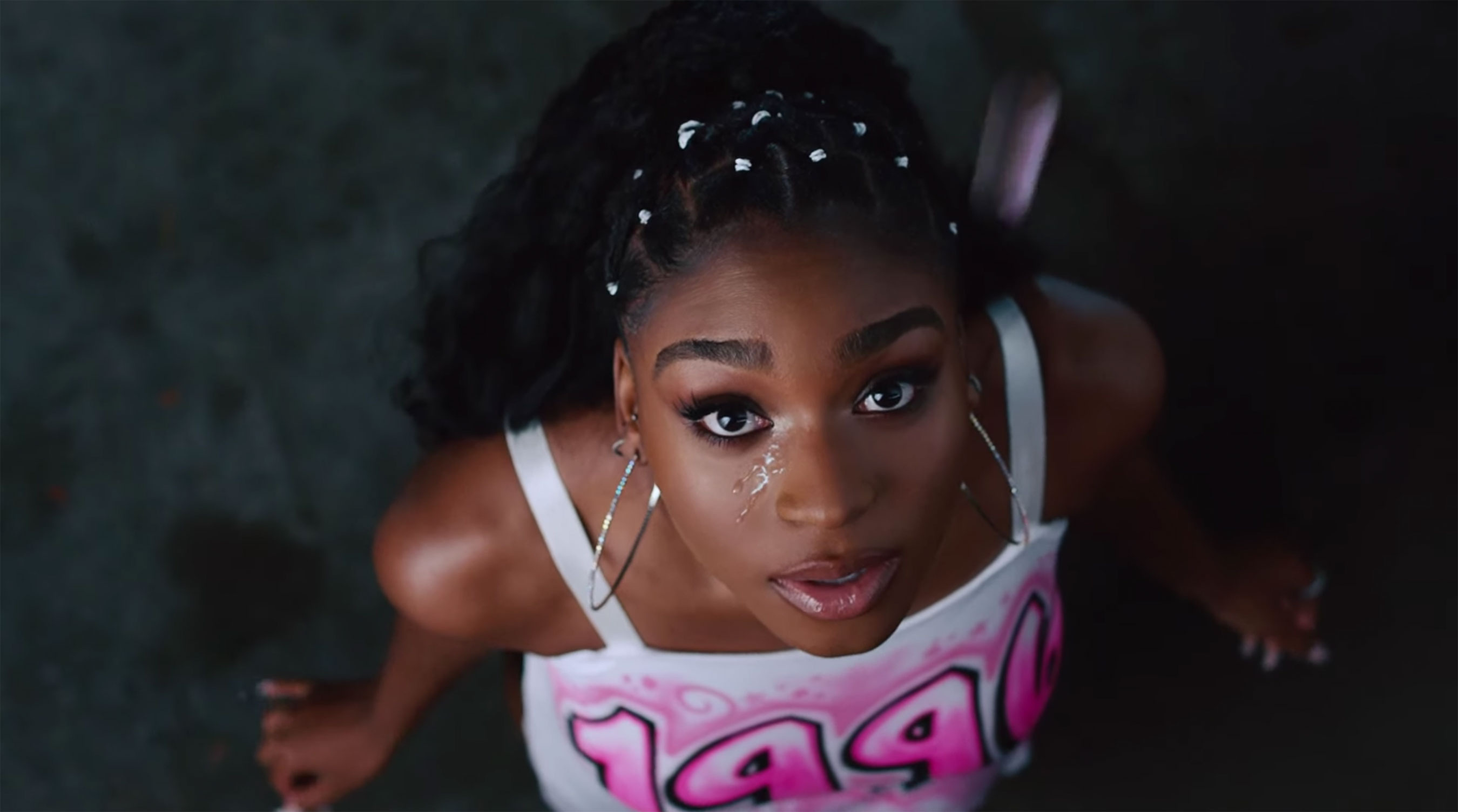 The former Fifth Harmony member just released a music video for her song “Motivation,” which was co-written by Ariana Grande, and it is incredible. From the fashion to the dancing to the sets, the fast-paced, impressive video will take you all the way back to the early ’00s when Normani was just a young girl daydreaming about being a music star while watching BET’s 106 & Park in her grandma’s house in New Orleans.

It’s clear that her dreams have become a reality based on the epic new music video in which she makes all of Los Angeles her dance floor in a 1996-emblazoned crop top and miniskirt (the year in which she was born). But what fans can’t get enough of is how much Normani pays tribute to all the pop music greats that came before her in the rockin’ video.

As eagle-eyed fans have been pointing out on social media ever since the music video was released on Thursday, “Motivation” is full of homages to the early ’00s music videos that inspired Normani to become a star herself. There are so many that it can be hard to catch them all, so EW rounded up five of the best. Did you spot these?

The parallels to Queen Bey herself can’t be denied. Once the music video transitions to Normani in present day, she struts down the street in low-slung jeans and a cut-off white tank just like Beyoncé’s “Crazy in Love.” Even that hair flick is perfect! Later in the video, she also calls out the star’s “Dangerously In Love” outfit and pose.

The next best homage is paid to pop music’s princess Britney Spears. Normani dancing in front of a chain-link fence and dancing with a basketball surrounding by a group of people is a direct callback to “… Baby One More Time.” And is that raindrop also a tribute to Spears’ “Dream Within A Dream Tour” choreography?

That cut-off white tank from the beginning of the video could also be a tribute to JLo’s “Jenny From the Block” outfit, but an even more clear homage is paid later with parallels to the “I’m Real” choreography … and filming at the very same basketball court!

That rain scene is also extremely reminiscent of when the sprinklers go off in Ciara’s “Gimme Dat,” right down to the costume and dancing. Plus, some of Normani’s moves earlier in the video pay tribute to Ciara’s dancing in “Oh” and “1, 2 Step.”

Some of those dance moves when Normani gets close with a guy are pretty similar to Kelly Rowland dancing close with Nelly in “The Dilemma,” no?

Normani grooves through L.A. in snappy ‘Motivation’ music video
6 artists who will break big in 2019
Sam Smith and Normani drop groovy duet ‘Dancing with a Stranger’