The best Fitbit apps: Get the most out of your fitness tracker 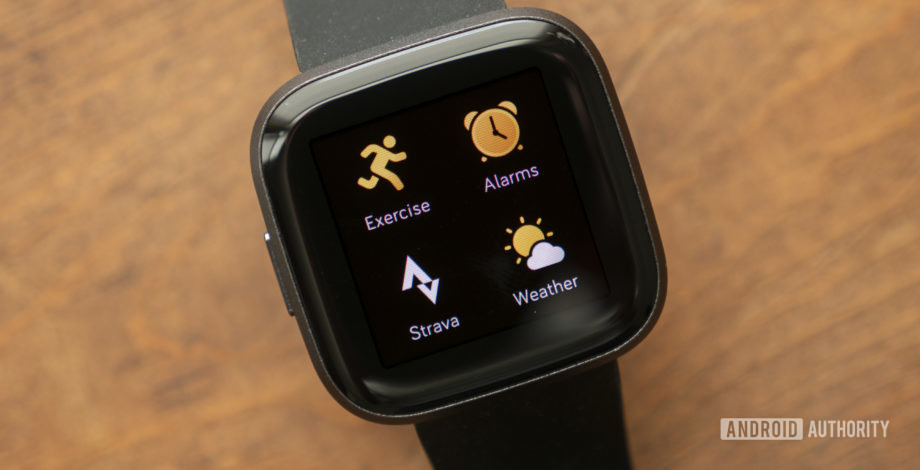 Many fitness trackers have small monochrome screens and usually offer less features than their smartwatch counterparts. However, that is not the case with the Fitbit Versa, Fitbit Versa 2, and Fitbit Ionic. There are plenty of useful apps you can download directly on your Fitbit tracker that can make your life easier. Here are the best Fitbit apps you should get right now.

Editor’s note: We will be updating this best Fitbit apps list regularly as new apps launch. Smart home gadgets are as popular as ever. Yet, having your phone on hand to control them isn’t always convenient. This is where Switchr comes in. This Fitbit app will help you control various IoT devices in your home with the help of IFTTT. You can use it to turn smart bulbs on and off, adjust your thermostats, and even order your coffee machine to brew your morning cup — all before you’ve gotten out of bed. IFTTT and therefore Switchr are compatible with a variety of smart gadgets, including Roomba robot vacuums, Nest products, and more. If you are a home automation enthusiast, Switchr is undoubtedly the best Fitbit app you can download. If you want to step up your fitness game, look no further than Strava. This app combines the powerful all-day tracking of your Fitbit with performance analysis. Whether its cycling, running, or hiking, you can sync all of your activities from your device to your Strava profile. You can then compare performance over time or even compete with friends. The information is detailed and precise. Runners can see not only distance covered, but average pace, elevation, and more. Matched Runs on the Ionic will also automatically track progress when running the same route more than once — letting you know if you are improving or trending downwards. Every health and fitness enthusiast should get Strava. It’s one of the best Fitbit apps out there. Staying healthy is more than just counting steps and calories. One of the most important things for your health and your skin is staying hydrated, especially if you are active throughout the majority of the day. This is why you should download Water Logged. This handy app allows you to keep track of your water intake with daily goals. You can add bottles or glasses or enter exact values. There are shortcuts you can customize easily, and all the data is synced to your Fitbit account, so you never lose track of how much water you’ve drank. It’s a simple but incredibly useful Fitbit app that every Versa or Ionic owner should have on their tracker. Everyone has forgotten where they parked their vehicle in a massive store parking lot at least once. Find My Car offers an elegant solution to this problem. Instead of using your car keys and running in the direction of the sound, you can simply mark your location on your Fitbit Ionic. The app uses the tracker’s built-in GPS and will lead you straight back to your car once you are done shopping. Unfortunately, the app is only available for the Fitbit Ionic because it is the only Fitbit with a built-in GPS. The rest of the line-up has connected GPS, which needs your phone to function. If you own the Ionic you need to pay $1 to unlock Find My Car’s full functionality, but for what it offers, it’s more than worth it. Yes, believe it or not, there is an Uber Fitbit app. It is definitely not as feature full as its smartphone counterpart, but it can get you out of a pickle if you want to quickly and discreetly get an Uber. The Fitbit Uber app allows you to order a ride, view ride estimates, as well as driver details. The most important things like driver rating, estimated arrival time and price are all there on the screen of your tracker. However, if you want to switch your destination during your journey, you’ll need to take out your smartphone. Nevertheless, Uber is still one of the best Fitbit apps to have on your device. Don’t be fooled by its name! Barcodes is not another app that scans products. It actually turns your Fitbit into a digital wallet for your reward and membership cards. All you need to do is scan their barcodes and enter the number beneath them through the phone app first. When saved and synced, you can just open Barcodes on your Fitbit tracker and scroll up and down to get to the desired card. Barcodes can store up to 7 different codes, making it incredibly convenient and one of the best Fitbit apps you can currently download. Best of all, it’s completely free! If you need to get your Starbucks coffee fix every morning, one of the best Fitbit apps for you is undoubtedly the Starbucks one. What does it do? It allows you to have your Starbucks card on your wrist. It’s very convenient — you don’t have to carry your wallet or your phone if you buy your coffee before or after your morning run. Just scan your Fitbit instead and you are good to go! It’s not as impressive as Barcodes since you can only use it for one coffee shop chain, but if Starbucks is your favorite, you can’t go wrong with it. Motivation to work out is not always easy to come by, but a little gamification can spruce things up. This is where Treasure Trek comes in. This fun lighthearted app allows you to power a pirate ship with your steps and find sunken treasure along the way. You can then spend your hard-earned coin on ship and crew upgrades. No micro transactions involved! You can even get pets — a parrot is a timeless classic we recommend. It’s what makes Treasure Trek an enjoyable and rewarding app. Even if it isn’t terribly practical, it’s one of the best Fitbit apps you can get.

These are our picks for the best Fitbit Versa and Ionic apps. Did we miss some great applications? Let us know in the comments below.