The Crucial Setup Scene in Your Novel

Way too often writers start their novels in the wrong place. With a scene that does the premise a disservice.

The setup is tricky but essential to nail. You have to be concise, succinct, and deliberate regarding what you show and tell about your character. Because . . . you don’t want to take a whole lot of time (numerous chapters) to do this.

Little bits, small tells, that quickly get your reader on board with your protagonist. You need the following:

Descriptive details to indicate gender, age, possibly occupation, and pertinent aspects of appearance and demeanor and personality.
A sense of something missing or out of place in the character’s life—either physically or spiritually—which I call the hint of the core need.
Indication of the motivation in the character—what’s driving him at this point in his life and what factors are influencing him. The moment your character shows up on the scene, he should be in pursuit of something. He wants, but he’s not just sitting around wanting it. He’s already up in motion, pursuing it.
A situation that will help set up your premise. It not only helps the reader get to know who your protagonist is and what motivates him, it also sets up the world situation, possibly the conflict or threat that will play a big part in the opposition for your protagonist. The issues or themes that will come into play and drive home what your story is really about. It sets up your premise—the situation your hero must deal with.

Let’s take a look at part of a great setup scene by Kerry Lonsdale. In All the Breaking Waves, a women’s fiction, her protagonist, Molly Brennan, has fled from the man she loved and the tragic mistake she made. Twelve years later, Molly has created a new life for herself and her eight-year-old daughter, Cassie. But when Cassie is plagued by horrific visions and debilitating nightmares, Molly is forced to return to the one place she swore she’d never move back to—home to Pacific Grove.

The author chooses the perfect setup scene, to introduce her characters, the key intriguing element of the story—her daughter’s strange ability—and prepare for the inciting incident soon to come that will force her to move back home.

“Same dream, Mermaid?” I crawled into bed with her. Her reaction to the night terrors scared me as much as they did her.

Cassie sniffled and nodded, bumping my chin. My heart still thumped wildly in my chest. We were on day four of the same dreams, and it was the worst night by far. Tonight should be the last night for this particular nightmare. Thank God. Those screams of hers left an imprint. I’d be hearing them for months. . . .

More than anything I wished to tell Cassie she’d be all right, that she’d grow out of her condition.

But she wouldn’t. Her abilities were as much a part of her as the freckles on the bridge of her nose. . . .

“I saw her skull. Her hair and skin were gone in one spot. And”—her breath hitched—“and there was blood on the ground.”

I squeezed my eyes shut against the disturbing image Cassie’s words put in my head. A broken young girl with the contorted metal of her bike in the street nearby. My stomach twisted like a knotty vine.

“The dreams are getting worse, Mommy.”

“I know.” I kissed Cassie’s head, sniffed the innocence of her kiwi shampoo. God, she was too young to be having dreams like this. She was too young to see injuries of this kind. Like an untreated ailment, her premonitions were getting worse, more gruesome. The accidents she foresaw were followed by nightmares that recurred until the premonition came to pass.

I had no idea why, nor how to stop them. In her toddler years, Cassie had had a heightened awareness when someone she cared about was injured, almost as though she hurt right along with them. . . . She only foresaw accidents, and always about someone she knew. As soon as one premonition resolved, the next one followed not long after. A cycle that tormented us both, and I had to find a way to stop it.

“I told Grace a car will hit her,” Cassie confessed in a whisper. “She doesn’t listen to me and she doesn’t believe me.”

“Do you remember what we’ve discussed?” I spoke the measured words against Cassie’s head, ruffling her hair, and felt her hesitant nod under my chin. “Don’t talk about your visions or your nightmares. Not with anyone. Your friends don’t understand.” No one understood.

Even I barely understood.

Cassie looked up at me with sad eyes. “But if I tell her, Grace will stay off her bike. I don’t want her to ride her bike to school. She might die. I only want to help.”

Cassie moved to the couch when she finished. I turned on the TV, muting the sound. Then I sat down and snuggled with her.

The remainder of the night wasn’t different from any other night since Thursday, and many other nights these last three months. Nestled against my side, Cassie watched the images play on the screen until she drifted to sleep. I remained awake and thought about the girl in Cassie’s vision, her best friend. Poor thing. I did hope Grace survived the accident without brain damage. But I still prayed for the car to hit her.

The sooner her pain started, the sooner Cassie’s would end, even if only for a short time.

What makes this a compelling setup scene, more than anything, is Molly’s moral dilemma. She struggles with a terrible inner conflict. She doesn’t want anyone else to suffer, but she has her prioritiy: whatever it will take to end her daughter’s suffering. It makes readers tense (which is a good thing), and keeps them reading to find out what will happen next.

I talk a lot about high stakes, risk, consequences. The only stakes that really matter in a story are the stakes that impact your protagonist. If what she cares most about is threatened, whether it’s a child, a pet, or a small patch of land, she will be willing to risk anything and everything.

Your setup scene launches your novel. It may not be the very first scene in your novel, but it usually is the first scene with your protagonist. Yes, it may extend over a couple of scenes. But you don’t want to spend dozens of pages with your character lingering in her ordinary world before you upend it. That’s going to make your readers antsy, wondering when the action promised in the premise (on your back cover or on an online description page) is going to get moving.

The setup scene is the first of the ten key scenes that frame up your novel. To craft a strong, sturdy story, you need a solid foundation, and traditional novel structure, which works for most novels, is essential to learn. 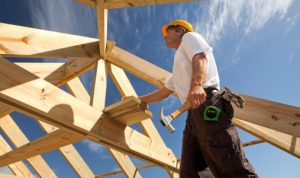 My online video course teaches you all you need to know about those ten key scenes. And, guess what? You can watch the module on the setup scene for free! Just scroll down the course page to the curriculum and click on “Preview” for that module. Check it out, then test your setup scene against the points you learn in the module.

And if you don’t have those ten key scenes under your belt, take my course! You get lifetime access, and there’s a 30-day money-back guarantee, so nothing to lose by checking it out. I want you to write novels that won’t collapse.

If you want to write terrific novels, you need to take the time to learn novel structure. There’s no getting around it!

What’s your setup scene about? How do you introduce your character in a way that prepares for the inciting incident to come? Share in the comments.