The fallacies behind Collingwood’s trade reasoning 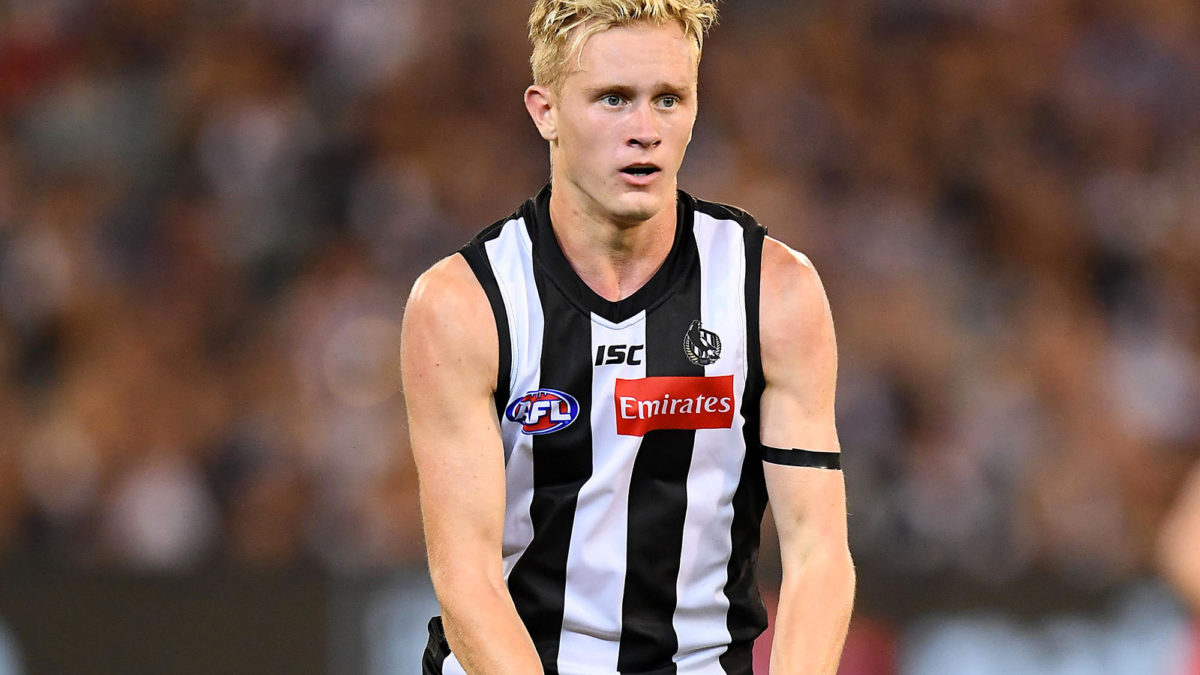 A lot has come out following Collingwood’s questionable trade period.

Do you take the club and their explanations on face value? Well, I kinda-sorta can’t, because it’s fallible logic. It’s so easy to poke holes into.

If this is why Collingwood traded out, then I have queries over their judgement. Well, more queries.

Here are the top 11 justifications doing the rounds, and me doing to them today what Collingwood did to their supporter base last week.

The final against Geelong showed Collingwood they’re off the pace
This came from Geoff Walsh on a Triple M interview the morning after the trade period ended. Geelong smashing Collingwood showed the club that they weren’t quite where they needed to be, so action had to be taken, damnit!

Let’s discount that just a week earlier, Collingwood managed an exhilarating win against another heavyweight in West Coast, and that they beat Geelong earlier in the year. There is no denying Collingwood needs to improve, and that they should seek avenues to improve. But using that one final against Geelong as a gauge would suggest they should’ve fired the bulk of the players and all the coaches.

There is no salary cap pressure
After the trade period closed, Ned Guy insisted that the salary cap issues are a media beat-up. Geoff Walsh reiterated this the next morning on Triple M. It’s hard to accept this given Collingwood offloaded so many players for so little.

The query is if they’re feeling salary cap pressure, how much pressure is there? Reportedly, Adam Treloar was on $900,000, Jaidyn Stephenson on $600,000, Tom Phillips on $500,000 and then you had Travis Varcoe and Ben Reid retire and Matthew Scharenberg delisted.

Conservatively, that’s $2,500,000. If Collingwood were over, how over were they? If the salary cap wasn’t an issue, why did they cut so much?

As an aside, they renegotiated Mason Cox’s contract. Did they attempt this with Treloar, Stephenson and Phillips, or the playing group as a whole?

They’re loading up a war chest for a free agent next year
Well, it’s great that we’re clearing room now, and compromising 2021 by losing (at least) two players who made the team better, so we can target a free agent for 2022.

If this is the case, does Collingwood have a target? Or is it just a random generalisation with the hope that somebody right will be available? Let’s hope they don’t splurge for the sake of splurging.

Now here’s a more important query: given how Collingwood treated Adam Treloar – a player who wanted to come to the club, loved the club, wanted to stay at the club and then was ignominiously pushed out – why would anybody want to come to Collingwood? 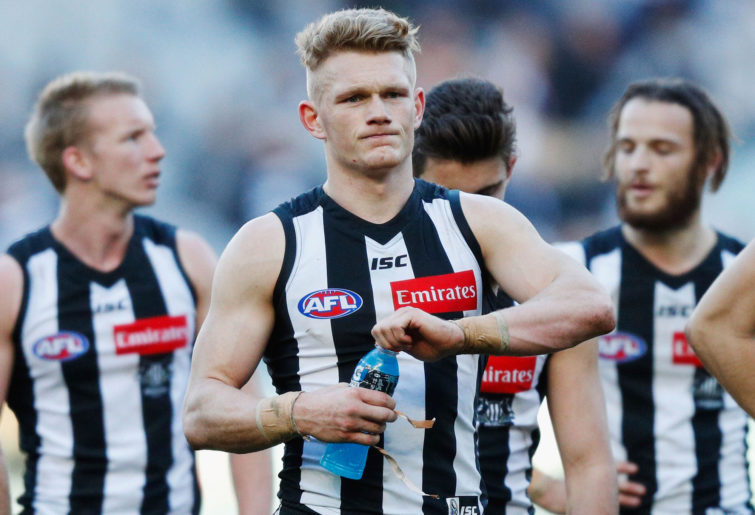 “Money,” somebody will say. But that’s one of the reasons it seems Treloar was pushed out.

So, tell me again, why would any free agent want to come to Collingwood on a big contract? Right now, if I was a free agent, I would string Collingwood along for six months, go to the contract signing, scream, “Punked!”, and then go join the Bulldogs.

Adam Treloar won’t cope with his wife going to Queensland for a year
Collingwood justified trying to move Treloar out with this reasoning. This is important. Remember it – I’ll come back to it. Did they brainstorm ideas with Treloar to help him cope if this was going to be an issue?

Bulldogs coach Luke Beveridge appears to have discussed this at length with Treloar. Collingwood seemed to have made an immediate determination that Treloar wouldn’t cope.

Now back to what I asked you to remember: if Collingwood were genuinely worried about Treloar coping next year, doesn’t it seem callous that they’ve shunted Treloar’s mental health welfare upon another Victorian club?

“Here you go, Doggies! Your problem!” That’s a good look.

I imagine Collingwood said to Western Bulldogs, “Give us a top ten pick.” And the Bulldogs said, “You said he won’t be elite in Victoria – why would we give you a top ten pick?”

And Collingwood would’ve responded, “Well, do you have anything pretty that shines?”

Jaidyn Stephenson is a problem child
Well, that’s what the club is alluding to. Jaidyn Stephenson won the Norwich Rising Star in 2018, had a good 2019 until his betting indiscretion, and struggled in 2020 due to glandular fever, hub life, an interrupted pre-season, lack of feeder comp to find touch and fitness and spasmodic delivery into the forward line.

What a fiend he must be. This is a third-year player who’s had one bad season.

Are there off-field issues? It seems there might be something. Dustin Martin was a problem child in his formative years. So was Dane Swan.

There’ll be lots of examples because the reality is we’re dealing with callow young men still finding their way in the world. Who had their life worked out at 20? Who was a mature, responsible adult at 20? Who didn’t have a misstep or two?

And footballers can be in a perversive environment – young, making big bucks, playing a game, with too much time on their hands and with too little to fill it. Isn’t it the duty of the people in charge at the club to find a way to connect and nurture Stephenson into a mature adult and vital contributor?

I can only imagine that the untold truth is that Stephenson is the incarnation of Hannibal Lecter who dragged victims into the hubs, cooked them and fed them to teammates. 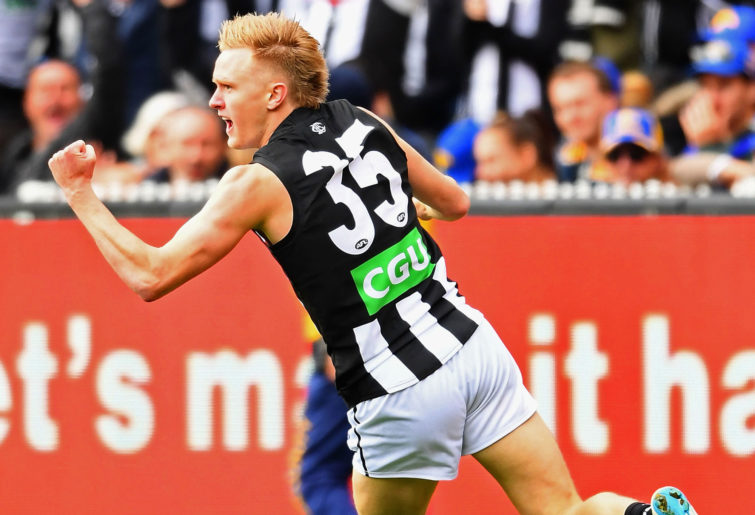 Collingwood wanted to trade into the draft
They may need to look up the definition of “into”. On that Triple M radio interview, Geoff Walsh repeatedly talked about trading into the draft and having two first-round picks.

Collingwood already had Pick 16. So that has to be excluded from the booty. So they got Pick 14 – effectively for Treloar and Stephenson. There’s also a future second-rounder from the Doggies, which is likely to be somewhere in the 30s. If the Dogs have a top four-season, it could even be a 40-something pick.

One low first-round pick that will be pushed down further once the draft order settles – that’s the net gain of trading out Adam Treloar (who Collingwood spent two Pick 7s to acquire) and Jaidyn Stephenson (a Pick 6).

I though the axiom was “buy low, sell high”, rather than “buy high, sell low.” Or Collingwood’s version: “Buy high, offload.”

Collingwood fans want to improve their list, yet don’t want to trade anybody
Too many defenders use this as their principal argument: it’s a business, so stop complaining about trading players. The bulk of people I’ve spoken to have no issue with trading. I have no problem with trading. Trade who you want.

But get – at the very least – a decent return. And, if you can, get overs. Screw this, “It’s a good deal for both teams.” I don’t care about the other team. They should live and die by their own decisions, rather than ours.

The Bulldogs and North Melbourne obviously weren’t looking at these deals being good for Collingwood – and rightly so. They’re doing what’s right for their clubs.


The fallacies behind Collingwood’s trade reasoning


Nathan Buckley’s position may no longer be tenable


“That was told to me in no uncertain way”: Adam Treloar confirms Buckley said senior Pies didn’t want him

Collingwood deny they conducted a “fire sale”. The returns would suggest something different.

Collingwood only got rid of some expendables
Yes. I’ve heard this. Well, after Treloar broke down this year, why did Collingwood go straight back to him? Why did Collingwood repeatedly go back to Jaidyn Stephenson? Tom Phillips has been a mainstay of the side since 2020.

They don’t look expendable to me.

Again, let’s also look at the shape of the season as something not every club – and definitely not every player – navigated. Then let’s throw in Collingwood’s game plan, which often makes Scott Pendlebury look like he’s ice skating through a swamp while drunk and carrying a sack containing Collingwood’s runner-up medallions on his back. Perhaps the bigger issue is how Collingwood uses these players and being unable to find a way to get the best out of them.

As far as I’m concerned, as Collingwood stands now, Treloar and Stephenson are starting 18 players, and Phillips would be in their best 25. It’s fine if you have a surplus and players want to leave for an opportunity, but Collingwood has neither the surplus nor the lack of opportunity.

Josh Daicos has gone past Tom Phillips
I think Tom Phillips is a handy role-player – he’s an endurance mid and handy linker. He’s the type of player who’ll benefit in a good side with fluent ball movement. This season, coach Nathan Buckley played him as a high half-forward – a position unsuited to Phillips. Then let’s (again) throw in Collingwood’s game plan and ball movement going forward, and it being a difficult landscape to prosper.

Daicos was great this year. But – and feel free to correct me if I’m wrong (I’m pretty sure I’m not, though) – the playing field has two wings. And sometime, just sometimes, players get injured.

Strike that. At Collingwood, they always get injured.

This reasoning that because Daicos has moved past Phillips there is no role there for Phillips is stupid. Anybody who says this is stupid. It’s just a stupid assertion. What are Daicos and Phillips? Wicketkeepers in a cricket team? Is there room for only one? 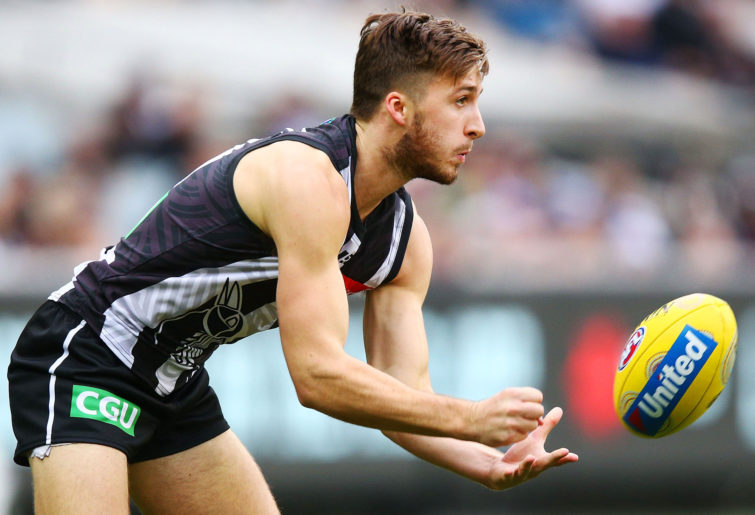 Or are they midfielders in a game that has multiple midfield positions constantly rotating throughout the course of a match? How deep does Collingwood think their midfield is?

Maybe the club has its reasons and you’re stupid to complain
You could be right. I am stupid. But I’ve never believed in unconditional support of a club. If the club is misfiring in some regard, then supporters are entitled to ask questions.

If the club is making questionable decisions, we should be allowed to ask for answers. Based on what the club is telling us, their arguments don’t stand up.

Now Collingwood can give more opportunities to kids
Yes. Somebody said this. Treloar, Stephenson, and Phillips weren’t forming a wall in the players’ race stopping kids from getting through. Collingwood can play who they like. It’s not a difficult equation.

Obviously, it wasn’t an ideal situation this year given the lack of a genuine feeder comp. But that might’ve actually been motivation to try kids in the seniors – give them a taste, keep them fresh, and give them a shot in a shortened AFL game where the standard has come down a little. Collingwood did it with first-year player Trey Ruscoe.

Collingwood had several players who were struggling – and have been struggling the last couple of years. Given their lack of output, Collingwood wouldn’t have lost much to try an alternative in their place.

Conclusion
Now Collingwood may have good reasons for trading out these players that has nothing to do with the salary cap. But we haven’t heard anything. We’re asked to accept everything on what they’ve presented.

And what’s been presented just sucks. It’s indefensible, unqualifiable and patronising. I would rather the club was simply honest. If it is a salary cap dump – and that truly seems to be the case – I’d rather the club put their hand up, acknowledged it, apologised, flogged the guilty party and vowed to do better.

But the stuff being spun right now is clearly Collingwood’s attempt to mitigate the fallout. The problem is Shane Warne couldn’t spin the crap Collingwood is offering.

It’s not even spin. It’s just straight floaters. Whack. Straight back out of here.

The majority of people – from supporters, to other clubs, to media – are looking at this as the most egregious mishandling of their list, and an action that could mortally wound the club.