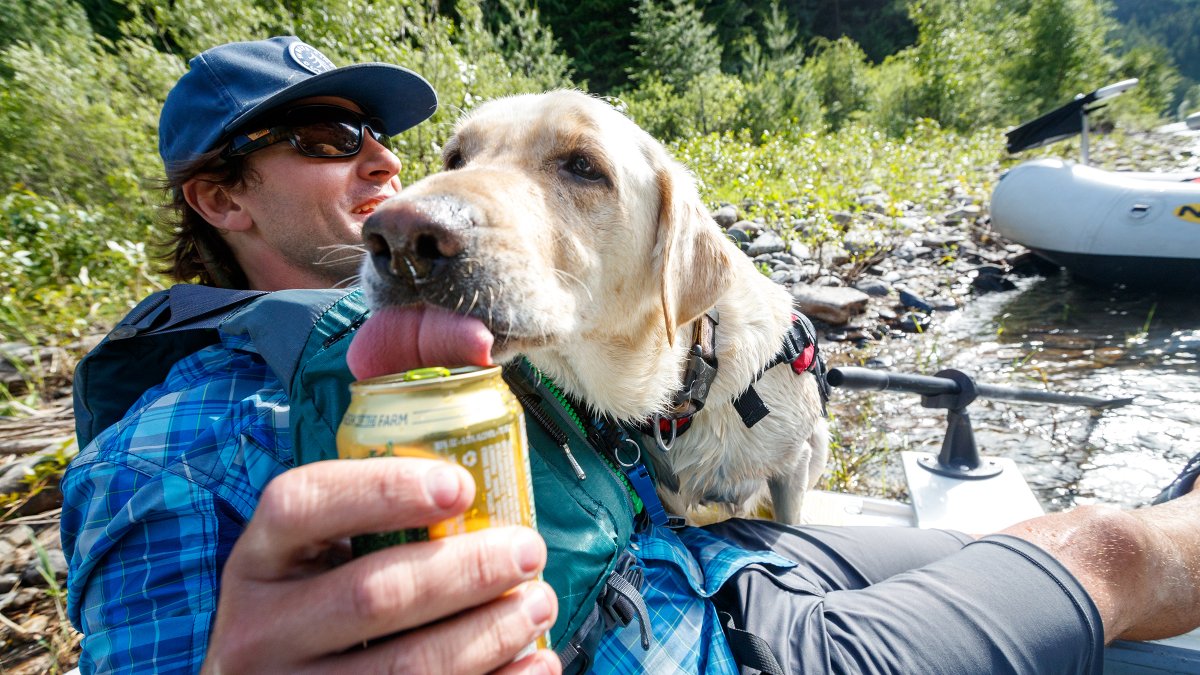 According to Homer Simpson, beer is the cause of, and the solution to, all of life’s problems. Some scientists one-up Homer and claim that beer may be the origin of civilization.

As any world-history student can tell you, the first civilizations emerged along the great river valleys of the world: the Tigris and Euphrates, the Ganges and Indus, the Yangtze and Yellow.

River valleys provided the fertile soils needed to grow the grains that humans were busy domesticating. The assumption had long been that it was the pursuit of stable food supplies that drove us to forego our hunter-gatherer lifestyles and cultivate those grains along the rivers. But some scientists now say it wasn’t hunger, but thirst, that sparked civilization. “A main motivation for settling down and domesticating crops was probably to make an alcoholic beverage of some kind,” archeologist Patrick McGovern told the Independent in 2010. “People wanted to be closer to their plants, so this leads to settlement.”

Here’s how I think it went down.

One day approximately 7,000 years ago, someone hauled in a net full of fish from the river and called out, “Start the fires!” Fires were started, fish were thrown on the coals, and the weary fisher said, “I could really go for a cold one right about now.”

Meaningful looks were exchanged, and one guy nodded and said, “I’ve been carrying these barley seeds. Give me a stick so I can furrow this rich soil and plant them.” And then a woman noted that she’s always loved the funky smell of the little cone-shaped flowers of this one vine, and perhaps those could balance out the maltiness of the barley. “I’ll plant some hops, too,” she added helpfully.

And voilà, eight months the later, the first IPA was brewed. You see, in addition to being parched, these people were also proactive. And patient.

The beer tasted so good, washing down the grilled fish, that they decided to stay. And build homes. And grow more crops. And the homes became settlements, and the settlements became cities, and then the abundant crops produced food surpluses, which led to the division of labor and all else that followed: written language, the Upanishads, the Sistine Chapel, and those “dilly dilly” ads for Bud Light.

Perhaps it didn’t go quite like that, and I must admit I’m neither an anthropologist nor a historian. But I am a river scientist and a beer drinker, and it’s late in the day, so it all sounds plausible to me.

And I do have some evidence: the labels on beer bottles. Specifically, how often they feature rivers.

Something compels us to depict, over and over, representations of where we came from—rivers—onto the vessel that holds the elixir of civilization. Like the cave walls of Lascaux, in France, beer labels tell us stories about our origins and what we value most.

So here, in celebration of the recent World Rivers Day (September 22), I’ve reconstructed the history of civilization and rivers, as told by beer labels.

Like a beacon, the mist rising from a massive waterfall on the Zambezi River promises lush vegetation and flowing water in an otherwise arid land. Because the name of that waterfall is Mosi-oa-Tunya—“the smoke that thunders” in the Lozi language—it was more like a beacon with a soundtrack (also known as Victoria Falls). For early people, river valleys offered linear oases with channels full of fish and floodplain forests rich in game.

Is there a more badass name for a fish than steelhead (the migratory form of rainbow trout)? Even before agriculture, river valleys provided a great bounty of food, such as access to migratory fish. That’s still true today, as river fisheries support the majority of an annual freshwater-fish harvest of at least 12 million tons, providing the primary source of protein for hundreds of millions of people.

Because river valleys offered water and bountiful food, they became obvious places to build shelters to store up fish, game, and fruits for the lean seasons—and then to celebrate that bounty. Hoptober depicts that type of autumnal fest, as people gathered along riverbanks to drink the beers they’d just started brewing and dance around the fire. Afterward they’d dream about the future and, inspired by the beer, ask big questions that challenged the hunter-gatherer status quo: Beyond barley and hops, are there other things we could plant in this fertile soil? If so, what recipes go best with a golden ale? And if that additional planting leads to food surpluses and a division of labor, will this round, rolling thing be of use for anything beyond party tricks?

The people followed through on their autumnal musings. They planted more grains and other crops, and with all that food rolling in, cities began to grow, and people began to specialize. Barrels of ale also kept rolling in, and the combination of people with time on their hands to think plus plentiful beer was a heady one indeed. Those who specialized in strategic planning clanked their mugs to toast their ambition with shouts of “Go big or go home!”

They did not go home. They went big. And a few millennia later, they’d gone nearly everywhere. One of those big ideas was building dams to store water for irrigation, drinking water, and hydropower, and by 1950, tens of thousands of dams straddled rivers across the world.

Industry clustered along rivers for their energy and because they conveniently carried waste downstream to… somewhere else. Although civilization was now happily awash in Chevrolets, Slinkys, and Zeniths, it was also awash in rivers plagued by dying fish, oil slicks, and the occasional fire—including the one in 1969 on Cleveland’s Cuyahoga River, memorialized by Burning River Pale Ale.

That fire sparked local cleanup efforts and also catalyzed the U.S. Clean Water Act, which led to a dramatic recovery of the Cuyahoga and countless other rivers.

The recovery of these rivers didn’t just make them safe for fish again, they made them safe for breweries, which have flocked to the banks of rivers—including Collision Bend Brewing Company, whose label for Lake Erie Sunset illustrates the view from its brewpub, where the Cuyahoga enters Lake Erie and not far downstream from where the river caught fire 50 years ago.

But victory toasts are never final. New challenges emerge, and climate change threatens both rivers and beer production, calling on us to redouble our efforts.

Rivers, beer, and civilization have had a good thing going now for 7,000 years. Let’s not mess that up.

Jeff Opperman is the global freshwater lead scientist at the World Wildlife Fund.