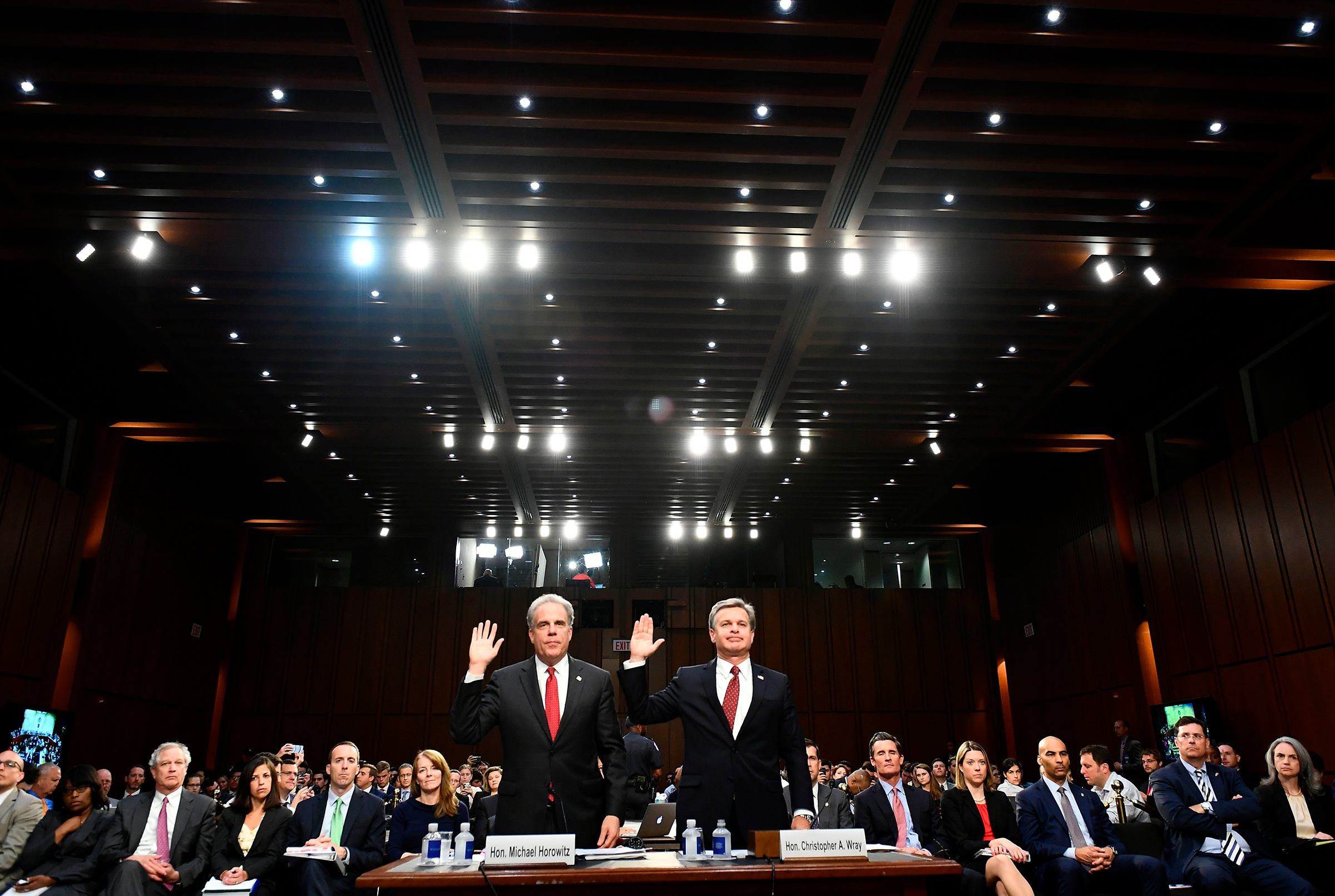 Fair-minded readers of Justice Department inspector general Michael Horowitz’s report detailing his investigation of the FBI’s decision to open its “Crossfire Hurricane” investigation into potential links between Russia and multiple Trump campaign aides should be experiencing a dash of déjà vu. For the second time this year, a comprehensive report has cleared an important American institution of the worst form of misconduct, but – at the same time – exposed wrongdoing that should deeply trouble Americans of both political parties.

The Mueller report revealed that America did not face a true catastrophe – the spectacle of an American presidential campaign in an active conspiracy with arguably our nation’s most dangerous geopolitical foe – but it did detail an avalanche of lies and deeply troubling attempts by members of the Trump campaign to solicit help from Russians and Russian assets. Yet partisans spun the report as a vindication of Trump and refused to utter even a peep of criticism for a campaign that at the very least was guilty of seeking an enemy’s assistance.

Similarly, the IG report spares America from having to confront the dreadful possibility that the FBI fabricated a politicized investigation as part of a nakedly partisan and unlawful effort to unseat a lawfully-elected president. This is the “deep state coup” theory so often repeated by the president himself and too many of his partisan supporters. According to Horowitz, the FBI “had an authorized purpose when it opened Crossfire Hurricane,” and he reached that conclusion “even though the investigation also had the potential to impact constitutionally protected activity.”

Moreover, Horowitz “did not find documentary or testimonial evidence that political bias or improper motivation influenced” the decision to open either Crossfire Hurricane or the FBI’s four individual investigations of Carter Page, George Papadopoulos, Michael Flynn, or Paul Manafort.

U.S. Attorney John Durham – tasked by attorney general Bill Barr to investigate the origins of the probe of Trump’s campaign – immediately issued an unusual and cryptic statement declaring that “we do not agree with some of the report’s conclusions as to predication and how the FBI case was opened.” But in the absence of any actual evidence rebutting the inspector general, Horowitz’s conclusions regarding an “authorized purpose” for the investigation and the absence of “improper motivation” are unambiguously good news.

But the IG did not write a 434-page report to praise the FBI. Instead, when he describes the effort to obtain and then later renew a Foreign Intelligence Surveillance Act (FISA) warrant against former Trump campaign adviser Carter Page, he details a series of omissions that were frankly staggering in scope.

The FISA warrant (and the warrant renewals) relied a great deal on the “dossier” of accusations against Trump and his campaign gathered by Christopher Steele, a former British intelligence officer who was gathering information on Donald Trump at the behest of the Hillary Clinton campaign. The campaign’s lawyers had employed a firm called Fusion GPS to conduct opposition research on Trump, and Fusion GPS retained Steele.

This fact had been widely reported, and the FBI had absorbed considerable criticism for relying on a dossier that ultimately proved to wildly wrong in many key respects. Horowitz’s report, however, disclosed a considerable amount of new information – including the fact in its initial FISA application the FBI had “overstated the significance of Steele’s past reporting to the FBI,” failed to include information “relevant to the reliability of . . . a key Steele sub-source” — including that Steele himself had told the FBI information that harmed the sub-source’s credibility — and failed to include a number of statements by Page and George Papodopoulos denying collaboration with Russia and contradicting claims made in the Steele dossier.

When the FBI renewed the Page FISA three more times, Horowitz reports that the FBI made “10 additional significant errors in the three renewal applications.” The most shocking are the findings that the FBI withheld from the FISA court the fact that Page had a “prior relationship with another U.S. government agency” and that an FBI attorney actually “altered an email from the other agency” to indicate that Page “was ‘not a source’ for the other agency.”

As the Wall Street Journal editorial board notes, “the FBI was using Mr. Page’s Russian contacts as evidence against him to the FISA court even as the other agency considered his reports on those Russians to be helpful to the U.S.”

The errors and omissions in the FISA applications were hardly the end of the FBI’s misdeeds. Even after the FBI terminated Steele as a source, Department of Justice attorney Bruce Ohr communicated with Steele, and Ohr met with members of the Crossfire Hurricane team 13 times between November 21, 2016, and May 15, 2017” regarding his contacts with Steele and Fusion GPS owner Glenn Simpson. Ohr’s wife was an independent contractor with Fusion GPS from October 2015 to September 2016.) Horowitz recommended that the DOJ’s Office of Professional Responsibility and Ohr’s supervisors should review the IG findings and take any action they “deem appropriate.”

Keep in mind, this misconduct occurred in one of the most politically sensitive and ultimately high-profile investigations in modern American history – at a time when the FBI should have been extraordinarily focused on doing everything by the book.

This raises the question, if the FBI behaved like this in an investigation as consequential as Crossfire Hurricane, how does it behave in other investigations? It turns out that Horowitz wants to know. Because of “the extensive compliance failures . . . . identified in this review,” the inspector general believes “additional OIG oversight work is required to assess the FBI’s compliance with Department and FBI FISA-related policies that seek to protect the civil liberties of U.S. persons.”

While this additional oversight work is welcome, Congress should go further. It should consider meaningful FISA reform. In October, the American Civil Liberties Union and more than 40 other organizations (including organizations on the left and the right) sent a letter to Congress seeking changes to Section 702 of the Foreign Intelligence Surveillance Act that would increase privacy protections for all Americans. Statutory change would represent a concrete, positive step in response to a concrete, defined wrong.

Americans are rightly dispirited in the face of FBI misconduct and Trump campaign misdeeds. It seems that heroes can be hard to find. But if there is any silver lining in the dark cloud of 2016, it’s that our institutions still do produce men like Robert Mueller and Michael Horowitz – dogged investigators who revealed important truths. The ball is now in the American people’s court. Will we demand better out of presidential campaigns and law enforcement agencies? Or will we merely use the misdeeds as ammunition in the ceaseless war of partisan charges and counter-charges? That’s the choice that we’ll face now, in 2020, and beyond.