The man who threatened to bomb the Capitol area live-streamed himself sitting in a truck, saying ‘I’m ready to die for the cause’ 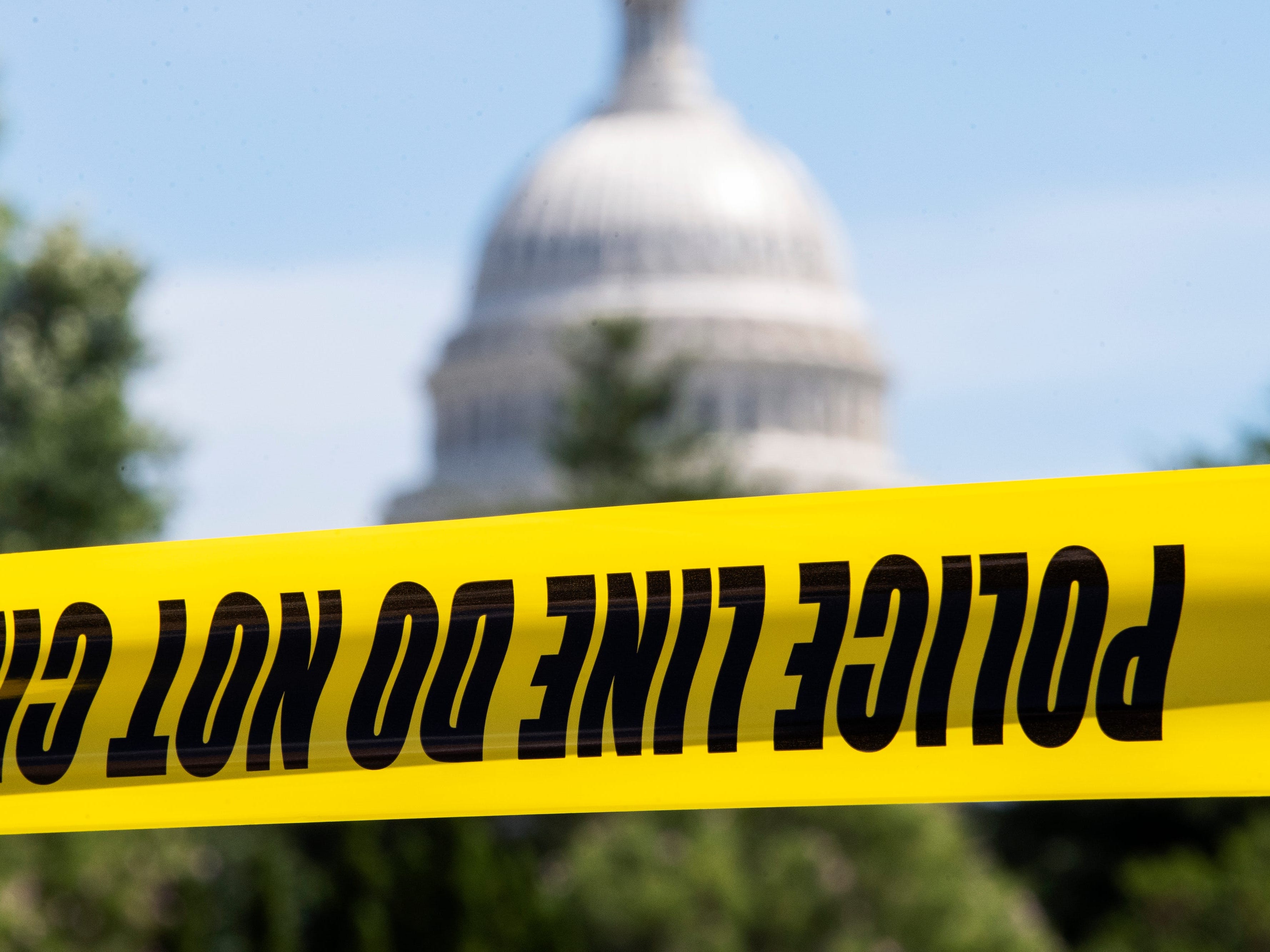 Police tape is seen on Independence Avenue, SW, near the Library of Congress buildings on Thursday, August 19, 2021.

Floyd Ray Roseberry, 49, said he was a "patriot" who was "ready to die for the cause" on Thursday.
Roseberry also claimed that he had a toolbox with him filled with explosives.
Roseberry was apprehended at 2.20 p.m. on Thursday, five hours after Capitol police were first alerted to the bomb threat.
See more stories on Insider's business page.

A man threatening to bomb the Capitol area on August 19 live-streamed himself during part of his five-hour standoff with the authorities.

Capitol police evacuated the area outside the Library of Congress slightly after 9.15 a.m. on August 19 after receiving reports of a suspicious device in a pick-up truck parked on the sidewalk near the building. The Capitol police later tweeted at around 10.30 a.m. on Thursday that there was an active bomb threat investigation in the area.

Law enforcement identified the suspect in the black pick-up truck as Floyd Ray Roseberry, 49, from Grover, North Carolina. Roseberry surrendered to law enforcement at around 2.20 p.m. on Thursday.

In a video seen by Insider, Roseberry was heard saying: "I'm ready to die for the cause." He was also seen holding on his lap what appears to be a black propane tank.

"We're living in a free country, Joe. Choice is yours – if you wanna shoot me, and take the chance of blowing up two-and-a-half city blocks, 'cos that toolbox's full of ammonium nitrate, it's full," Roseberry said.

In another part of the livestream that was re-posted on Twitter, Roseberry calls himself a "patriot" and says that he is "trying to get Joe Biden on the phone."

Facebook has taken down Roseberry's profile and removed re-posts of the man's Thursday morning livestream from its platform.

"We are in contact with law enforcement and have removed the suspect's videos and profile from Facebook and Instagram. Our teams are working to identify, remove and block any other instances of the suspect's videos which do not condemn, neutrally discuss the incident, or provide neutral news coverage of the issue," said a Facebook spokesperson to Variety.

Roseberry gets some support from Rep. Mo Brooks

Rep. Mo Brooks released a statement on Twitter about Roseberry that appeared sympathetic to the man.

"Although this terrorist's motivation is not yet publicly known, and generally speaking, I understand citizenry anger directed at dictatorial Socialism and its threat to liberty, freedom, and the very fabric of American society," Brooks tweeted. "The way to stop Socialism's march is for patriotic Americans to fight back in the 2022 and 2024 elections."

Illinois Rep. Adam Kinzinger called Brooks' tweet "evil" and tweeted separately that the GOP leadership must decide whether it will be the party that "keeps stoking sympathy for domestic terrorists and pushes out truth."

"It is astonishing that this needs to be said, but no one who serves in Congress should be expressing public sympathy with the views of a terrorist who threatened to blow up the US Capitol. I would have thought we could all at least agree on that," wrote Virginia Rep. Don Beyer.

Brooks' office did not immediately respond to a request for comment from Insider.