‘The Mandalorian’ and the Power of an Unimpeachable Season Finale 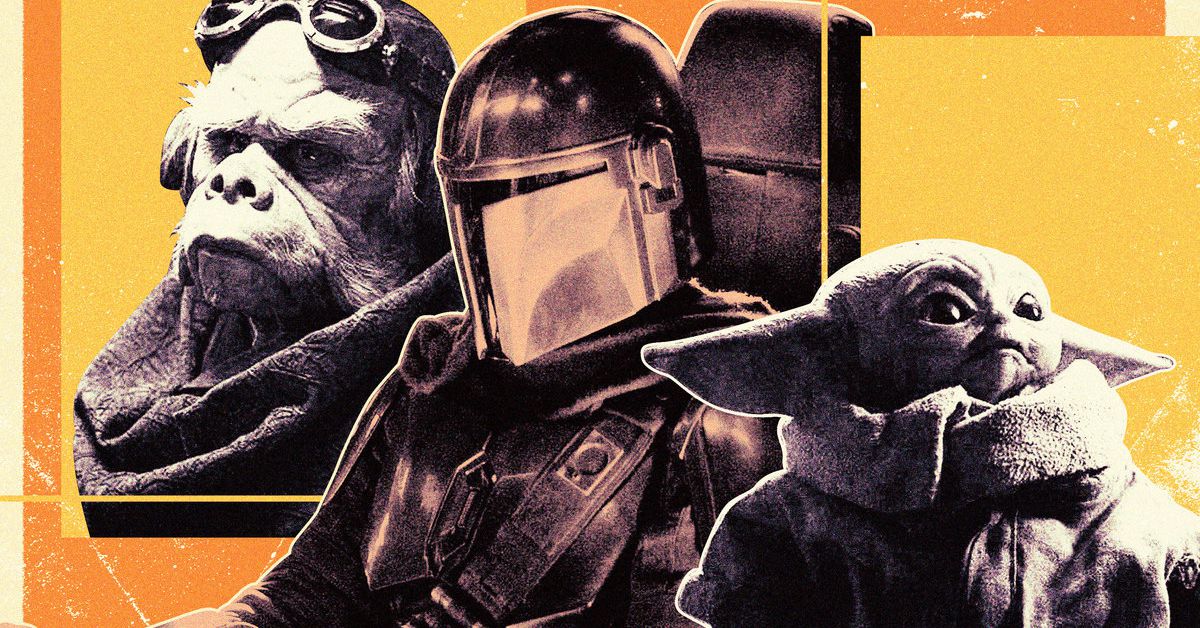 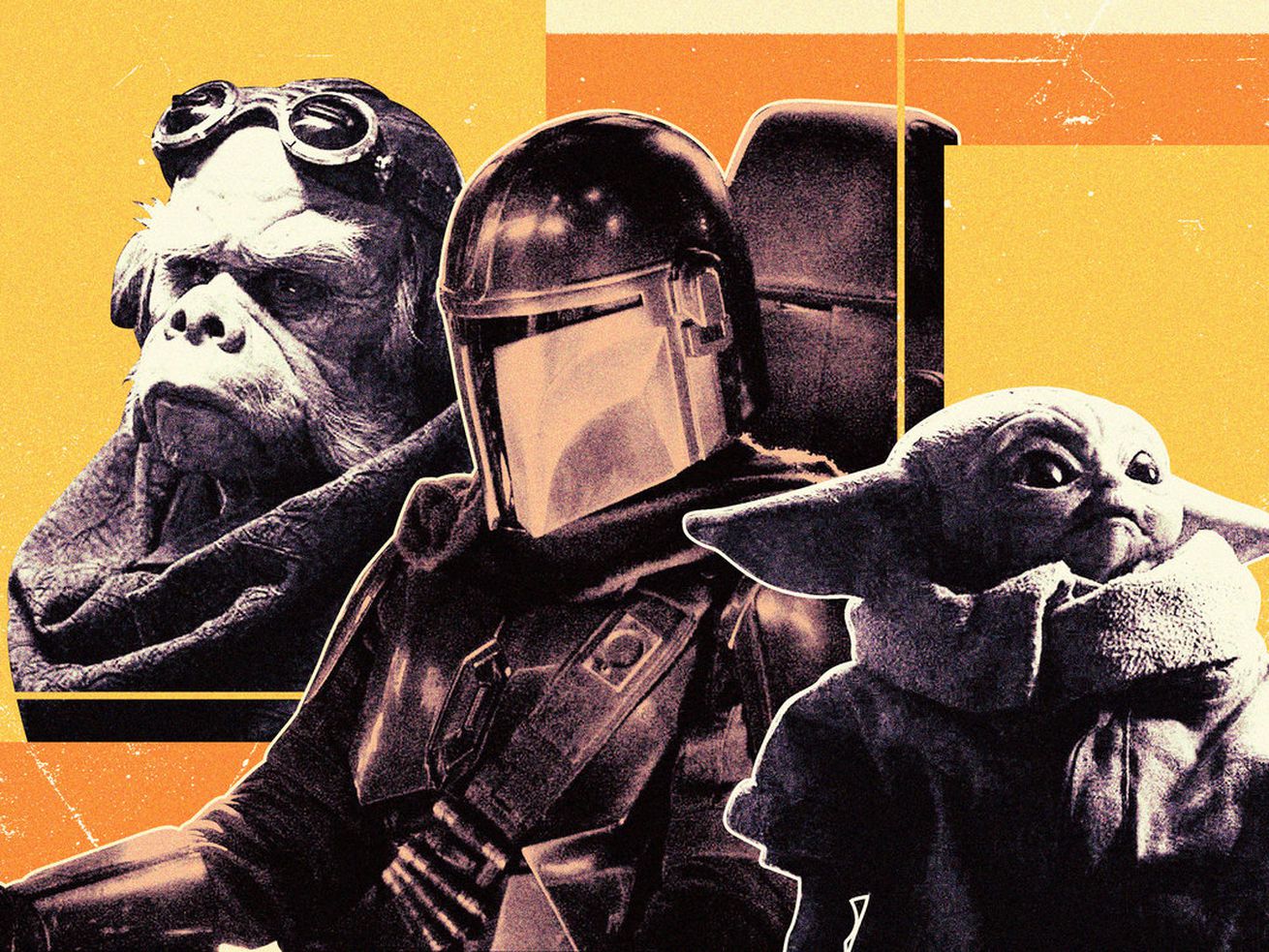 The first installment of Disney+’s flagship series had its hiccups, but a beautiful final episode added emotional depth, set up a second season, and showed what ‘Star Wars’ could do on TV

For long stretches of its first season, The Mandalorian could feel like watching someone else play a video game.

This wasn’t, in itself, a bad thing; “watching other people play video games” now describes a massively lucrative industry, and The Mandalorian shared many of the pastime’s charms. The plot was straightforward: gruff fighter protects cute baby. The action sequences were spectacular, justifying the space afforded them by streamlining the larger story. The episode run times rarely exceeded 40 minutes, yielding eight bite-sized, mission-driven increments less daunting than a multi-hour movie. And besides, as a stylistic influence, games were a logical well for Star Wars’ first foray into live-action television to draw from—a more familiar medium for a (relatively) risky experiment to lean on.

At times, however, The Mandalorian’s style could start to wear thin. A few midseason episodes, like an interlude on Tatooine or a prison ship heist, felt adrift and inessential—like side quests, if you will. Long passages of dialogue read stiff and formulaic, an impression not helped by hiding Pedro Pascal’s face behind a mask and voice behind some mild mechanical distortion. Nor were The Mandalorian’s more rote tendencies entirely due to its gameplay adjacency. Routine is the soul of genre, and what stand-alone prequel movie Rogue One was to the war drama, The Mandalorian is to the TV Western. As Once Upon a Time … in Hollywood’s Rick Dalton could tell you, Westerns thrive on easy archetypes and villains of the week.

To counter such frustrations, The Mandalorian delivered an unimpeachable season finale on Friday, expertly timed to both The Rise of Skywalker and a captive audience of millions still wallowing in holiday downtime. A tidy narrative has already emerged favorably comparing The Mandalorian to its bigger, more unwieldy counterpart; The Rise of Skywalker, the thinking goes, is overstuffed and incoherent, whereas The Mandalorian is more legible and lower-stakes. (Never mind that the reveal of Force-healing in The Mandalorian and its critical role in Skywalker mere days later suggests the two are less in opposition than uncomfortably in sync.) But The Mandalorian’s parting shot is as much a corrective to its own weak points as those of its expanded universe. The show went out on a high note by backing away from its extremes, providing at the eleventh hour much of what the prior stretch had been conspicuously missing. The effect is even retroactive. Baby Yoda–induced awe aside, I would not previously have called The Mandalorian an emotional experience. Now, the character has an arc—and a name!—as well as a title.

Star Wars, as a franchise, has thrived on templates. Whatever George Lucas’s objections to its lack of originality, The Force Awakens became the most financially successful entry in the new, Disney-overseen trilogy for its canny manipulation of known quantities, from objects (a new Death Star) to characters (Han, Luke, and Leia). Even The Last Jedi, for all the fan backlash, defied Star Wars orthodoxy by playing on the audience’s presumed knowledge of its tropes: The hero must be descended from a villain, while the apparent archnemesis must be redeemed. But these sequels managed to avoid a pure rehash by populating this inherited structure with new creations: its core cast. Finn, the defected Storm Trooper finding purpose in an adopted cause; Rey, the orphan who craves nothing more than family and belonging; Kylo Ren, the keyboard-warrior men’s rights activist shipped off to space—all of them infused an old saga with new life, suggesting Star Wars didn’t have to choose between the thrill of novelty and comfort of the familiar.

Much of The Mandalorian, by contrast, skewed toward the latter half of that binary. It’s no coincidence so many of the show’s characters were known primarily by their descriptions, Fleabag-style: the Mandalorian; the Client; the Armorer; the Child, better known to one and all as Baby Yoda. The legibility of these roles came to stand in for detail, backstory, and nuance. What more motivation did the Mandalorian need to go rogue than some vague allusions to a violent childhood and Baby Yoda’s planet-sized eyeballs? What more reason did the Client need for capturing, and possibly vivisecting, a helpless infant than being played by Werner Herzog?

As with the plot—keep Baby Yoda safe, accomplish minor tasks that assist the Mandalorian in doing so—there’s a calming aspect to these characters’ uncomplicated nature. But without either story or protagonists defying expectations, it became easy to lose interest in The Mandalorian’s larger questions, especially as the show made little headway on the path toward answers. Was there reason to believe Baby Yoda’s origins would be less pro forma than its present? What about the Mandalorian? From its premiere, The Mandalorian has excelled as an act of worldbuilding, with every new piece of lore starting to backfill the canon Lucasfilm chief Kathleen Kennedy wiped out much of in 2014. For the mass audience Star Wars has always captured, though, the entryway to said lore is through specific stories and universal themes, bridges The Mandalorian initially neglected to forge.

Yet the last two episodes of the season, particularly the finale, offered reasons to invest that their predecessors had not. A climactic battle pits the Mandalorian and his allies, including Republic veteran Cara Dune and Ugnaught farmer Kuiil, against the Empire dregs who want Baby Yoda for reasons that remain unclear but doubtless evil, headed by Giancarlo Esposito’s Moff Gideon. Initially outgunned, the Mandalorian and his charge are rescued by IG-11, a hunter droid Kuiil reprogrammed into a heavily armed nurse. (IG-11 also happens to be voiced by episode director Taika Waititi.) The Mandalorian has historically been distrustful of droids, at one point insisting Amy Sedaris’s daffy mechanic fix his ship without them. Here, he reveals why: He doesn’t trust their pliability, refusing to believe a few adjustments can alter a being’s true—and, in IG-11’s case, violent—nature.

The implications are hardly subtle, though for a children’s show on a family-friendly (for the most part) streaming service, subtlety isn’t really the goal; resonance is. The Mandalorian doesn’t think it’s possible to break from the amoral life he’s been leading as a gun for hire, despite picking a fight with a slew of Storm Troopers to protect the kid who reminds him of his younger self. He’s proved wrong, and not just by IG-11 or himself. Kuiil, it turns out, was once an Imperial slave, enjoying a pastoral retirement after buying his own freedom. The revelation makes Cara balk, but Kuiil’s journey only emphasizes what the Mandalorian and IG-11 have already shown. People can change; progress is possible; all can achieve, per the episode’s title, “Redemption.”

In a show of trust, the Mandalorian lets IG-11 remove his helmet to heal his wounds. Between Pascal’s visage and Gideon’s reveal that the Mandalorian’s true, given name is Din Djarin, it’s now easier to see The Mandalorian’s namesake as more of a person than a walking mask. But that shift has just as much to do with The Mandalorian’s storytelling, which weaves the fight to save Baby Yoda into a larger tale about choosing one’s principles, whether the Mandalorian way—not a race, but a creed!—or the nascent Republic struggling to take hold in a post-Imperial power vacuum. There’s still plenty to learn about Gideon’s intentions, Baby Yoda’s abilities, and where the Mandalorians fit into the galactic power struggle. (It’s certainly interesting to hear the Jedi described as “enemy sorcerers”!) Rather than isolated bits of information, though, these are now placed within a compelling trajectory—and around a hero who’s more than a means to move the action forward.

Creator and lead writer Jon Favreau has announced The Mandalorian will be back in fall 2020, when we’ll all surely be craving an escape to somewhere far, far away from current events. Until then, we’re left with a show that’s embraced the make-your-own-destiny motif the main franchise has pivoted away from in favor of genetic determinism. Part of Star Wars’ appeal has always been its simplicity: the black-and-white divide between light and dark, the recognizable beats in an alien setting. The Mandalorian was initially overzealous in its dedication to this simplicity, but it found a way to adjust in keeping with the core principle. Going forward, adding emotional heft to The Mandalorian isn’t a distraction. It’s an anchor.