The Odd Comforts of Alternative Rock 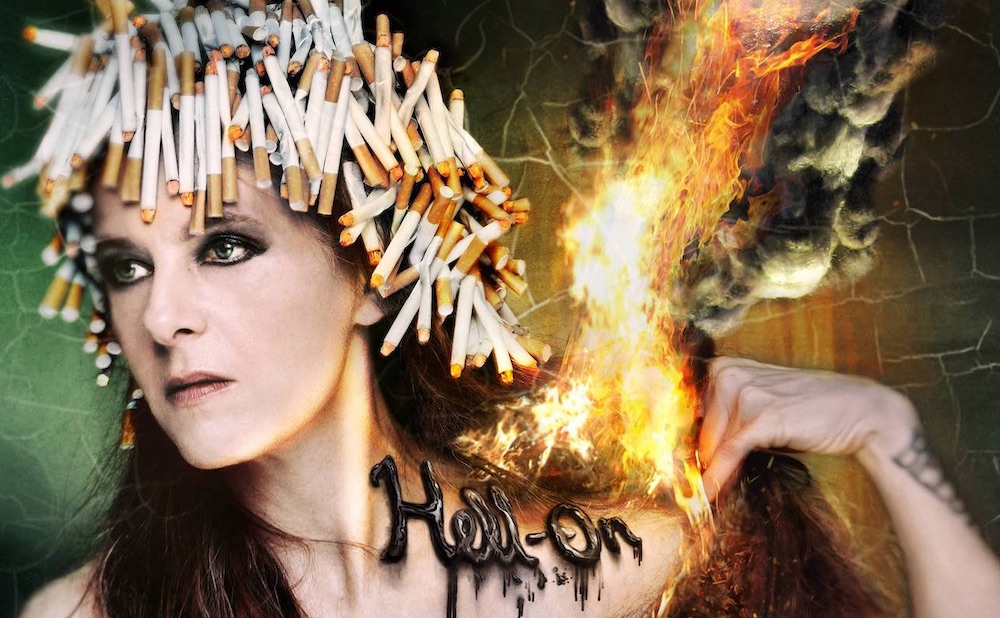 Although 2018 was a big year for alternative rock, crystalizing a new generation of strumming, jangling, yowling, often sadly confessional guitar bands and/or solo performers, few have been able to advance the form past its homemade-minimalist ’90s template. That doesn’t mean the music is useless, though; traditionalism often enables quiet triumphs. Or loud triumphs, if you turn the volume up. The four albums reviewed below demonstrate the range a familiar genre can span when played and presented in new ways.

The DC punk scene is so collaborative that most bands are supergroups — everyone is in a few bands at once, shuffling and regrouping. On Flasher’s first full-length album, three experienced DC punks fashion their own skewed, strangely peaceful variety of guitar noise.

Flasher’s virtues contradict the punk spirit: calm, warmth, passive bliss. Taylor Mulitz plays solidly squiggly riffs over a glowing bed of guitar fuzz that conjures waves, light, the sun’s heat against your skin. Ambient bands would foreground such noise at the expense of tune and tempo; instead, Emma Baker’s drumming keeps the pace jumpy, producing a gawky propulsion that undercuts the soothing, underlying guitar whoosh, which in turn softens and alleviates its aggression.

All three band members sing cheerful melodies in breathy unison, commenting on each other’s vocal lines, exclaiming and sighing, sometimes mumbling, as they are frantically swept up in a collective rapture that disrupts the illusion of a centered musical subject. The occasional smattering of tambourine and saxophone fits in smoothly, while the lyrics, which address political and romantic dysfunction with an open-ended sense of play, disappear right into the sound, although catchphrases do emerge.

“Material” hops over clattering drums and pealing keyboards that abruptly drop out for the guitar to twitch alone, ending in an eruption of soft noise, as they repeatedly coo “Touch the physical/clutch the liminal”; on “Sun Come and Golden,” shakers, clonking percussion, and a rigid bassline leave them “Undone/by the fascination.”

To hear such nervous energy relentlessly generated, only to be calmed immediately by shiny crunches, summery harmonies, and the therapeutic qualities inherent in sonic electricity, is unnerving — shouldn’t they be purging their tension through conventional punk catharsis rather than sustaining both tension and bliss in a prolonged, uneasy balance? The effect is one of mesmerizing beauty.

Thanks to Flasher’s upbeat tranquility, their stillness through motion, this album integrates effortlessly into whatever context you’d like: willing to recede into the background, glad to rock at high volume too. It creates a self-contained world in which the amplifier always hums.

As the generation of indie-rock fans who grew up listening to Cat Power comes of age, the sad female singer-songwriter has become a trope again, so much so that three of them — Julien Baker, Phoebe Bridgers, and Lucy Dacus — have teamed up as the band Boygenius, intended to defeat the misery of that stance via collaborative solidarity. Dacus’s own album inhabits the pose with grace, although she also sounds lonely.

Dacus’s voice is quiet but enveloping — low, resonant, not quite crisp, like a blanket frayed around the edges. Her band, a clunky, jangly electric addendum to her strummed acoustic guitar, establishes a similarly mellow, unobtrusive coffeehouse-folk sound, designed to draw attention to her lyrics.

Like her friend and bandmate Baker, she sings about quiet lapses of faith, brief moments of crisis invisible to the outside world, although her songs tend more observational, sketching characters that don’t stand in for her but might stand in for you: the friend who renounces religion and small town life and moves to the city in “Nonbeliever,” the friend plotting self-immolation on “Body to Flame,” the couple who keeps getting back together because there’s nothing else to do in “Addictions,” the songwriter with writer’s block in “The Shell.”

When she nails a lyric, the welcoming melancholy in her voice is projected onto the character, as if to embrace all sad or lonely or confused or merely strange passing outcasts, especially other women; her mope is a concealed gesture of friendship.

Her voice and band are both sufficiently blurry that on the occasions when the guitar doesn’t slash out just right, or the drums don’t patter, or detachment takes over her voice, the songs slide into vagueness, coming into focus only when you squint to see the involuted lyrical detail.

This album conveys a deep-seated emotional resilience, but there’s not enough tension in it — she needs more musical ingredients, more irritants, more guitar solos like the one in “Timefighter,” to push back against. Singing in a room by herself, she imagines an outside world.

Vocally and musically — in the way she exactly enunciates long, nattering verses, in the chiming acoustic guitars and perfectly rounded, ringing riffs, in the clean piano chords and even the darkly spacey keyboards echoing like the wind — Case prizes clarity.

Musical precision reveals the complexity of her melodies and the twists in her lyrics, but that doesn’t seem to be the motivation; it’s more that her lyrics are twisted and her melodies complex specifically to test her capacity for precision. Often the details matter less than how their presence suggests sharp intelligence and spiritual yearning in the abstract. She embraces circumlocution because she might as well, since she can condense anything into a decipherable song; her albums function as communication games, in which she stretches the limits of conventional expression.

This album is more mournfully grand than her norm, conjuring wider spaces and gloomier melodies, with lyrics that dwell on environmental collapse above all (“Be careful of the natural world,” she warns on the first song, and then: “Have mercy on the natural world”). The sharpest songs focus on beleaguered individuals whose grievances are somehow emblematic: “Halls of Sarah,” whose protagonist/victim suffers all the indignities male artists have inflicted upon female muses, which eventually inspires Case to overdub her own wordless humming into a makeshift choir; or “Last Lion of Albion,” about the last member of a dying breed, as the marching drums and frantically strummed acoustic guitars mimic the lion’s nobility and desperation. “Bad Luck” and the Eric Bachmann duet, “Sleep All Summer,” address vaguer existential longing, but without anything specific to get angry about, she sounds bored.

As usual, Case’s extreme aesthetic distance produces a few marvelously weird songs and a few songs that sit motionless, demanding dissection. You can hear her concocting and solving puzzles.

Sad singer-songwriters are supposed to gesture at the anguish of adolescence, but Sophie Allison understands it. Throughout her first album, she mixes the fuzzy fragility of the lo-fi demo with epic teen melodrama.

Soccer Mommy’s trick is to combine several smaller, more commonplace tropes in the service of a grander narrative: the breathy sneer, the vocal ache that signals adolescent misery and gender solidarity, the guitar distortion whose rawness correlates with lyrical introspection, the diaristic illusion, the tunes that sound catchy in your head and abrasive when she sings them.

Songwriters aiming to capture this kind of emotional turmoil usually view it in covertly idealized retrospect; Allison writes and sings with an awkward realism, a comedic detachment more commonly found in film, where the same sensibility by now scans as intolerably sentimental. But her guitar playing is too sharp for that, crunchy and blistering with a soft veneer. So is her singing, as she cultivates a bemused indifference that cracks at unexpected moments, like when “Cool” ascends into a gleeful high note (“Ooooooooooh” is the best vowel to draw out, as she and Taylor Swift know).

Whether strumming morosely or blasting out rhythm guitar fireworks, she’s at her daftest and most vulnerable when she mixes overwrought metaphor with banal concrete detail, which evokes the reality of infatuation more exactly than either would alone. On the opening “Still Clean,” her beloved who loves her “like an animal” is a wolf who then takes her to the river and washes her out of his teeth, while the closing “Wildflowers” finds her blooming through a crack in the New York sidewalk, having emotionally come into her own.

With Clean, Allison captures an agonizing tenderness, especially when she’s funny, a confluence of pain and elation. It stings because it feels so ordinary.

The post The Odd Comforts of Alternative Rock appeared first on Hyperallergic.