The personal motivation fuelling Aussie women at the Sydney sevens 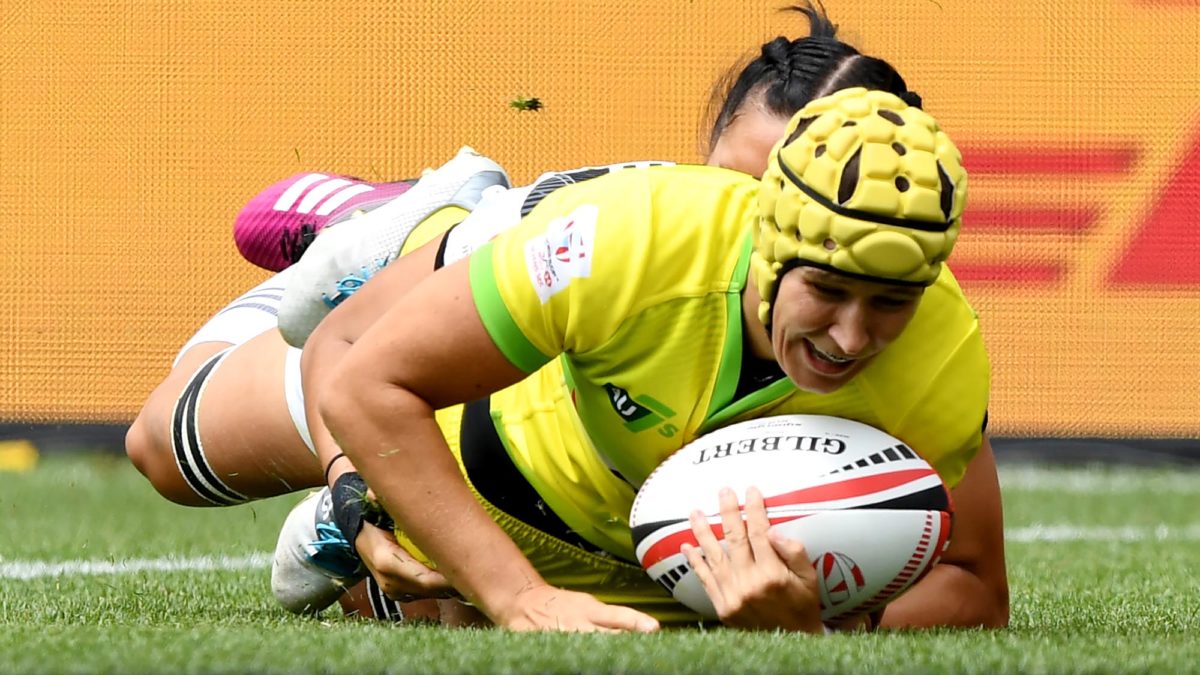 After finishing fourth over the weekend in Hamilton, the Australian women head into the Sydney leg of the world sevens tournament ranked second behind New Zealand.

Shannon Parry is one of the players hoping to compete this weekend, particularly given this is the team’s home tournament.

“Having been in this game for a little while and being one of the oldest players in the team, I have only played at home a couple of times and every time it is so memorable,” Parry says.

“Running out in the green and gold, having your family there and having everyone in the crowd cheering for you for a change is something you don’t forget as a player.

“This tournament has a very special feeling about it and is one that every player really cherishes.”

Following the devastating bushfires, the tournament will take on added significance, with Rugby Australia announcing a series of fundraising initiatives, including free tickets for firies and a commitment by World Rugby to match RA’s pledge of $500 for each try scored by the Aussie men’s and women’s team.

The devastating blazes have had a direct impact on some of Parry’s teammates. Sharni Williams is from Batlow in southern New South Wales, which was one of the areas hardest hit, and she has been doing her best over the last few weeks to fundraise. 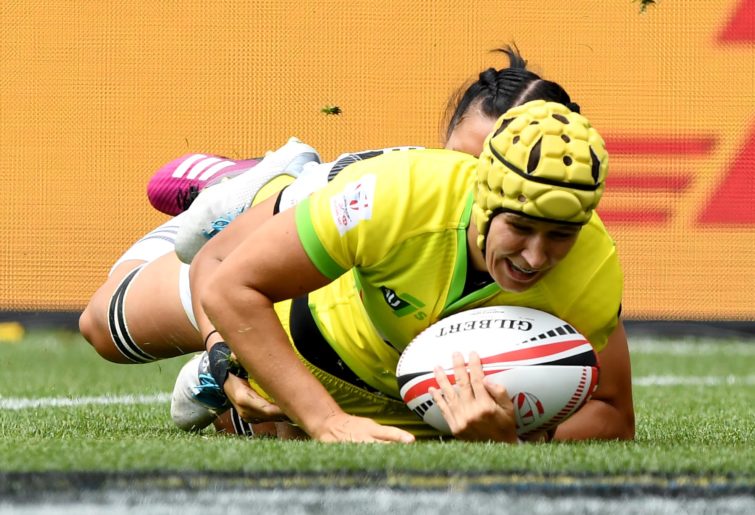 “It has been so hard to see what has happened to where she grew up. When the fires started you could see in her eyes that she knew it wasn’t going to be the best,” Parry says.

“We have a lot of women in our squad that are from the country. We went and spent some time out at Nerriga a few weeks ago and for me personally, not growing up in the bush but growing up in Brisbane, to go there and see the devastation of the community was quite a confronting experience.

“You see it on television, but to actually see it with your own eyes puts it into perspective. Hopefully we can score a number of tries this weekend because every dollar counts and we can give that money to people who really need it.”

At the end of this series, the focus shifts to Tokyo, with the squad heading off on an overseas camp at the end of June that they’ll use as preparation for the Olympics.

For Parry, it has been incredible to see the growth of sevens since the Rio games given the sport was amateur when she started playing.

“I was a full-time teacher and juggling rugby on the side,” she says.

“To then be given a full-time contract to join the team in Sydney was surreal. To drop everything in a month to move down to Sydney made it a reality.

“I never thought I would be a full-time athlete in my career. Now, seven years later, we’re still living this dream.”

The results can also be seen at a grassroots level. Parry’s first chance to play rugby sevens was when she turned 18; now girls are playing as young as age six.

A big reason for this change is the legacy this team has left and the platform they have had to promote their sport following Rio.

“Twelve months before we played in Rio, the kids at the Sydney sevens had no idea who we were,” Parry says. “Flash forward to a year later after we won that gold medal, they knew us all by name.

“It was incredible how 12 months could so dramatically change a sport and show people that women can play a traditionally male-dominated sport.” 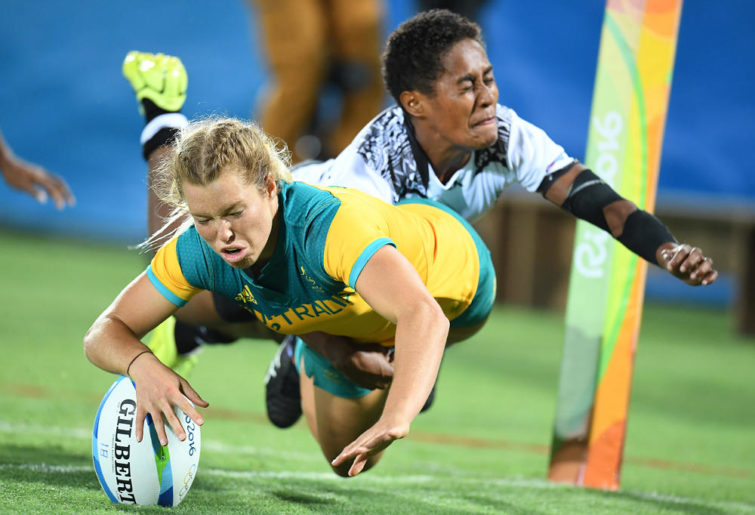 There are few women who have contributed more to Australian women’s rugby than Parry. She has co-captained the national team, for whom she has 28 caps, as well as 12 caps for the Wallaroos.

While the Aussie sevens program became professional leading into the 2016 Olympics, the 15s version of the game lagged behind. But now, with Super W heading into its third season, both versions are becoming increasingly visible.


Will relegation in the north promote rugby in the south?


The personal motivation fuelling Aussie women at the Sydney sevens


What do we know about the Australian conference ahead of Round 1?

Importantly, following the 2017 Rugby World Cup held in Ireland, the Wallaroos have qualified for the next tournament, which will be held in New Zealand in 2021.

“There is a lot of young talent coming through and a big reason for that is the Super W,” Parry says. “Instead of playing nationals over a weekend and playing shorter games, women are now being given the chance to play five weeks of competitive rugby against the best in the country.”

Additionally, RA has invested in the 15s version of the game, with the Wallaroos being given more chances to play Test rugby.

“For the Wallaroos, that’s what we need. We need more Test matches and more consistent rugby at that next level so we can bridge the gap,” Parry says.

“It is about the Wallaroos getting more games. There is a big step up between playing Super W and for the Wallaroos, but the more we can get that international experience, the better it will be for the squad.”