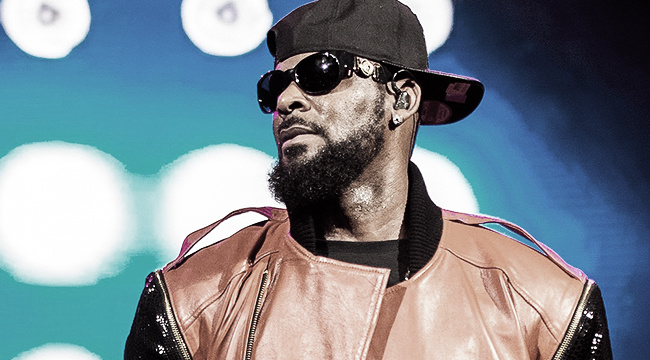 R. Kelly is all out of excuses. Of course, he ran out ages ago, when his predatory behavior was first revealed by the sex tape he made with a then-underage girl. However, that hasn’t stopped him from releasing a nearly 20-minute track earlier this week titled “I Admit,” addressing the slew of allegations against him in the years since, some as recently as last year, when he was accused of holding several women against their will in an alleged “sex cult.”

Unfortunately, despite its title, the track is light on the admissions many of his fans and detractors alike would want from such a piece — admissions of wrongdoing, admissions of guilt, or admissions of sincere attempts to change. Instead, he reels off an epic poem-length litany of standard celebrity complaints about haters, crooked managers, and self-pitying justifications for the scandalous moves of the past two decades of his career.

There is, however, one admission of note, which he evidently hopes inspires sympathy, but instead only renders his past actions all the more heinous. About midway through the song, he drops a bomb: “Now, I admit a family member touched me / From a child to the age 14 / While I laid asleep, took my virginity.”

Unequivocally, it’s terrible to hear that R. Kelly was a victim of abuse. It’s also just as terrible that, like many victims of abuse, he chose to continue the cycle of abuse, inflicting his traumas onto other innocent people — especially young, Black women. R. Kelly wants understanding for the motivation behind his predations, but all he leaves are questions.

If he knows the terror and shame of abuse, why would he choose to impart those feelings to young, vulnerable women instead of seeking treatment and therapy for his trauma? Why would he use his celebrity and influence to safeguard himself from prosecution? Why would he go out of his way to choose the most vulnerable of targets, knowing that they would be less protected, less regarded, more scrutinized, and yet, more overlooked once his wrongdoing had been discovered?

If this reads like victim-shaming of Kelly, it’s because that’s exactly what he hopes to change the narrative to by releasing “I Admit.” In the wake of Spotify’s failed abusive content policy and the recent BBC documentary which interviewed some of the women who say that they were part of his “sex cult,” he wants the protection of his own victimhood. He thinks that by “admitting” to his own former abuse at the hands of family, he’ll earn absolution for his own actions. That’s unacceptable, because no matter what happened to R. Kelly in his early life, he is still a grown man, responsible for his own actions.

His issues deserve acknowledgement as the root of the pathology that drives him to prey on girls and young women, but by no means do they justify his behavior. He further undermines his supposed victim status while trying to highlight his persecution by journalist Jim DeRogatis, who continued reporting on R. Kelly’s predation long after the media spotlight from the initial sex tape leak had died down.

Kelly lashes out at DeRogatis, at Steve Harvey, at radio host Tom Joyner, at anyone who has tried to call him out over the past few years or hold him accountable. He likens himself to, of all people, Bill Cosby, railing against the justice system for trying to put him away: “Ain’t seen my kids in years, they tryna lock me up like Bill,” he sings. He behaves, for all of his justifications and excuses, like a guilty man, knowing he deserves reckoning, desperately trying to avoid it — or at least, take someone, anyone, down with him.

R. Kelly can try to lay the blame on the feet of his detractors, the young women that he’s taken advantage of, the women’s parents for placing them in his path in the first place (“Don’t push your daughter in my face, and tell me that it’s okay”), the justice system for doing what it was basically designed to in the first place, or his own trauma, but the fact of the matter is, he knows what he’s been doing for a very long time. He knows none of this absolves him of the obligation to confront his own issues, to own up to his behavior and face the music, or to make amends for the damage he’s done. He released twenty minutes of excuses because that’s all he has. R. Kelly’s real problem is that these excuses no longer work. They never really did.