This Is What It’s Like To Suffer From Prenatal Depression 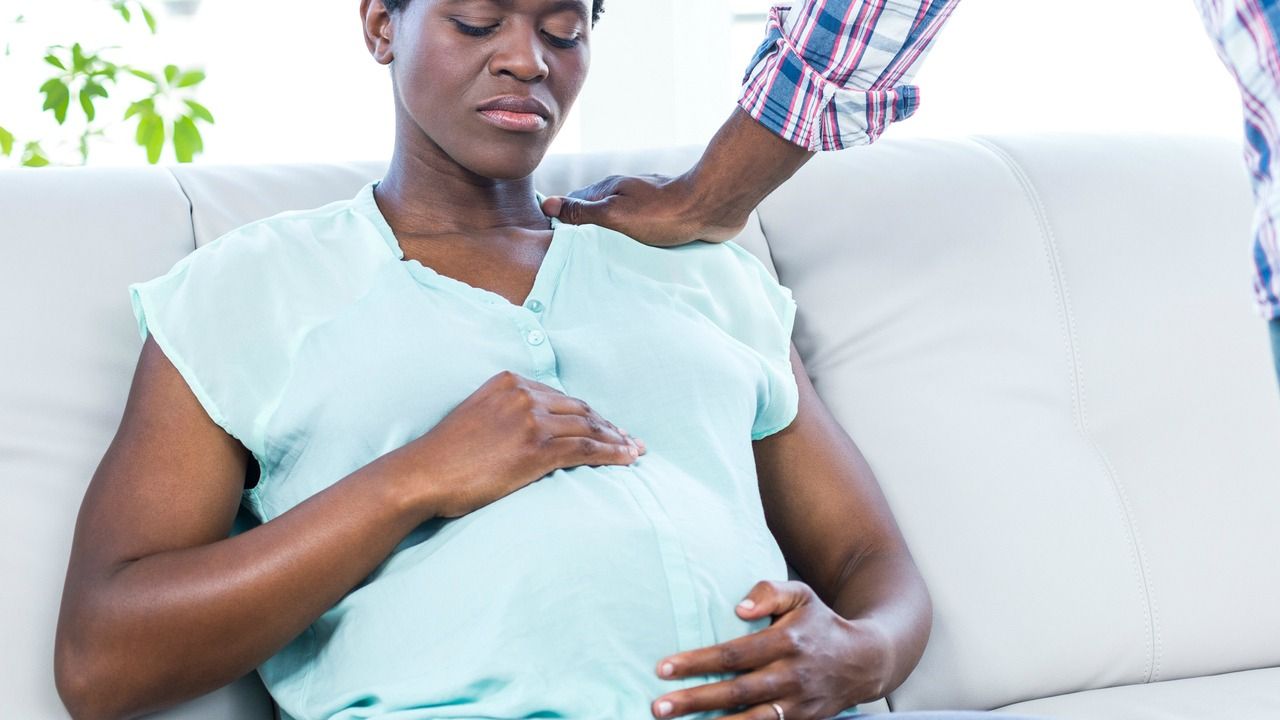 When I found out I was pregnant the second time around, my reaction wasn’t what you’d expect for someone who’d been trying for a year and a half to get pregnant. Out of nowhere, I was hit by a deep and confusing combination of sadness and helplessness. From week 6 to about week 16, I struggled to find the motivation to keep existing. I couldn’t understand why something I’d looked forward to for so long had triggered such negative feelings.

All I knew was I was severely depressed, and the words “congratulations” was enough to trigger a crying fit. Much later, I would be able to identify with the term “prenatal depression,” a specific form of depression that has an onset during pregnancy.

According to The Journal of the American Medical Association, prenatal depression is a growing problem faced by mothers. We don’t know if it’s truly more common than before, or if we are finally getting more comfortable talking about mental health during pregnancy. Either way, it’s essential that we are mindful of the reality of depression during pregnancy.

Here are a few of the signs that signal a need to seek help.

One of the first signs that something was wrong and I needed to seek help was the feeling that a cloud of despair was over my head. Things that generally brought me enjoyment were no longer worth my time. I found myself returning phone calls and messages very late or ignoring them all together. I was just too sad to do anything. All of this was out of character for me and was a source of concern for many of those around me.

During pregnancy, you will experience a lot of hormonal changes. It is not uncommon for pregnancy to cause mood swings and other confusing emotional changes. However, those mood swings will seldom surface in the form of pervasive and persistent sadness.

By my 6th week of pregnancy, eating didn’t seem worth my time. Most times I would still get hungry, but with time, my body learned to expect small portions or nothing at all. Naturally, some of this was related to morning sickness, but an overwhelming amount was due to my apathy towards eating.

As with many symptoms, how much you eat during pregnancy, especially in the first trimester, depends on the individual person. Appetite changes are common during pregnancy. However, those changes are more commonly associated with an increase in appetite. In my case, it went much broader than “morning sickness makes it uncomfortable to eat.” If morning sickness is the source of this change, talk to your prenatal care professional about medications that help with morning sickness. If eating is something you’d rather not do, it might be necessary to seek more serious help.

Feelings of guilt or hopelessness

For some reason, the thought of having a second baby made me fear I would become a worse parent to my son. I was afraid that being a mom of two meant less love for both children. I also felt guilty that I was too tired to give my son the attention he needed to grow and thrive. These negative feelings eventually caused me to sleep anywhere from 12 to 18 hours a day.

When you are feeling hopeless, it is most effective to communicate with loved ones or your support network. Talking to others about the negative thoughts you’re having can allow you to process these thoughts externally and then rationally. Occasionally, expressing your fears out loud is enough to alleviate some of the stress. If you’re not comfortable speaking with those close to you, there are many opportunities to do so with less personal contacts like a therapist, doctor, community workers, hotlines, and even local religious support persons.

Thoughts of death or suicide

At the height of my depression, I thought about death a lot. I never thought about killing myself or putting a plan in place. But I did frequently consider the ways dying could stop the continuous physical and mental discomfort I was facing in the first few months of pregnancy.

Thoughts of death are almost always a sign an individual should seek mental health assistance. If you or someone you know needs help, visit the National Suicide Prevention Lifeline or contact Crisis Text Line by texting “START” to 741-741.

Motherhood comes with the expectation of sacrifice. One sacrifice that is never worth it is your mental health. I wish could say “this is what solved my problem,” but truthfully, I don’t know. With time and expression, I slowly started to feel like myself again.

Unlike postpartum depression, prenatal depression is relatively unknown and vastly under-discussed. If you find yourself battling depression during pregnancy or even just a few of its debilitation symptoms taught to your doctor and see what options you have available.

The post This Is What It’s Like To Suffer From Prenatal Depression appeared first on Scary Mommy.