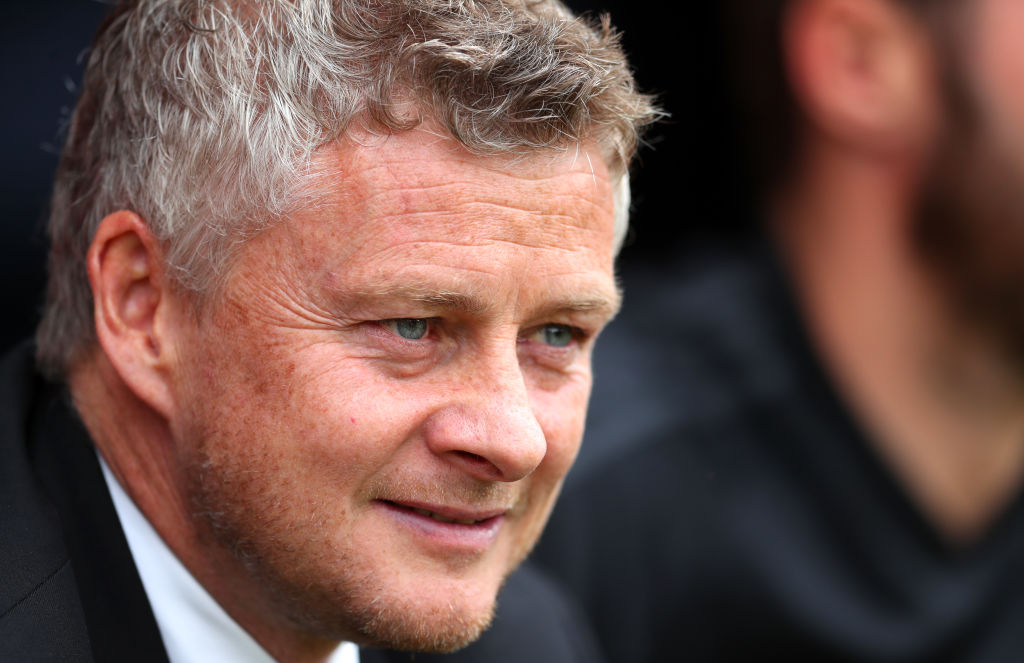 United will have been keen to bounce back from their defeat to Crystal Palace at Old Trafford last weekend.

However, they had to try to do it without Luke Shaw and Anthony Martial, both of whom missed Saturday’s clash with injuries.

Ole Gunnar Solskjaer would opt to deploy Andreas Pereira in United’s attack instead of Mason Greenwood who started on the bench.

Here’s your #MUFC side to face Southampton…#SOUMUN

As for Southampton, they were going in search of a second successive league win after beating Brighton this past weekend.

The teams are in!

Here’s how #SaintsFC line-up to face #MUFC this afternoon at St Mary’s: pic.twitter.com/QqyODVARIY

Man United would take the lead inside 10 minutes on Saturday with Daniel James curling one in from just inside the Southampton box.

Jannik Vestergaard then equalised for Southampton in the 58th minute with the game finishing 1-1.

The Saints are level!

Jannik Vestergaard towers above Lindelof to thump home a header…

Here are three talking points from the game.

Daniel James was Man United’s only attacking signing this summer.

Given James had never played Premier League football before signing for United, Man United fans probably weren’t expecting too much out of him.

However, since making his debut for the Red Devils, James has been in top form.

The pacey winger would score on his PL debut as Solskjaer’s side smashed Chelsea 4-0 on the opening weekend.

The Welshman blanked in the proceeding tie vs Wolves. But he has since gone on to score vs Crystal Palace and now vs Southampton, netting the opening goal on Saturday.

Daniel James is on fire

The Welsh winger cuts in and finds the top corner with a beautiful strike!

James’ strike vs Southampton meant he had scored three goals with his first three shots on target in the English top-flight.

The 21-year-old is also now Manchester United’s top scorer this season with three in four appearances.

Sticking with another new addition of Man United’s, Aaron Wan-Bissaka was in great form vs Southampton.

The young full-back joined United for a pretty big fee of around £45m plus £5m in add-ons but it does seem to have been a solid buy.

AWB may not be as good as say Trent Alexander-Arnold going forward but the former Crystal Palace man is a superb defender.

The right-back put in countless tackles vs the Saints and kept Sofiane Boufal pretty quiet while he was playing out wide.

While United’s defence isn’t the finished article, Wan-Bissaka has certainly brought some much-needed quality to their right-back spot.

Paul Pogba is arguably one of the most frustrating players to watch for Manchester United.

When the Frenchman is playing well he is often unplayable and a case could be made he is one of the best central midfielders in the league.

However, whether it be a motivation problem or something else, when Pogba isn’t at his best, he is normally awful.

Unfortunately for Man United fans, Pogba had one of his off days vs Ralph Hassenhutl’s side.

Pogba gave the ball away so many times in the first half and was perhaps United’s worst player.

Even when Pogba was moved a bit further forward in the second half he still wasn’t great.

If United want to be competing for a Champions League place this season they need Pogba to show a lot more consistency throughout the remainder of the campaign.

Paul Pogba passed to Scott McTominay just once in the first half.

Scott McTominay passed to Paul Pogba just once in the first half.