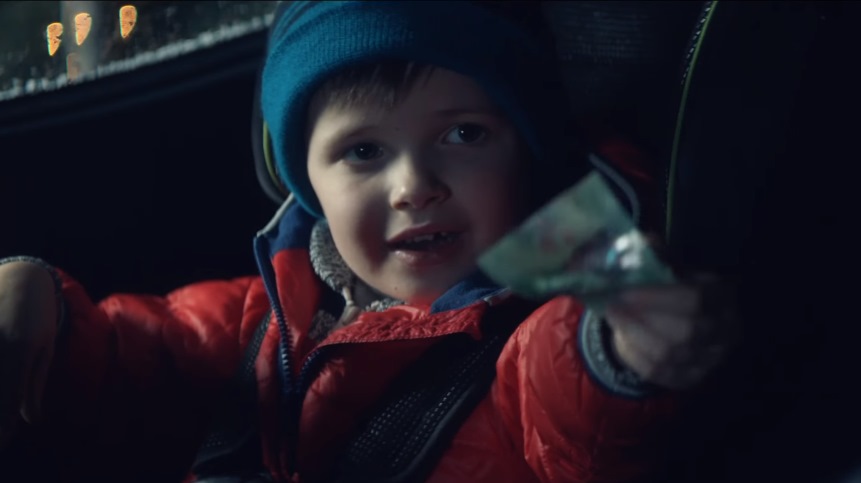 Canadian food and beverage giant, Tim Hortons, is returning the brand’s True Stories campaign footprint to its roots. Chosen from almost 18,000 stories received organically through the company’s website since 2008, its latest six-story series is based on real people and real experiences.

Crafted by creative shop, GUT, the fresh format shines a spotlight on Canadians with a compelling story to share. The first spot, Little Man, Big Heart, features then five-year-old Conor Raichel from Fort Saskatchewan, Alberta, now seven. His tale is a touching example of generosity.

The Tim Hortons short depicts how he asks him mum to pay for the order of the person behind them in a drive-thru line. When she says that she has with her exact change to cover their order, the boy produces the $20 bill gifted to him by his grandpa, hands it over, and encourages her to pay it forward.

The motivation for his selfless deed was kindness at Christmas. This holiday season, he says he wants to challenge all Canadians to show someone a little bit of love the next time they are at Tim Hortons. He believes that a deed as simple his own has the power to make someone’s entire day.

Conor’s video from the True Stories series has rolled out online and begins airing on television starting 5 December. The remaining five will be released throughout 2019. Followers can share their own stories through the brand’s website or social media via #TimsTrueStory.

“This is a departure from guest-inspired stories to ones that reveal authentic moments which celebrate the unique relationship people have with our brand. The push will make you cry or laugh, and brings Canadian values to life,” said Paloma Azulay, Global Creative Head at Tim Hortons.