Time & Integration: The Art and Beauty of Integrated Bracelets 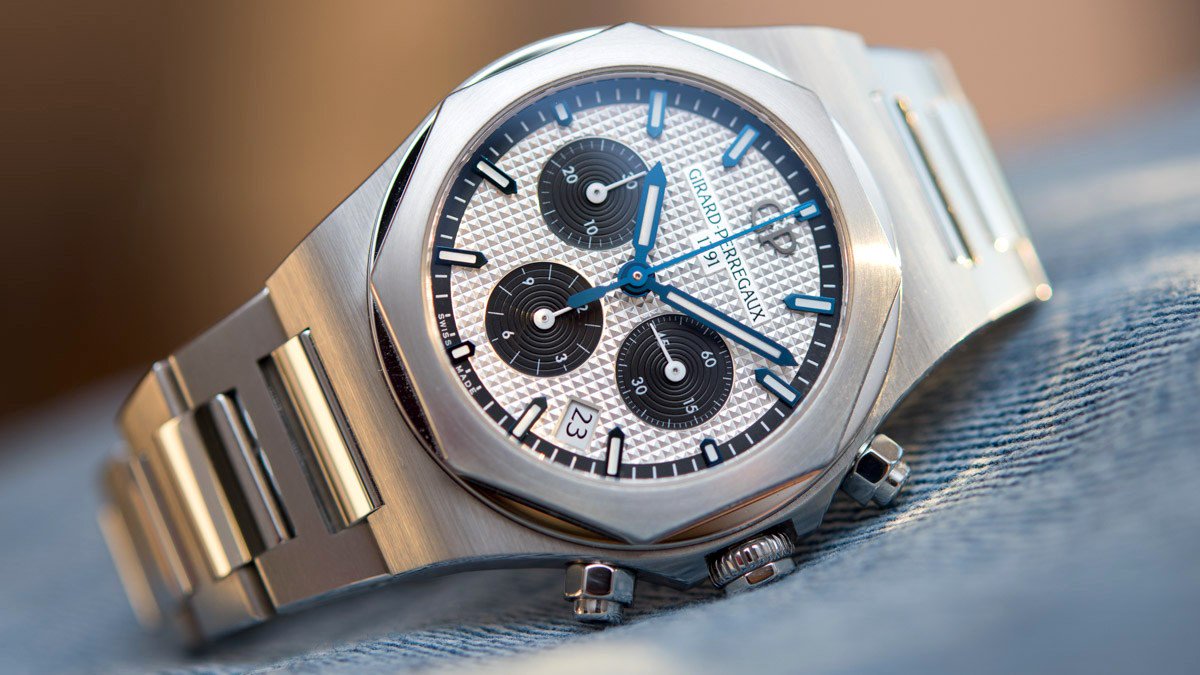 In an era where watch customization is more popular and prevalent than ever, integrated bracelets are far less common in the world of watchmaking than they once were. Driven to fame by the work of Gerald Genta who penned the Audemars Piguet Royal Oak, IWC Ingenieur, and Patek Philippe Nautilus, we aren’t seeing as many new examples hit the market these days, however many from those glory days have risen to very collectible stature. Watches with integrated bracelets benefit from the fact that their design inherently makes them instantly recognizable when compared to other conventionally cased watches. Sure, in most cases you’re beholden to the manufacturers when it comes to bracelet or strap choices, but in trade the fit and comfort found with these watches is top notch. Either way, the category makes for an interesting group of contenders, fueling the motivation to take a closer look at what’s on offer in the category for 2018. You’ll forgive us if we forego the obvious Nautilus and Royal Oak, as there’s little to say that hasn’t been said a hundred times already. 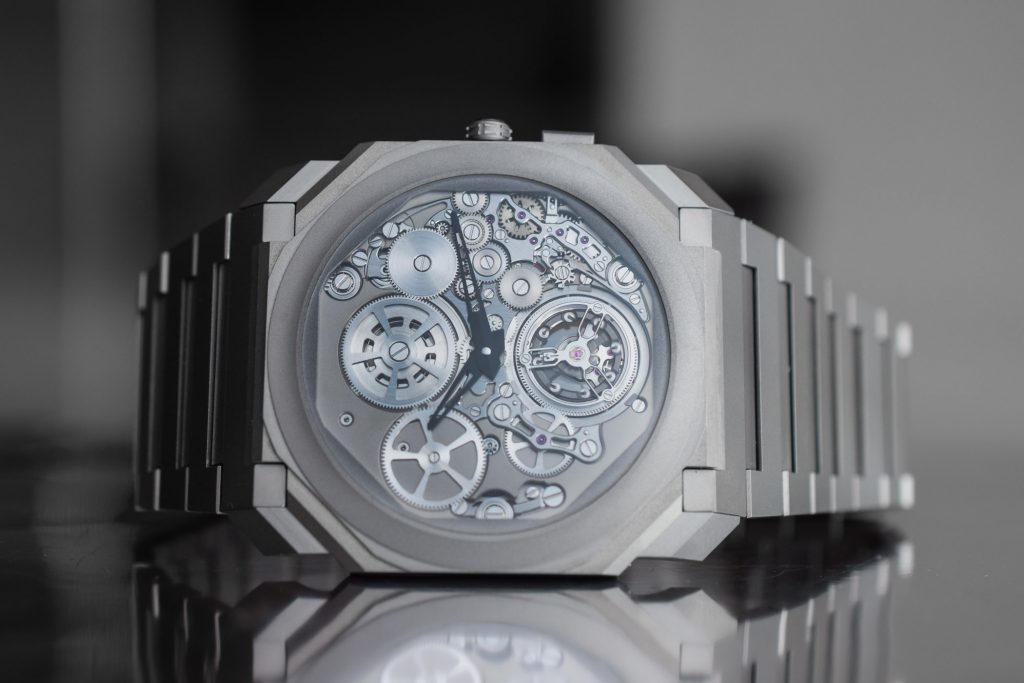 Of the recent releases in the watch industry to appear with an integrated bracelet, The Bulgari Octo Finissimo Automatic has received far more praise than any of its counterparts. The ultra-thin watch—measuring only 5.15mm thick—and it slender-yet-broad bracelet feel absolutely incredible on the wrist, further enhanced by a clever bit of bracelet clasp engineering. Wanting to reduce the thickness of its bracelet to properly match its featherweight case, Bulgari’s team opted to cut away portions of the underside of its bracelet links, allowing the clasp to tuck away into the bracelet itself. Having tried this model on its leather strap option in the past, frankly we’d say don’t bother. You’ll never want to take this bracelet off your wrist. 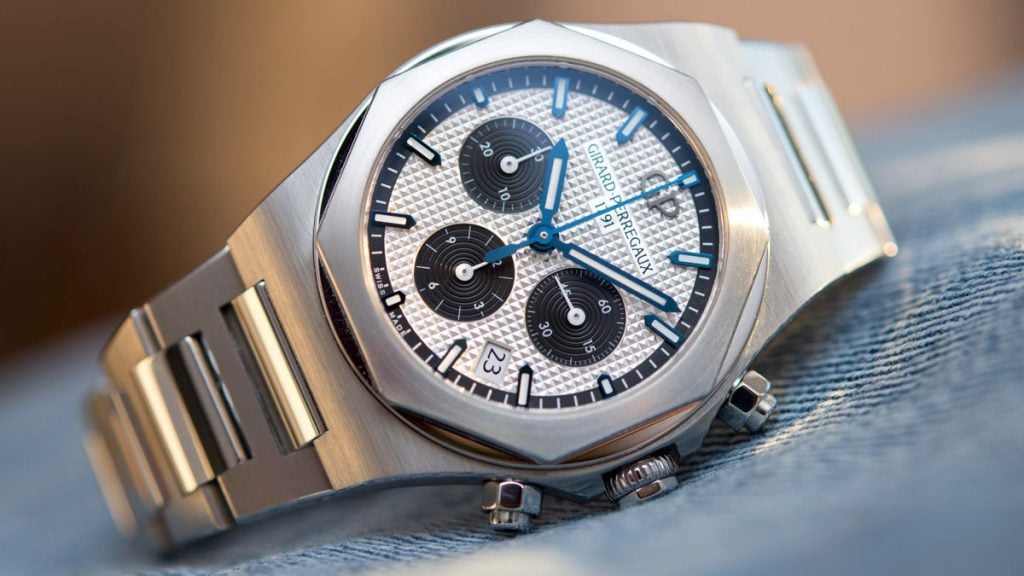 Though the nameplate is longstanding, it took some time for us to see a proper rebirth of the Laureato collection. Rolling out in 2017, and followed by further additions to the collection earlier this year, the Laureato has become the new “hero line” of GP. Sure, they were thrown under the bus by some who wrote the design off as being too derivative of the Audemars Piguet Royal Oak. That in mind, its origins come from a time where that aesthetic was prevalent throughout much of the industry, and in my humble opinion the new watch is reasonably distinct from the classic AP if you take the time to examine it “in the metal”. What’s of particular interest is the number of different case sizes in the collection. The core men’s pieces (the 3-hand and chronograph models) come in both 38mm and 42mm. As someone with relatively modest wrists, the gap in sizes proved interesting, as I found that on its leather strap the 42mm model’s proportions suited me best, whereas it was the 38mm that fit like a glove when worn with its integrated bracelet.  Especially with the launch of the panda-dial chronograph, I could easily see the 38 on bracelet becoming a great go-to daily wear watch. 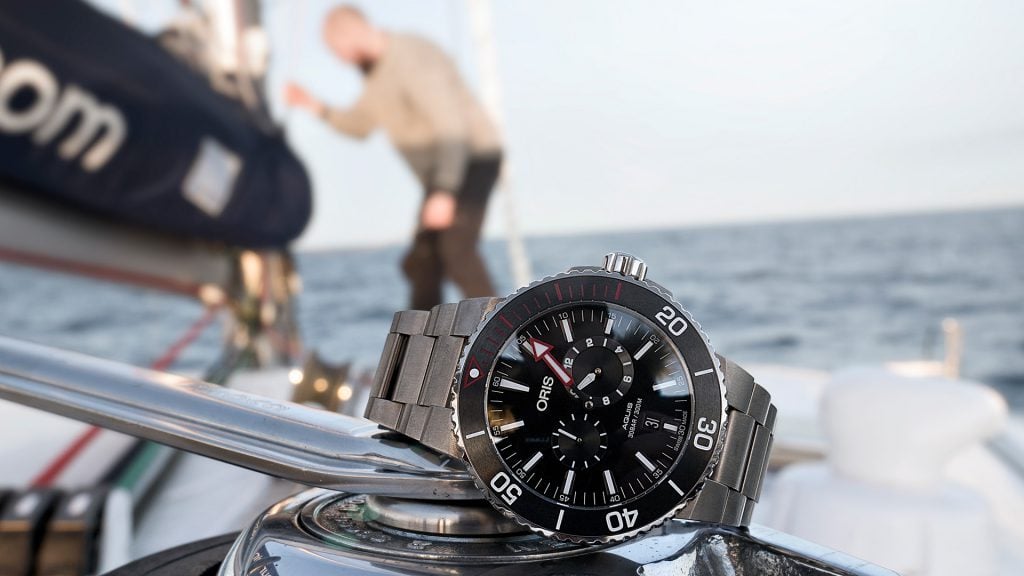 On the much more affordable end of the spectrum, the Oris Aquis is one of the few longstanding divers designed with chunky integrated bracelets. Though it is interchangeable with an Oris-supplied rubber strap, the unique double-width lug design to its case makes the bracelet inherently more aesthetically pleasing. 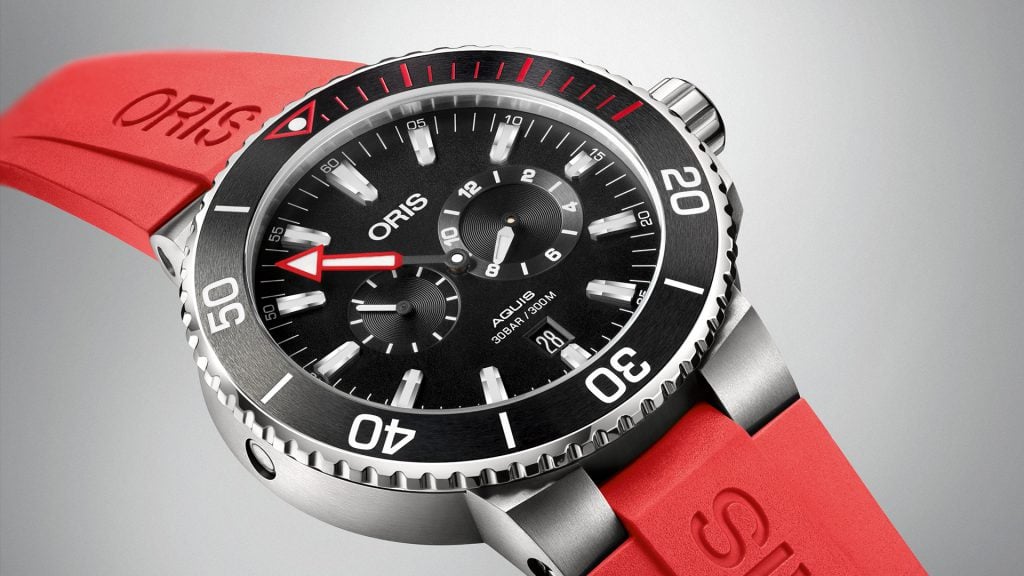 The Oris Aquis Meistertaucher on a rubber strap

These days the collection is significant to say the least, counting well over 40 models including a number of limited edition models tied to various ocean/diving centric charities with which the brand is actively engaged. Of the pack, the Regulateur has always been a bit of an oddball favorite, as it separates its hour indication to a smaller subdial and allows its wearer to focus on the prominent display of minutes in relation to the setting of its 60-minute timing bezel. 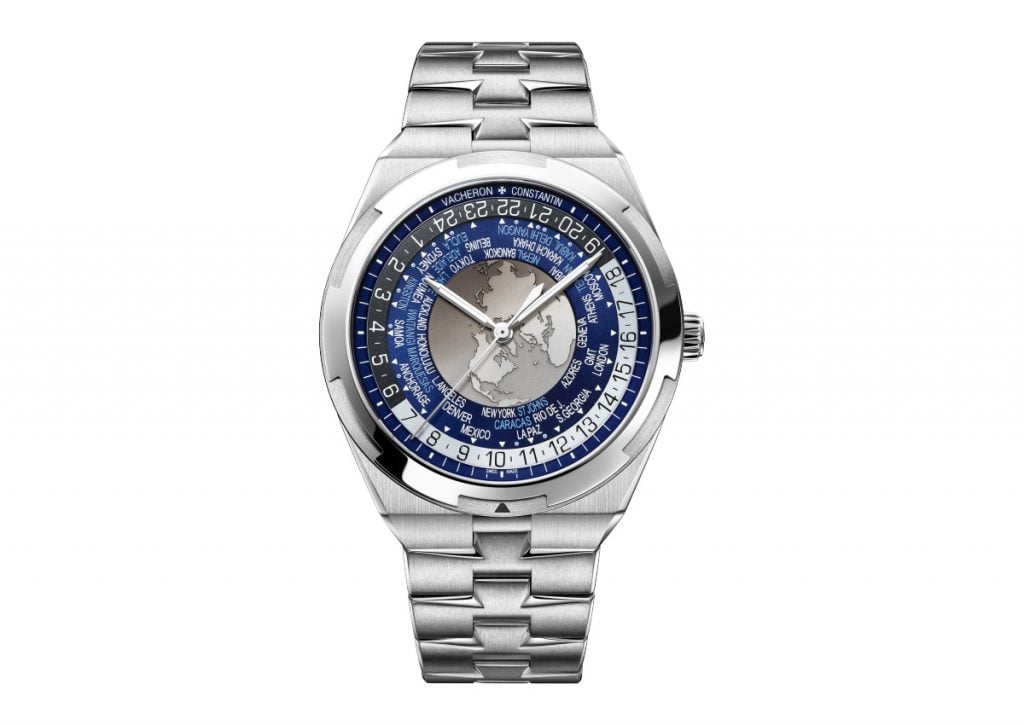 Of the many offerings in the pack, the Vacheron Constantin Overseas is the only one that smartly solves the dilemma that comes with integrated bracelets — how to keep bracelet/strap swaps from being a giant pain in the ass. Supposedly taking 4 years to develop to a point of satisfaction, the new Overseas line features a quick-change strap system that allows wearers to alternate between steel bracelet, leather, and rubber straps in less than a minute once you’ve gotten a hang of the system. Quick-change system aside, the newest Overseas models are beautifully finished, and are simply a refined evolution in design from the prior models they replaced. The new World Timer models are particularly charming, and feature a setting system solely operated via the crown rather than adding a push-button as many other manufacturers do. It is also one of the few world time watches on the market that displays all of the world’s partial time zones on top of the primary 24.

The post Time & Integration: The Art and Beauty of Integrated Bracelets appeared first on Bob's Watches.