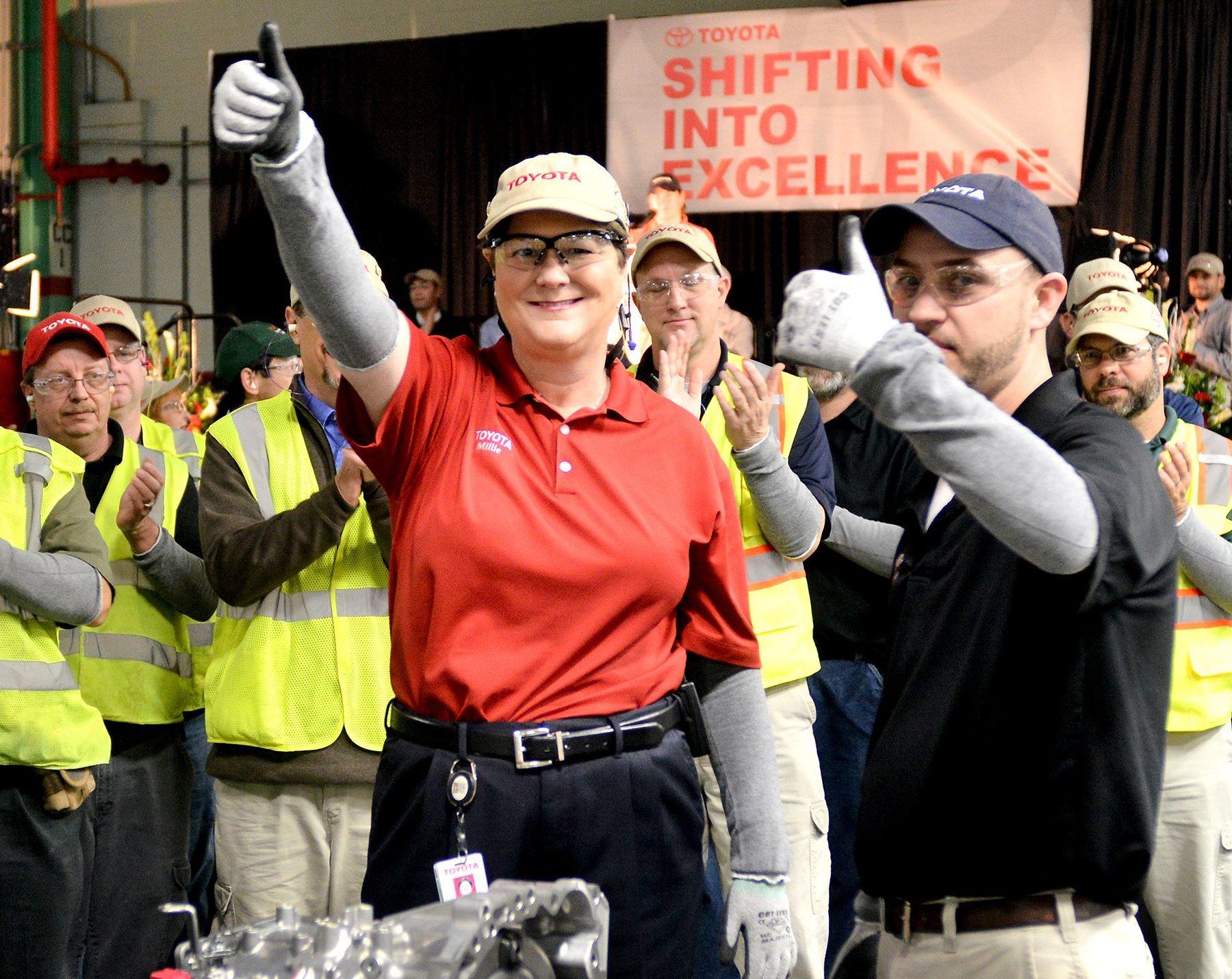 And Marshall was just recognized as one of four recipients of the Women in Leadership Executive Impact Award, bestowed annually by Linkage, a leadership-development and –networking outfit. Marshall and the others were hailed for demonstrating “a deep commitment to advancing women leaders [and for accelerating] the growth of women in their organization and community.”

At the same time, Marshall is trying to improve the prospects for other women in manufacturing, especially the generation of American young women and girls who finally might be looking at manufacturing jobs in a different way than their gender traditionally has viewed them.

“Manufacturing in general still has the stigma of the 1960s, where maybe your grandfather worked in it,” Marshall says. “So part of what I’m trying to help do, in general, is change the image of manufacturing and what we actually do.”

Of course, Marshall’s motivation isn’t completely altruistic: Despite high pay and its good reputation, Toyota still has to fight tooth and nail to fill jobs with highly qualified workers in the midst of the nation’s unprecedented labor crunch – especially at Princeton, where the company is in the process of adding 400 jobs.

So, for instance, the plant has hosted a Manufacturing Day STEM event for local Girl Scouts. It also runs a summer STEM “boot camp” for female teachers and brings in parents for evening visits so they can see what manufacturing opportunities are all about these days.

“We show what type of work we do, and our very clean and safe facilities,” Marshall explains. Recently, a group of female plant engineers worked with a visiting group of a couple dozen junior-high girls and worked with them to set up a “collaborative” robot – one that works amid and with humans on the assembly line instead of in fixed positions.