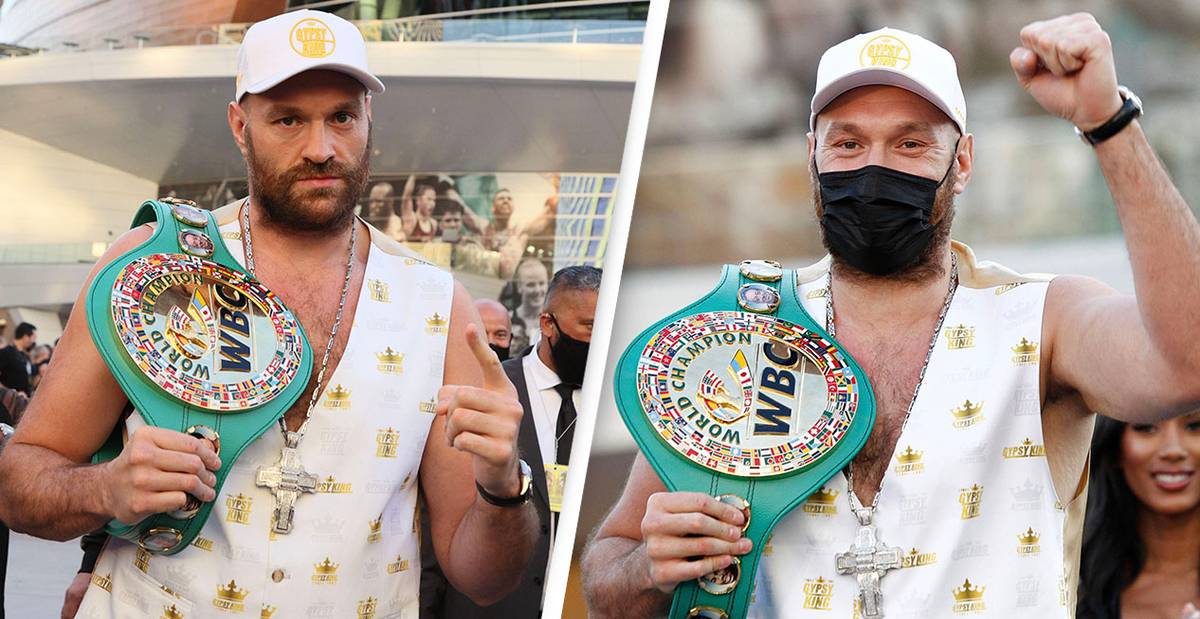 With just three days to go until the highly anticipated third fight between Tyson Fury and Deontay Wilder, the British boxer has canned the trash talk in favour of spreading a more positive message to his fans.

In a short animated clip posted to his Twitter page today, Fury shared some motivational words with his followers, explaining his perspective on life and his career. ‘You know, before I used to take everything and think ‘oh I want this I want that’, I was never happy with what I had. [It’s] human nature, we always want more,’ Fury narrates over the clip. ‘No matter what it is, no matter how much you’ve got of something, you’re always searching for more things.’

‘The only thing we truly own in this life is moments in time,’ the self-titled Gypsy King goes on to stress. ‘And this is a moment in time for me that is never going to be erased. No matter what happens this is always going to be my time.’

‘Everything else, this bag, this watch, these clothes, they will all go. But what’s inside – I hope to God – lives on forever.’

Fury has previously been vocal about his struggles with depression and alcoholism, which he says left him ‘hating boxing’ and ‘in the worst place anyone could go.’ Over the past five years, however, he’s mounted a comeback that has seen him reach the very top of heavyweight boxing, becoming one of the biggest names in British sport and winning back fans with his openness about his past difficulties.

He’s now finally set to face off against Wilder in a Las Vegas rematch on Saturday, October 9, following a postponement earlier this year after Fury tested positive for Covid-19.

If you have a story you want to tell, send it to UNILAD via story@unilad.com