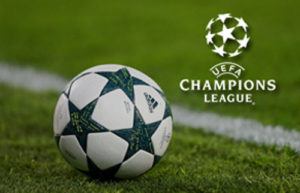 The UEFA Champions League group stage has been interesting this season, even more so than usual.

We’ve seen many surprising results, and some of the early favorites have been struggling. There’s almost no time to turn it around, as this phase of the competition will be over soon.

There are only two games left, so the fifth round of the UCL will be exciting. To be fair, the last two weeks of the group stage are my favorite from a betting perspective, as the motivation of each team is clear.

You know the sides that have to push to make it to the knockouts, while others can relax because they are already there. Let’s hope I find some success with this week’s free Champions League betting picks.

You already know the process. I will go through the odds offered by the top soccer betting sites and see if there are some wagers that could bring value to the table.

Here are the mainstream betting markets offered for this UEFA Champions League match.

Borussia Dortmund has been in devastating form since the start of the season, so it’s no surprise to see the German side as such a big favorite. In fact, I would argue that the odds are a bit higher than I expected.

Considering how strong this Dortmund team is and the difference in the squad strength compared to Club Brugge, this should be an easy victory for the home side – especially since the visitors are almost certainly out of the next stage, while Borussia will be fighting for the top spot in the group.

As for the goals market, such a high line makes sense. The hosts have been scoring for fun in pretty much every competition, while Brugge’s defense is questionable.

I don’t see any value here immediately, but let’s take a deeper look at both sides before reaching final conclusions.

I have no issue admitting my mistakes, and my prediction of how Borussia Dortmund will do this season is certainly among them. I expected the side to struggle a bit, but this has not been the case.

The team is crushing everyone in the Bundesliga, leading the table with 30 points from only 12 games. Dortmund has yet to lose in the competition, scoring 35 goals in the process. A quick look at the list of top scorers of the club shows that guys like Paco Alcacer, Marco Reus, and Jadon Sancho are simply crushing it.

The German side is a joy to watch, and their form in the UEFA Champions League is similar. Borussia is leading the group with the same number of points as Atletico Madrid but with a much better goal difference.

Borussia Dortmund has conceded only two goals so far, and the mesmerizing attack is complemented by a strong defense.

Dortmund is now in a good position not only to qualify for the knockout stages of the UEFA Champions League but to do it as a group winner. As a result, the chances of a favorable draw for the last 32 are much better.

I feel that Borussia won’t miss the chance to push hard for that. The game against Club Brugge represents a great opportunity to make another huge step in this direction.

A victory here would mean that the German team will be one win away from topping the group, even if Atletico wins its last two games.

The sides won’t meet again, and the last match of Borussia will be against the struggling AS Monaco. I honestly can’t see the Germans missing this opportunity. On top of the strong performances so far and the motivation, they have the home advantage working for them.

Finally, there are no serious injuries in the squad right now, so manager Lucien Favre will be able to count on all of his important players.

Club Brugge was always going to struggle for a place in the next stage of the UEFA Champions League in a group like that. All three teams are much better on paper, so the fact that the Belgians are actually set for the third place and a spot in the Europa League is a success already.

To be fair, Monaco has been struggling so badly since the start of the season that the devastating win in the last UCL round is not that big of an achievement for Brugge. Still, the team did the job and is in a good place for the last two rounds.

There’s even a theoretical chance of qualifying for the knockout stages of the Champions League, but that’s close to impossible for Brugge.

Despite Brugge’s good work so far, I don’t think that the club can compete with Borussia Dortmund and Atletico Madrid. A closer look at the away fixture of Brugge against the Spaniards is a good example of that.

The team punched above its weight and had a strong first half that was tied. There were glimpses of hope that Brugge might actually take something from the match.

However, Atletico Madrid pushed harder after the interval and easily won 3-1 at the end. I think it will be worse this time around.

Brugge doesn’t have the defensive potential to stop Borussia Dortmund. The Germans have a bunch of players in form, and they will cause all sorts of trouble. At the same time, the defense of the home team can certainly handle what Club Brugge has to offer.

It’s quite obvious that I fancy Borussia to win this game with ease, and I won’t hide that. The price of 1.30 is actually somewhat decent. It contains some value, in my opinion, but I will be a bit greedy and go for another betting market.

Borussia Dortmund is priced 1.87 to cover the -1.5 Asian handicap. This means that any victory with two goals or more will bring a profit here.

Since I expect the Germans to win convincingly, this is my final betting pick for this UCL match. For the fans of correct score predictions, I would say that 3-0 seems like a likely result.

Tuesday Games Home vs. Away

I would usually add another game or two in my post of free UEFA Champions League picks, but I didn’t find any other solid opportunities.

Instead, another exciting betting market offered by BetOnline caught my eye. The bookmaker offers the following market for the eight Tuesday games from the UCL.

If the former find the net at least four times more, they win. It’s an interesting choice, since we have the following games on Tuesday night.

At first glance, there are a couple of games where the home team is a big favorite. I fancy CSKA Moscow, Juventus, Manchester United, Bayern, and Hoffenheim to win their matches. I feel that at least two or more of those could actually do so with two goals or more.

If you look at the other three games, the away side is the favorite, but not that big of a favorite. I don’t think that Ajax or Real Madrid will win too convincingly, if they win at all. My only concern is Manchester City, but Lyon did beat the English team once already.

Simply put, I feel that we could easily see two or more convincing home victories, and not more than one away win with two goals or more. The rest of the games should add two or three goals to the home sides’ tally, too, so the difference of -3.5 goals should be covered rather easily.

The price of 1.88 looks solid under the circumstances, so I will give it a shot. I expect the end result to be something like 5-6 goals in favor of the hosts on Tuesday night, so let’s see how it goes.

What do you think about this round of UEFA Champions League games? Do you feel I’ve missed some games that represent good value?

To be fair, there were a couple that might be worth it, but it was a close call at the end. I believe that the more general bet I decided to include was better.

Let me know what you think about it and add any other thoughts in the comments below.