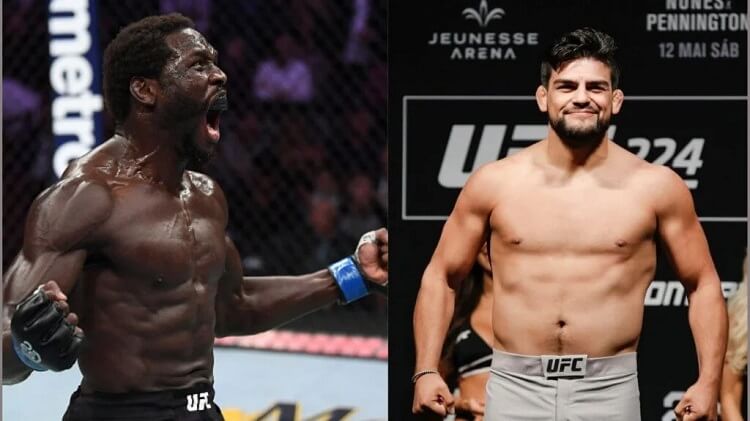 The battle between Jared Cannonier and Kelvin Gastelum could give us a hint who will be the next challenger for the undisputed ruler of the UFC middleweight division, Israel Adesanya. These two guys are leading the UFC on ESPN 29, clashing in the main event at the UFC Apex facility in Las Vegas, Nevada. Originally, the organization booked a fight between Cannonier and Paulo Costa, but the Brazilian withdrew some six weeks ago, without an explanation, only to later claim that he never signed an agreement and that he and the UFC didn’t offer him a proper payment. In the meantime, the former middleweight interim title challenger, Gastelum, stepped in to replace Costa.

Jared Cannonier (-150) doesn’t have too much time to win the belt because he is already 37. So in the next year, or possibly two, the Killa Gorilla needs to make a breakthrough. Otherwise, his career will finish without silverware.

This guy was once a heavyweight, then a light heavyweight, before cutting his weight and establishing himself as the middleweight fighter in the past three years. His first bout in the middleweight was against David Branch, and it was a KO. After that, he defeated Anderson Silva, Jack Hermansson, all via KO, before losing to Robert Whittaker at the UFC 254.

Cannonier is a powerful puncher, maybe even the hardest hitter in the division. After all, nine of his 13 wins came via KO. His leg kicks are a problem for any fighter because he knows how to use them, particularly on the rival’s leading leg. Cannonier isn’t utilizing his size properly when it comes to wrestling and grappling, even though he has solid skills in that area.

Kelvin Gastelum (+140)lost four of the previous five matches, the last against Robert Whittaker, the same as Cannonier. Though, we need to say that he looked pretty good in that one, despite losing. After a while, Gastelum was agile and motivated, or at least that is our impression.

Before this loss, the winner of the Ultimate Fighter 17 was better than Ian Heinisch, via UD, which was his first win after three defeats in a row – vs. Hermansson, Darren Till, and Adesanya. We need to say that he really pushed Izzy to the edge in their interim title battle, and that afterward, he lost to Till via split decision.

Gastelum is a powerful puncher, yet, not like Cannonier, but he is way better on the ground than his next rival. On top of that, his agility is way better than Cannonier’s, but still, Gastelum’s chin will be heavily tested in this one.

We are giving a slight edge in this one to Cannonier because of the difference in size and reach. The Killa Gorilla has a seven-inch reach advantage over his rival, and his cases like this, it is a massive advantage. Plus, he has that leg kicks that will control the distance between him and the opponent. Therefore, our pick is Cannonier, with the odds at -150. He has a much better motivation than Gastelum because this fight might bring him a shot at the title once Adesanya and Whittaker finish their business.