WATCH: Katie Hill Suggests Americans Should Vote Democrat If They Care About Children 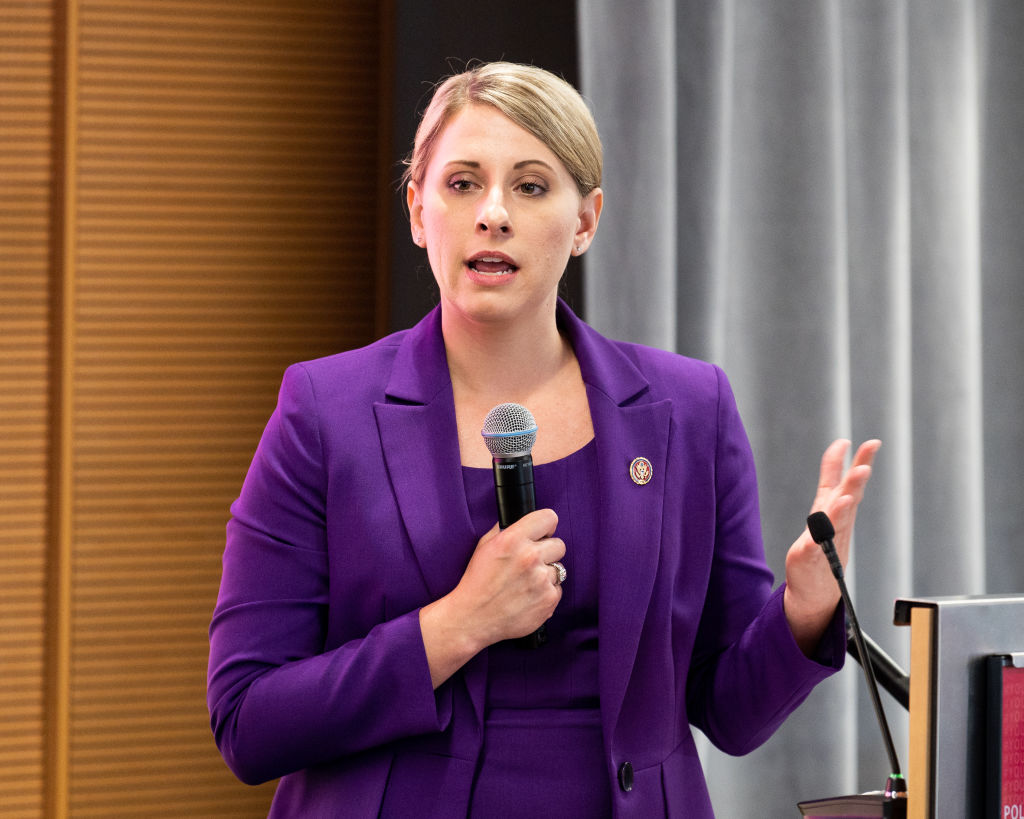 Former Rep. Katie Hill (D-CA) suggested on Thursday that if Americans care about the safety of children, then they need to vote for Democratic candidates so that they can pass a host of gun control legislation.

“You feel, I think, as a freshman especially just coming in, you feel this sense of powerlessness, like, we’ve done our part, what else can we do right now? And to me it just says with complete and utter clarity, we don’t have a choice but to flip the Senate and to get somebody in the White House who is going to make this a priority,” Hill told CNN’s Anderson Cooper. “So, regardless of your other political beliefs, if you think that the safety of our kids matter, then that’s to me what needs to get you to the polls.”

Hill’s remarks were in reference to the news of a school shooting that was happening at the time in Santa Clarita, California. As Hill talked to Cooper, the incident was still occurring and little details had been released by authorities, including who the shooter was, the motivation behind the spree, or how the firearm in question was obtained.

Here's the clip of @KatieHill4CA saying, "we don’t have a choice but to flip the Senate and to get somebody in the White House who is going to make this a priority…if you think that the safety of our kids matter…" in response to the Santa Clarita school shooting. pic.twitter.com/VqzGBTZKjR

“It’s your worst nightmare. I mean, every single member of Congress,” Hill said. “I think, it’s constantly in the back of their head of whether something like that is going to happen in your home district because it’s the worst thing that could happen.”

“And I think one of the hardest parts about it is that, you know, what are we supposed to say at this point?” she continued. “We have passed background checks, we have passed four different pieces of legislation that would make an immediate impact on reducing gun violence. And it’s just sitting on [Senate Majority Leader] Mitch McConnell’s desk.”

Accordingly, the Democrat-led House passed a host of anti-Second Amendment bills that subsequently stalled in the Senate. The legislation includes enacting universal background checks and so-called “red flag” laws, which allow for temporary gun confiscation for individuals deemed a danger to oneself or to others.

Once considered a rising star of the party, the former California congresswoman announced her resignation from Congress in October amid an ethics probe into allegations that she had an affair with her congressional staffer, in violation of House rules. Despite published text messages, Hill denied the relationship, but subsequently admitted to a relationship with a campaign staffer.

Hill revealed on Wednesday that she was “starting to resurface” following her fall from grace, and state that she might “be a little bit more unfiltered” now that she is no longer an elected official. Her interview with CNN regarding the alleged school shooting was her first public appearance since she left Washington, D.C. in disgrace.