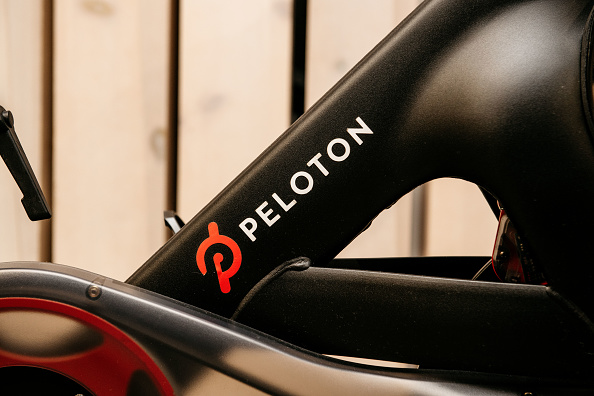 And the marketing stunt of the year award goes to…Ryan Reynolds.

Capitalizing off the fervor over the viral Peloton commercial in which a husband gives the exercise bike to his attractive wife for Christmas, a new commercial from the brand Aviation Gin (owned by actor Ryan Reynolds) featured the actress who has become known throughout the halls of social media as the “Peloton Girl.”

“Exercise bike not included,” Reynolds cheekily said in the caption while announcing the ad on Twitter. Take a look:

Starting in extreme close-up, the 40-second ad begins with the Peloton Girl actress looking into the fourth-wall as if processing a great trauma as she stares down a glass of gin at a bar table. Sitting beside her are her dumbfounded but supportive friends, who both ponder on how best to console her seemingly mysterious anguish. Suddenly, the actress breaks the dreaded ice of silence when she utters, “This gin is really smooth.”

“Yeah,” her friend replies. “We can get you another one if you like.”

Feeling relaxed, the Peloton Girl actress raises a glass and says, “To new beginnings.” After a brief toast, the friends watch helplessly as the girl downs her glass of gin in a fit of desperation.

“It’s gonna be a fun night,” the friend says as the glass empties.

In the final shot on the Aviation Gin bottle, an enthusiastic voice exclaims, “You look great by the way.”

Earlier this week, the halls of social media lit up with controversy about the Peloton exercise bike, which seemed to stoke all kinds of mockery from various sections of society. Feminists derided it for alleged sexism while others just found it incomprehensible and somewhat ridiculous.

To anyone who hasn’t seen a commercial for the wildly expensive subscription home-exercise bike, the horror imbued in the scene above may feel obvious or overwrought. To that I say: Watch the clip, and tell me this shit isn’t wildly sinister. Her grim motivation that pushes her to drag herself out of bed combined with exclaiming at the camera how blatantly, inexplicably nervous the Peloton makes her paint a bleak portrait of a woman in the thrall of a machine designed to erode her spirit as it sculpts her quads.

The conversation became so hot that the actor who played the husband lamented how his face somehow became synonymous with sexism.

“People turned down a pretty dark path and it turned into a nasty thing,” the actor told “Good Morning America.” “My image is being associated with sexism, with the patriarchy, with abuse, with these words that I am seeing people write about me – that’s not who I am.”

“I currently sit here hoping that I’ll be able to continue auditioning for commercials without any taint, and that if my students happen to find the commercial and recognize me, they won’t think about me any different than they already know me,” he told Psychology Today. “If recognized on the street, what will people’s first opinions be of me?”