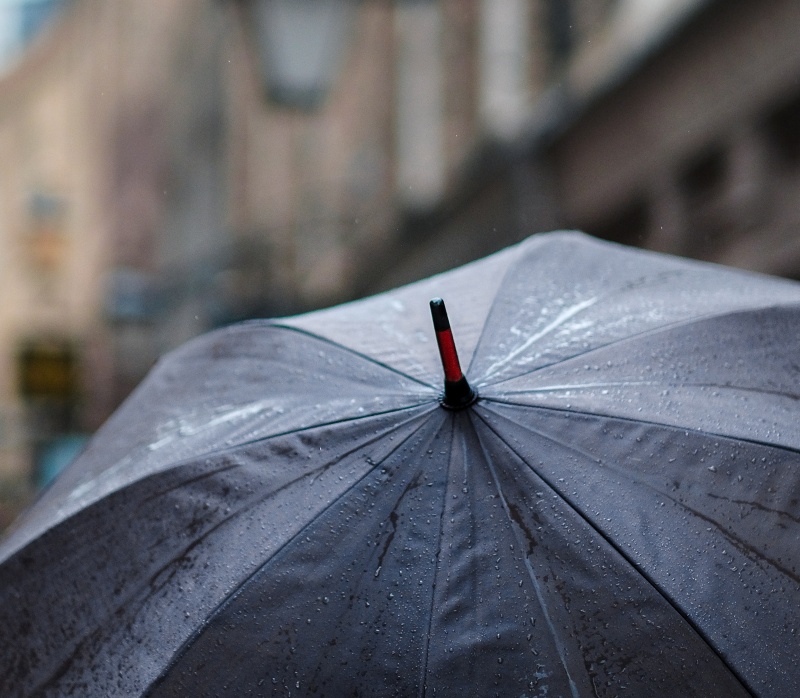 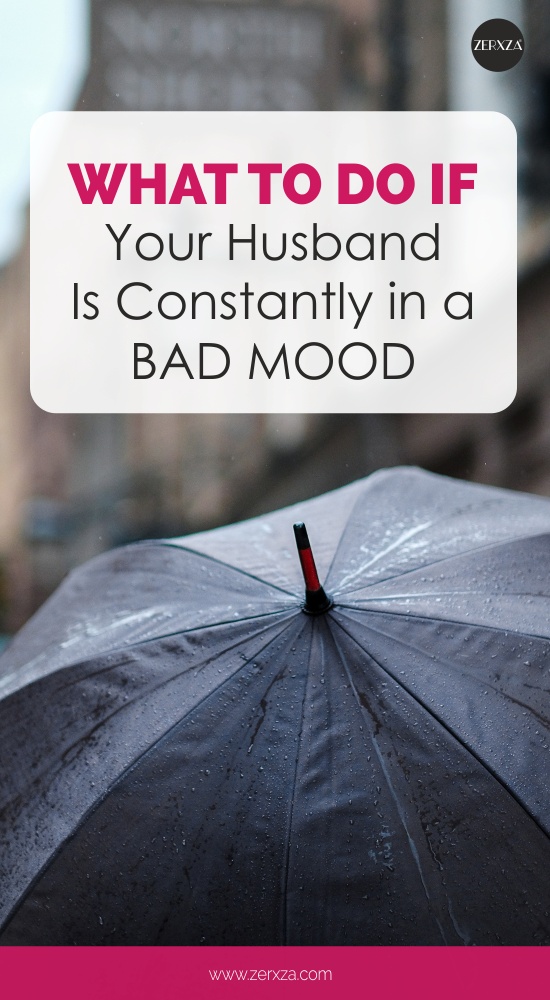 We’ve all had days when
everything seems to be irritating to the point where you just wish
you could crawl under a blanket and never come out of the bed.
Sometimes, you might even feel incredibly angry for no good reason. But
usually, these moods pass as quickly as they arrived.

The situation gets more complicated when the bad mood is
happening to your husband and even worse when it seems to never
end. So what to do if your husband just seems to be cranky all the
time and nothing cheers him up? And can you even do anything?

When your husband is in a bad mood all the time, it’s easy to
start blaming yourself for it and thinking whether the mood is
caused by you in some way.

You need to realize though that whatever is bugging him, it’s
almost never related to you. Most likely, he’s either feeling
tired, bored, demotivated or just bad about his health or life in
some other aspect. In most cases, there’s nothing you could do
differently and even if his bad mood is triggered by you in some
way, you’re not to blame in the way he reacts.

Emotional reactions are deeply personal and are never a
reflection of the other person. Think of it this way: if you get
angry at a pedestrian crossing the road from the wrong place, is
the pedestrian really to blame in your anger? You could have just
as well reacted completely neutrally.

So as you see, reactions are related to our personal emotions,
not to others. Offense is taken, not given, and the same applies to
your husband’s moodiness. No matter the reason, his bad mood is
in no way an implication of something you’ve done.

PS: If you repeatedly ask him whether you did something wrong,
it might be even more annoying for him since he understands his
mood is directly influencing you as well, so it might make him even
more miserable. All the more reasons to stop carrying the guilt for
his crankiness.

Maybe You Should Talk to Someone: A
Therapist, HER Therapist, and Our Lives Revealed
Lori Gottlieb – Houghton Mifflin Harcourt – Kindle
Edition

If your husband is feeling bad due to work and he comes home
where you constantly remind him about his mood by asking questions
about it repeatedly, he never has a chance to forget about the
irritating factors, thus contributing to his crankiness even
further.

Therefore, sometimes it’s best to just ignore his bad mood.
Instead of reacting to his snappy comments or frown on the
forehead, give him a chance to take his mind off of negative
thoughts and completely ignore it. Make him a nice dinner, watch
his favorite movie together (even if it’s the Terminator for the
100th time), kiss him, just be there for him, but don’t remind
him the negative situations all the time.

Sometimes, all he needs is a bit of positivity and some
tenderness for a better mood.

We can all fall in a real rut sometimes. Routine can be good but
if it goes on for too long, it can start messing with your head by
creating a restless and demotivated feeling. The result: incredibly
cranky mood because your head tries to think of ways to break the
routine and find something fresh to add some motivation but it just
comes back empty.

Routine might be the culprit when it comes to your husband’s
bad mood as well. Perhaps he’s just feeling tired and joyless
since there’s nothing new in his life? Perhaps he feels that he
keeps reliving the same day, like a Groundhog day?

If so, try to keep things fresh at home. Do something fun and
unexpected together, take a vacation or try something kinky in the bedroom. There are
endless options!

If his grumpiness doesn’t seem to leave for days or even
weeks, it’s understandable you might start feeling tired and even
stressed yourself. In the end, you
two are deeply connected and if he feels lousy, it might carry on
to you as well or you might just feel as if you’re not a “good
wife” if you can’t make him happier.

This might result in the biggest bane of any relationship:
nagging. And the worst part: often you don’t even realize
you’re nagging on him.

For example, when he’s sitting on the couch with a deep frown
on this face, you might unknowingly say in a tired voice: “Ugh,
why are you having that look on your face again?!” or “What’s
wrong NOW?!”. This will just onset an even worse mood.

When he’s gloomy, observe your tone and words especially
carefully. Instead of giving him snide remarks, be gentle, kiss
him, hug him and be there for him.

Maybe You Should Talk to Someone: A
Therapist, HER Therapist, and Our Lives Revealed
Lori Gottlieb – Houghton Mifflin Harcourt – Kindle
Edition

When you’re in a bad mood, do you like it when people keep
asking what’s wrong? Probably not. Bad mood can be triggered by
many things, from stress at work and routine to sleep deprivation,
bad diet, lack of sunlight or health issues. Often, your husband
might not even really know what’s bothering him. He just might
have a nagging feeling that makes him feel crumpy or mad.

So when you keep urging him to tell you what’s bothering him,
it just makes him even more upset since he might not really know
the answer.

Instead of pressing him to tell you what’s troubling him, be
there for him and just spend time with him. If he figures out the
troubling issue and knows you’re there to support him, he’ll
tell you what was wrong anyway. Don’t push him – let him come
to you.

As mentioned, plenty of physiological issues can cause a blue
mood as well, including:

Even though you want to protect your partner from sadness,
sometimes you need to let go and let him deal with it himself. All
you can do is support him, help him break out of the routine and
guide him towards healthy choices, but don’t ever think his bad
mood is your fault and don’t ever nag or push him. The dark
clouds will pass, as they always do.