What Your Brain Needs to Know About Nootropics 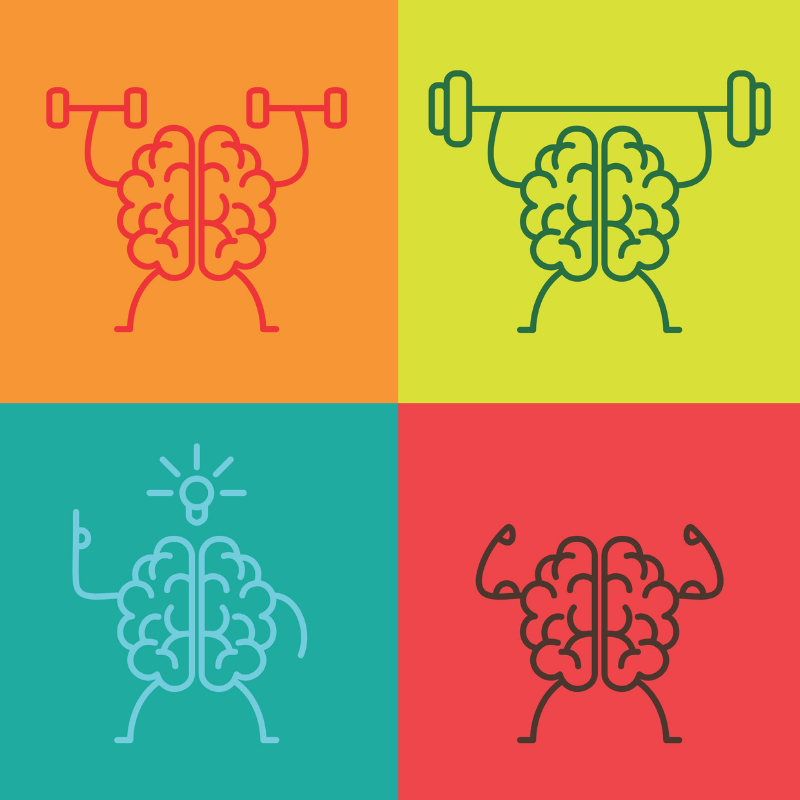 In today’s hectic, hurry-up world, it’s common for competitive business professionals, stressed students, and exhausted moms to look for ways to give their tired brains a much-needed boost. One method that’s becoming increasingly popular is to use cognitive enhancing substances, called nootropics.

A nootropic is a supplement, plant, mineral, vitamin, herb, amino acid or any other substance that may improve at least one category of cognitive functioning such as memory, focus, learning, creativity, mental energy, mood, anxiety and attention span. There are natural and man-made nootropics.

You probably already use the nootropic in coffee and other drinks, caffeine, daily. Even chocolate, because of the stimulant theobromine in cocoa, gives you a quick cognitive lift. Many supplements, which you may already take, can be considered nootropics. Nootropics have also been around for decades in the form of prescription drugs. When drugs are used for the off-label purposes of brain-boosting, they’ve earned the nickname “smart drugs.”

While there will never be a substitute for a brain-healthy lifestyle, science is showing that some substances can help your brain shift into a higher gear.

Modafinil, an FDA-approved substance originally developed to treat narcolepsy, a sleeping disorder, is probably the most popular prescription drug used off-label as a smart drug.  It works by directly and indirectly increasing the levels of some neurotransmitters, such as dopamine and norepinephrine. A systematic review of studies on the drug’s neuro-enhancing abilities in nonsleep deprived individuals found that it does improve executive function, attention, memory, and learning.

The Racetam family of compounds includes several nootropics of which the best-known is Aniracetam. Racetam drugs act on the brain’s glutamate receptor sites to slow the decay of neural signaling.  Studies show that aniracetam increases dopamine and serotonin in the prefrontal cortex, your thinking brain. The substance is being studied for therapeutic use in treating anxiety, depression, dementia, and Alzheimer’s.

Amphetamines are central nervous system stimulants and include prescription drugs, like Adderall and Ritalin, and other recreational drugs.  When used in high doses or long-term, amphetamines can be highly addictive, break down muscle mass, and even reduce cognitive abilities and cause psychosis along with many other unpleasant and serious side effects.

All-natural nootropics originating from plant, herb, and root extracts have been used all throughout history. Natural nootropics are generally deemed safe. However, please recognize that each nootropic compound affects the brain and body differently. Factors to consider when taking any supplement are age, body weight, dosage, possible interactions with other drugs, and individual health issues. It is safest to ask your healthcare provider if any supplement you’re considering taking is right for you. For the FDA supplementation recommendations,  go here.

If you’re looking to give your brain a boost in the new year, science is showing that some substances can help your brain shift into a higher gear.Click To Tweet

The most popular natural nootropic substances are:

Caffeine  – Caffeine is a stimulant which works by blocking the neurotransmitter adenosine’s receptors, increasing excitability in the brain. Caffeine also influences other neurotransmitters, including norepinephrine, dopamine, and acetylcholine. This affects mood and mental processing.
L-Theanine – L-Theanine is an amino acid found most commonly in green and black tea leaves. Research indicates that L-theanine promotes relaxation without drowsiness. Many people take L-theanine to help ease stress and unwind.
TheaCrine – Theacrine is an alkaloid structurally similar to caffeine, and preliminary evidence suggests that it activates similar signaling pathways. It is known to increase mental clarity, energize workouts, and increase overall mood and motivation.
Citicoline – CDP-choline (citicoline) is a brain chemical that occurs naturally in the body. Citicoline seems to increase a brain chemical called phosphatidylcholine which is important for brain function. It might also decrease brain tissue damage when the brain is injured.
Bacopa – Bacopa monnieri is a nootropic herb that has been used in traditional medicine for longevity and cognitive enhancement. Supplementation has been shown to reduce anxiety and improve memory formation.
Rhodiola – Rhodiola rosea is a plant whose roots are known to have “adaptogenic” properties helping the body handle stress. Rhodiola is most commonly used for increasing energy, endurance, strength, and mental capacity. Preliminary research shows it to have neuroprotective and anti-inflammatory benefits.
Curcumin –  Curcumin, the main bioactive substance in turmeric, is a potent anti-inflammatory herb that has been shown to have many benefits for your body and especially your brain. Researchers have shown it to reduce anxiety and depression, promote neuron growth, and induce brain plasticity.  In preclinical and animal studies, curcumin has proven to promote the activity of brain-derived neurotrophic factor (BDNF), a vital signaling factor that promotes the growth and strengthening of nerve networks essential for cognitive and memory skills.
Ginseng – Panax Ginseng Ginseng is an herbal plant that has been used for thousands of years in Eastern medicine. It can improve fatigue, performance, fertility, cognition, and even potentially prevent and fight cancer. It has antioxidant and anti-inflammatory effects. Research has shown ginseng to positively affect stress-related anxiety depression and the hypothalamic-pituitary-adrenal axis.
Pycnogenol – Pine bark extract is one of nature’s super antioxidants. It’s loaded with oligomeric proanthocyanidin compounds (OPCs) which possess antibacterial, antiviral, anticarcinogenic, anti-aging, anti-inflammatory and anti-allergic properties.
Omega 3’s – Fish oil and krill oil are the most common types of omega-3 fat supplements. The omega-3fatty acids play important roles in brain function and development.  In addition to many health benefits throughout your body, omega-3 supplementation has been shown to reduce anxiety and depression,  reduce symptoms of ADHD in children, improve psychiatric disorders, and fight age-related mental decline and Alzheimer’s disease. One study even found that people who eat fatty fish had more gray matter in the brain and improved memory.

Supplements are combined into what’s known as a “nootropic stack” to achieve a synergistic effect to boost the effects further than any single supplement could do on its own.

A few years ago, Chris Hatton was just your average fifty-something burned-out businessman experiencing brain fog and mental exhaustion making it hard for him to function successfully both professionally and personally. The amount of coffee Chris was guzzling every day just wasn’t doing the trick anymore.  In his own words:

I wanted the feeling of having mental energy – being alert and alive –  without the edginess that drinking coffee all day gave me. It was important to me to be able to get more done each day – and not just at work. I needed to have something left over to spend quality time with my wife in the evenings.

I felt terrible because I wasn’t giving my beautiful wife the attention she deserved. She would want to go out for dinner, and all I wanted to do was sit on the couch or go to bed. With retirement on the horizon,  I felt even worse because I needed to be growing my business and saving money, but all I could do was the bare minimum.

I became so fed up and desperate that I made an appointment with my doctor and told him I was concerned that I was developing dementia. My memory was declining, and I had this unshakable brain fog. My mental and physical energy levels were low, and I completely lacked the motivation to work or do much of anything else.

Thankfully, instead of prescribing a drug, my doctor suggested that I look into nootropic supplements. He said that they could possibly improve my memory and cognitive function and clear up the brain fog. I was so excited to have a potential solution to research and test that I went home and got straight to it.

This is where everything changed for the better for me!

I found a popular nootropic supplement online and ordered it immediately. Once I started taking the supplement, I began feeling a little better every day, and my brain fog started to dissipate. Soon, I was getting more done each day and having energy left over to do things with my wife after work. I was really encouraged by the positive difference I was seeing.”

Over time, Chris did more research and experimented with different supplement combinations until he came up with a mix that worked optimally for him. Instead of taking eight pills a day, he combined his mix into a nootropic stack. He was so excited about it that he wanted to share it with others. He developed Brainpower Genesis to offer to the public. Go here to sign up to get discount coupons delivered right to your inbox.

Brainpower Genesis includes eight natural nootropic substances. You can read more about each ingredient and watch a video about how Chris developed his specific formulation for Brain Power Genesis here.

If you’re looking to give your brain a boost in the new year, science is showing that some substances can help your brain shift into a higher gear.Click To Tweet

For many people, the answer is yes. However, since everyone’s brain chemistry is different, not every nootropic will work the same way for everyone and in some cases, people who have taken nootropics may not feel much of anything. The only way to know if they work for you is to try them.

There are many other lifestyle tweaks and tips and tricks you can use to improve your brain.  In addition to formulating a nootropic stack, Chris Hatton’s journey and research to improve his brain led him to put together a free ebook, called Mastering Memory. The free ebook is packed with simple exercises that you can do in the privacy of your own home and that only take a few minutes per day or week. When performed consistently over time, such repetitious brain training can help maintain your memory.

There’s also a chapter on specific lifestyle tweaks you can make that will support the long-term health of your brain and a chapter covering which nootropic supplements turned out to be his top choices after testing and why.

The post What Your Brain Needs to Know About Nootropics appeared first on The Best Brain Possible.