To many ancient peoples, the waning of the light signaled death.

For example, in Welsh mythology, it’s in September that the God of Darkness, Goronwy, defeats the God of Light, Llew, and takes his place as King of the World.

Why am I telling you this? I don’t know. It doesn’t matter. Want to buy some supplements?

Not really? Are you sure? I have the best supplements. I know it, you know it, everybody knows it. (Sorry losers and haters. Please don’t feel so stupid or insecure, it’s not your fault.)

We’ve been busier than cross-eyed cranberry pickers in the last month, and here’s the proof:

Caffeine-free Pulse is in the works!

Why in the blazes would we nerf our beloved and beneficent Pulse by getting rid of the nerd nectar?

And the why is simple: while caffeine has a lot of pros, too much too often or at the wrong times can cause problems.

For one thing, some people simply don’t feel good when they consume an even moderate amount of caffeine every day (like what’s found in one serving of Pulse).

Other people want to be able to use a preworkout and drink a coffee (or three) during the day without ingesting enough caffeine to kill a parrot.

And even people who tolerate caffeine well can become mostly desensitized to its performance-enhancing effects after just two to three weeks of continuous use.

(This is why I recommend doing one or two low- or no-caffeine days each week, and saving your largest, clinically effective dosages [4 to 6 mg per kg of body weight] for before your hardest workouts.)

The solution, of course, is a caffeine-free version of Pulse!

This way you can take Pulse daily and reap all the training and muscle-building benefits of ingredients like beta-alanine, betaine, and citrulline malate while also keeping your caffeine intake wherever you’d like it to be.

Look for stim-free Pulse to drop around Halloween.

I’ve kept mum about the pr0t0n bars because it was taking way too long to finalize the wrappers, but I have good news:

Everything is done and approved and production is locked in! That means bars will start going into boxes in November!

And I have even more good news:

We’ve added another flavor to the mix: chocolate peanut butter! Check it out:

That’s not just any ol’ hunk of ooey-gooey goodness, either. It’s a 100% natural protein bar that…

Contains 20 grams of whey isolate and hydrolysate and pea protein (no cheapskate milk or soy protein)
Contains 38 grams of nutritious food-based carbs and prebiotic fiber
Contains just 6 grams of fat and 5 grams of sugar
Contains NO artificial sweeteners, colors, or flavoring
And last but most definitely not least, is absolutely DELICIOUS

The launch of The Little Black Book of Workout Motivation was awesome.

In case you missed all of the 2,000+ emails I sent on it (sorry . . . kinda), I have a new book out called The Little Black Book of Workout Motivation. 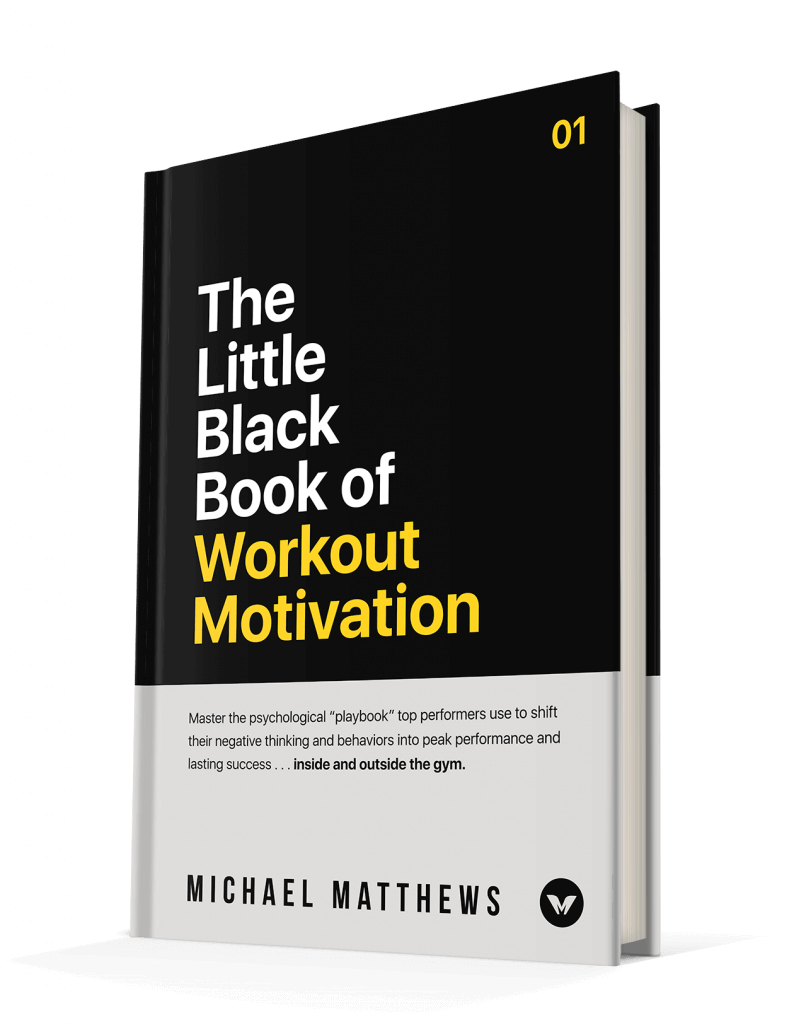 Honestly, I wasn’t sure what to expect from this project because it’s a radical departure from my normal “how-to-get-fit” material.

I figured it would resonate with at least a few people but was fully prepared for it to limp out of the gate like a tranqed donkey, waddle a few yards, and go down for a nap.

It turns out it was a pretty good idea after all, because the little guy has already sold over 10,000 copies, and the rave reviews have started to roll in (and especially for the audiobook, which I recorded myself!).

Not only that, but my team has chosen the giveaway winners, including the grand prize winner Eric Purcell, who’ll be going an all-expenses-paid trip to D.C. to meet me and the team! Congrats Eric!

Stay out of trouble!

P.S. Just the other morning I saw this: FLORIDA TRUCK REPOSSESSION TURNS INTO MONSTER JAM BATTLE and I’m like, yes, f*&k yeah, this is news.

Thanks again for all of your support, and if you’re half as excited for everything we have in store as I am, share this article on Facebook, Twitter, Pinterest, or wherever your favorite online hangout is.