When Artists Are Tamed by the Institutions that Exhibit Them 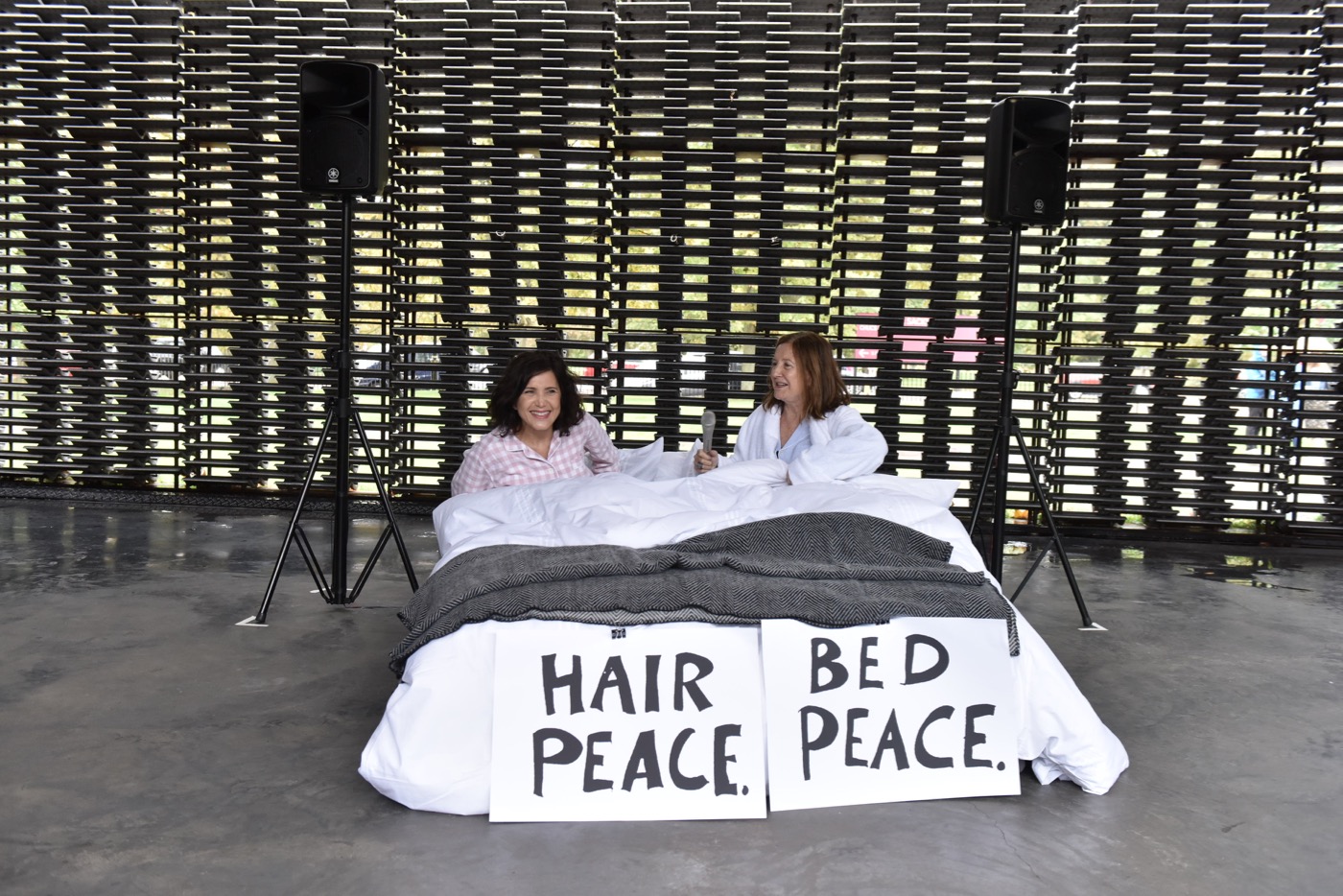 LONDON — Even by Londoners’ standards, it was an unseasonably cold and rainy day on the south side of Kensington Gardens for the 2018 Work Marathon at Serpentine Galleries. The dreary day served as an apt backdrop for the program, whose introduction began with Bernard Stiegler’s statement, “We are heading at a greatly accelerated rate towards a dead end.” Intrigued, if not convinced, by their mission to participate in the sculpting of a new future through systematic redefinitions of labor and employment in contemporary society, visitors to the Serpentine Galleries on Saturday, September 22 darted back and forth through the rain, choosing among the impressive offerings of lectures, films, and installations that comprised the 12-hour public component of the event.

The majority of the programming was presented at the neighboring Royal Geographical Society. Inside their Ondaatje Theater Archie Proudfoot stood on the stage in a blue painter’s jumpsuit his back to the audience. Rirkrit Tiravanija had commissioned him to live paint a white wall with black, block lettering over the course of the day, until it finally read, “Ne Travaillez Jamais.” Never Work. Referencing Guy Debord’s iconic protest slogan, Tiravanija’s commission casts light on the program’s overall goal to construct a situation that could engage the revolutionary potential of art. Nearby, in the Freda Escobeda-designed Serpentine Pavilion, architect Beatriz Colomina created her own situation, staging a “Bed-in” that turned Escobeda’s outdoor pavilion into her own public bedroom. Lying in bed in a white bathrobe, Colomina invited collaborators to join her in conversation under the sheets, among them, artist Pedro Reyes. A primary figure in the 2018 Work Marathon, Reyes identifies as a sculptor whose work is often directly involved with political activism. His practice owes to Joseph Beuys’s theory of “social sculpture” which stipulates that society as a whole can be understood as an artwork, allowing all manners of life to be approached creatively. Accordingly, everyone has the potential to be an artist.

As Stiegler explains in his essay “Too Late? The Final Warning,” this concept of “social sculpture” served as a basis for his motivation in organizing the 2018 Work Marathon. Tiravanija’s stage design implies that a man (Proudfoot) painting a wall to create an artwork is, through the very action of creative articulation, already art. Colomina’s restaging of a Bed-In suggests that Yoko Ono and John Lennon’s decision to re-conceive their honeymoon as a politically motivated performance is also a work of art. And in fact, within this paradigm, Stiegler — alongside Hans Ulrich Obrist and the Serpentine Galleries — are artists developing a work of art themselves, producing the 2018 Work Marathon in the image of a program-as-sculpture, wherein the program is the medium which provides the structure to sculpt a discourse. As Tiravanija and Colomina demonstrate, it is not only the situation that is the work of art, but also the active political message which it creates. Stiegler’s stated goal for the public component of the 2018 Work Marathon was to establish the terms by which participants could come together the following day to draft a manifesto that will be sent to the United Nations on January 10, 2020. The logic of Tiravanija’s and Colomina’s artworks therefore helps to explain Stiegler’s premise: the 2018 Work Marathon can be understood as a singular artistic gesture which is comprised of the situation (the marathon) and the resulting concrete political action (the manifesto). Steigler thereby uses the theory of “social sculpture” to develop a program in which he, along with the Serpentine Galleries, engage in the artistic “sculpting” of society in order to set the terms for a reimagined future. This leads to an important question: what is at stake in using Beuys’s theories to recast the mission of the curator and the arts institution within the role of the artist? While the arguments put forth by Stiegler and the Serpentine expose the urgent need to restructure the terms of labor and employment that characterize contemporary society, their decision to ignore the complications of preexisting power structures in articulating these ideas casts an ethically compromised haze over the whole project. The attempt to enact revolutionary political activism from the voice of the institution-as-artist overpowers the individual voices of the artists that the institution should promote and protect.  It is specifically these individual voices – the voices that articulate individual thought – which have the potential to produce the diversity that Stiegler believes is critically missing within the contemporary work environment. Thus, the program results in a discourse that exists at the expense of its own proposed purpose: by situating everyone as an artist, the program creates a hierarchy in which the institutional message becomes the primary work of art and the participants become the commissioned workers generating the message. Much in the way that Proudfoot, as the artist producing the message of “never work,” is not named in the program, the voices of the invited collaborators are muted in favor of the larger, institutional message presented by the program as a whole. While the 2018 Work Marathon explores an interesting angle by which an arts institution might actively partake in political actions, the precedent that this sets — wherein institutions might act as their own agents for change rather than supporting the work and the voices of individual artists — rather makes me prefer the older model, which allowed for individuals, rather than institutions, to sculpt our political future.

The post When Artists Are Tamed by the Institutions that Exhibit Them appeared first on Hyperallergic.