When Every Day Will Be Tu B’Shevat by Ivy Helman. 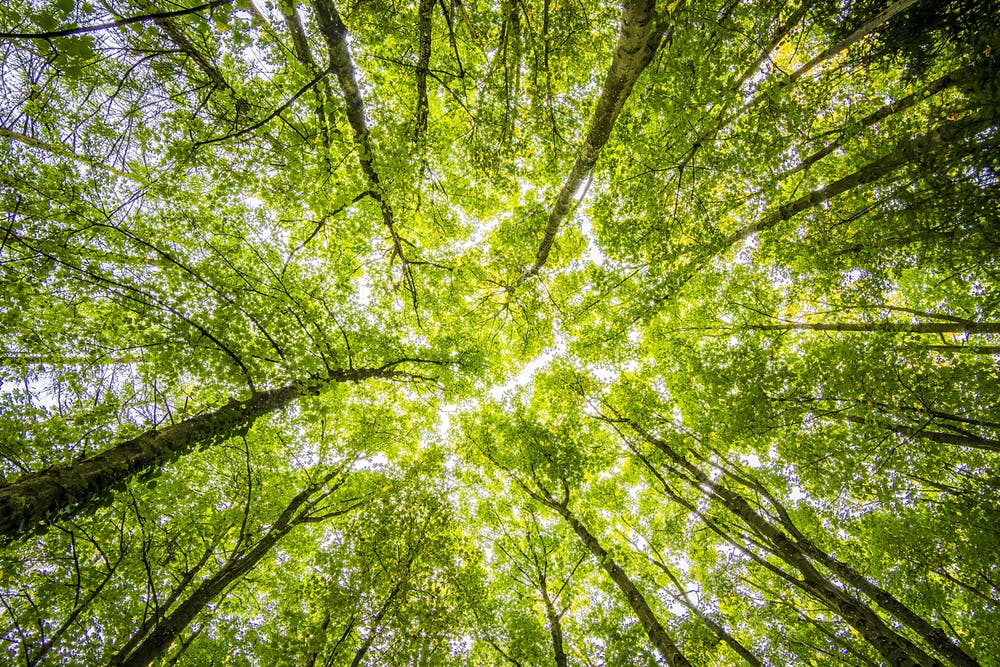 Tomorrow is Tu B’Shevat, the New Year of the Trees, or their birthday.  It is the day of the year when all trees, regardless of when they have been planted, turn another year older.  The rabbis standardized this day in an effort to minimize complexities, since in the land of Israel, fruit can only be eaten from trees that are four or older (Leviticus 23-25).  Tu B’Shevat, then, on a practical level, marks how old fruit bearing trees are.

The holiday has evolved since then.  In the 16th century, Kabbalistic mystics developed a seder to celebrate the holiday, which involved eating certain fruits, drinking both red and white wine, saying blessings, and reading certain mystical texts.  Each type of fruit one eats has a specific mystical meaning whether the fruit is completely edible (i.e. apple), has an inedible pit (i.e. olive), has an inedible shell (i.e. pistachio) or has a covering one generally wouldn’t eat, but could (i.e. orange). To this day, many congregations observe the holiday by hosting their own Tu B’Shevat seders often ripe with such kabbalistic overtones.

The holiday also expanded in the Zionist movement and the establishment of Israel.  In terms of the Zionist movement, when Jews returned to Palestine in the late 1800s, they began an arrdudent agricultural campaign to make unhospitable, essentially infertile land produce food.  For them, Tu B’Shevat became synonymous with that struggle. It was at that time that Jews began associating the holiday specifically with the planting of trees, as trees produce fruit and help stabilize the land.  Once Israel was established, Tu B’Shevat continued that legacy by staying a time to plant new trees, yet expanded again into a day of environmental awareness and activism. Today, many Jews celebrate the day by planting trees, participating in various forms of environmental activism, and donating money to the Jewish National Fund. which plants trees in Israel.

Trees have developed such an importance in Judaism that Rabbi Yochanan ben Zakkai is quoted in the Talmud as saying, “if you have a sapling in your hand, and someone says to you that the Messiah has come, stay and complete the planting, and then go to greet the Messiah.”  Clearly, it is important to have one’s priorities right: first trees, then salvation.

Scientific research also supports the importance of trees for life on Earth.  Since, trees use carbon dioxide through photosynthesis to make food for themselves, planting them would help bring down the current levels of carbon dioxide in the air.  The more trees one plants, the less carbon dioxide helps to heat up our planet. Trees also provide habitat for animals and support biodiversity. Therefore, reforestation is one step, among others including cutting carbon emissions, of course, toward resolving our current environmental crisis.  One good example is a project coming out of Africa, called the Great Green Wall.

Yet, all of this tree planting, reforestation, and rebuilding of habitats will amount to nothing if we do not get rid of capitalism.  In other words, we can plant all the trees we want, but if we continue to see the Earth and its resources as sources of profit and then see profit, progress, and greed as our motivation, we will continue our overconsumption.  Closely connected to capitalism, we need to overthrow patriarchy. The environmental crisis is rooted in patriarchy because of hierarchal dualism, which values men over women, culture over nature, human over animal, the soul/mind over the body, and so on.  Until we dismantle patriarchy and its dualistic thinking, we will continue to devalue and undervalue everything associated with nature and bodies.

Changing mindsets is hard work.  Perhaps one way we can do this is to expand the meaning and scope of Tu B’Shevat yet again: Tu B’Shevat needs to become a daily practice.  With that in mind, I will leave you with some thoughts toward this daily practice by Rebbe Nachmann of Breslov:

“Master of the universe, let me seclude myself in meditation and prayer every day, going out to the fields to meditate, among the trees and grass, pouring out my heart in prayer. For all the leaves and grass, all the trees and plants, will stir themselves to greet me; they will rise to imbue my words and prayers with their energy and life force… They will combine all their spiritual power and bring my words up to their supernal Source..,” (Flame of the Heart, page 57-58).

Ivy Helman, Ph.D.: A feminist scholar and faculty member at Charles University in Prague, Czech Republic where she teaches a variety of Jewish Studies, Feminist and Ecofeminist courses.