Why January is the worst time for resolutions

Are you thinking of resolutions for the new year? Here’s an idea: don’t.

I’m not saying that self-improvement is a bad idea, or that you shouldn’t try to improve yourself. I am saying that January is a uniquely terrible time to try to make those changes, and pressuring yourself into making all of them now is only going to make it less likely that you actually change. Here’s why.

What changes do knowledge workers want to make this year? We asked them. Read the Work Resolutions Report by Zapier to find out.

Getting back to normal after January is ambitious enough

You’re probably attending more parties than usual, which means you’re eating worse and drinking more. You might be traveling thousands of miles to visit family, during which you will end up sleeping on benches in the Chicago airport (regardless of whether you’re traveling anywhere close to Chicago, this will somehow end up happening.) You might also end up sleeping in your childhood bedroom while slipping into old patterns—fighting with siblings about stuff you forgot about decades ago, for example. Or maybe you’ll find yourself hosting family and friends, in which case the month is going to be an onslaught of logistical challenges culminating in far too few moments spent with the people you did it for.

It’s wonderful, sure, but it’s also a lot.

We cap this month off with a night of binge drinking, then wake up on January 1 promising to start being the best possible version of ourselves starting now (or possibly tomorrow because honestly this headache is pretty bad).

Is it any surprise most resolutions are abandoned before February? After a month like December, dramatic change isn’t realistic. Getting back to normal by January 15 is ambitious enough—and that’s what you should focus on. Make life-altering changes some other time.

The sun has forsaken us and everything is awful

It’s not just the calendar that’s conspiring against you. It’s also the sun. December is the darkest month of the year if you live in the northern hemisphere. January isn’t much better, but unlike December, you have to face it without any seasonal lights.

Depending on how far north you live, this makes everything harder. Snow makes your commute a lot more frustrating, and before you can even start driving, you have to dig a tunnel out of your house like some kind of arctic rodent. This can quickly derail motivation for starting a jogging habit, going to the gym regularly, or even just leaving the house. 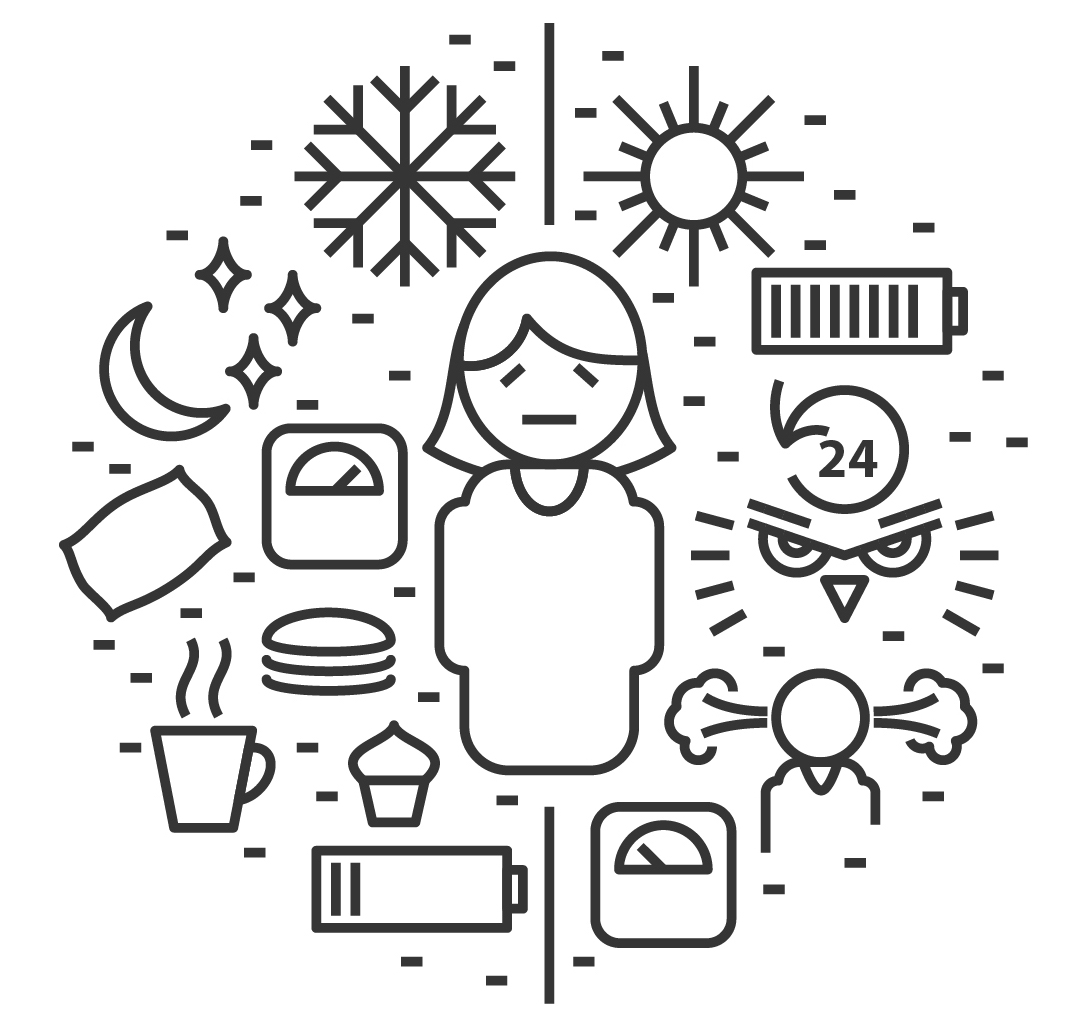 The lack of sunlight also affects human moods directly—especially in northern regions. It’s called Seasonal Affective Disorder, or SAD, and it has a real impact on motivation for a significant chunk of the population. To quote the U.S. National Institutes of Health’s National Library of Medicine:

Symptoms of winter seasonal pattern disorders center on sad mood and low energy. Information for the lay public identify that people with SAD can feel sad, irritable, and may cry frequently; and they are tired and lethargic, have difficulty concentrating, sleep more than normal, lack energy, decrease their activity levels, withdraw from social situations, crave carbohydrates and sugars, and tend to gain weight due to overeating.

Basically everything people commonly make New Year’s resolutions about—productivity, diet, exercise—are made harder by the lack of sun. And the farther north you live, the more likely you are to be affected.

This means that, for a good percentage of the population, January is one of the worst possible times to try to change your habits. And yet this is when many of us try, year after year, only to give up and not really think about self-improvement again until next December.

Change shouldn’t be an annual thing

People think of the new year as their one chance for self-improvement. It isn’t. There are 11 other months in the year, and you can decide to make a change in any of them.

Building new habits is hard; building a bunch of new habits at once certainly isn’t any easier. Combine that with how terrible a month January is for making any change, and it’s no wonder that most New Year’s resolutions fail.

So don’t make any resolutions. Skip the broad proclamations, which you will inevitably burn out on, and instead spend the early parts of January getting back into the flow of things. You’ve got all year to make yourself better.